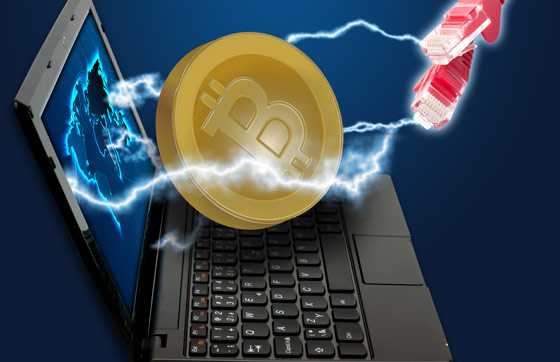 For the casual observer the underground online marketplace, often referred to as the DarkNet, seems to resemble the lawlessness of the Wild West. Over the last several years millions of dollars worth of digital crypto-currencies have been stolen, oftentimes by the very operators of the web sites tasked with managing the online digital “hot” wallets of its users. (A “cold” wallet is used to store crypto-addresses on your own Flash drive or can be written down on a piece of paper).

The most recent example comes to us from the “Evolution” Darknet, which according to a report from Crytpo Coins News shut down their web server and ran off with $12 million in user bitcoins:

Users of the popular darknet marketplace Evolution were disappointed over the last couple of days as the site has been unavailable. Spotty access is normally unsurprising for the market, and there is a long list of alternative URLs. But none of them have worked, so it appears the site is down.

Evolution has become much more active in the wake of the arrest and subsequent conviction of Ross Ulbricht, the operator of the first major darknet marketplace, Silk Road. Its operators do not have the same philosophical drive as did the Silk Road operator.

A user or users operating under the name Verto and Kimble appear(s) to be the culprits responsible for transferring the funds out of the Evolution network. But the story doesn’t end there.

The operators of Evolution did leave a note for their users letting them know what happened to the money. As you might expect, the $12 million in bitcoins that have been disappeared will be shared among the former admins of Evolution, with the operator of the site claiming he’s headed to the Caribbean to enjoy his profits:

Due to unforseen events I decided to close down Evolution Marketplace. We want to thank you guys for you effort and help making this the most profitable and popular marketplace. This wasn’t an easy decision but due to other marketplaces getting shut down and the forum going downhill I decided to cut my ties and exit with an eight figure profit. The millions from evo will be divided up amongst the mods a few admin and members. Since this is such an abundance of money I may consider buy ins from former evo members in exchange for 1k bitcoins. I’ll be around around for a short period of time before permanently moving to the caribbeans, I hope you guys understand.

Crypto-currencies like Bitcoin are gaining popularity across the world, but with the anonymity they provide the entire system remains open to unscrupulous brokers.

For those utilizing bitcoin and other crypto-currencies it is strongly recommended that they keep their funds in “cold wallet” storage to avoid broker shut downs and theft of “hot wallets” that are stored online.