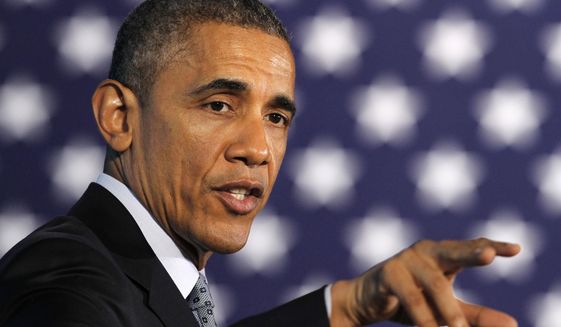 On Wednesday, Barack Obama was speaking at a town-hall event in Cleveland, Ohio when he openly endorsed the idea of mandatory voting laws.

The President mentioned the idea while in a dialogue about putting restraints on the influence that campaign donations and finances have on U.S. elections.

“It would be transformative if everybody voted,” said the politician who raised over a billion – with a B –  dollars during each of his two presidential runs. “That would counteract [campaign] money more than anything. If everybody voted, then it would completely change the political map in this country.”

“Other countries have mandatory voting,” the Presidentsaid referencing nations like Australia, which passed compulsory voting laws in 1924. Down Under, a citizen will be fined and can even be jailed in certain situations if they do not cast a ballot.

While Mr. Obama refrained from committing to pursuing legislation regarding the topic on a federal level, he did say that he believed “that [mandatory voting laws] may end up being a better strategy in the short term” to curb the massive impact money has on the election process.

This incredulous suggestion comes just months after Democrats received an overwhelming drubbing in the mid-term elections, which was blamed on low voter turnout.