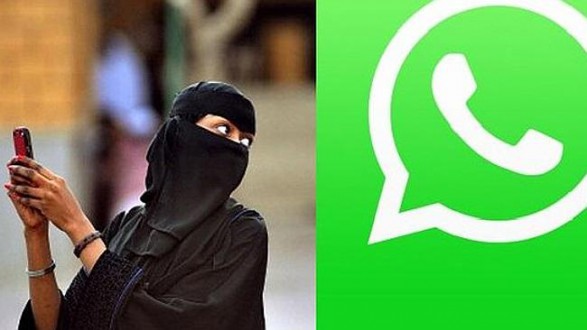 Why don’t they just outlaw women while they’re at it?

Sharia in action. The Saudis have spent billions to spread their ideology around the world. They have had great success, and now the collaborator in the White House is helping this ideology advance anywhere.

“Woman sentenced to 70 lashes and forced to pay a fine for insulting a man on private messaging service WhatsApp in Saudi Arabia,” by Lydia Willgress, MailOnline, March 16, 2015:

A woman in Saudi Arabia has been sentenced to 70 lashes after ‘insulting’ a man on private messaging service WhatsApp.

The defendant pleaded guilty to insulting the man but rejected the court ruling, according to a Gulf News report.

Article Three of the Saudi Anti-Cyber Crime Law states that any person who commits ‘defamation and infliction of damage upon others’ using technological devices might have to face imprisonment for up to a year and a fine not exceeding 500,000 Saudi Riyal (£90,171).

Two women from Jeddah were similarly sentenced to ten days in jail and 20 lashes in June last year after insulting each other using the messaging service.

A spokesman for the country’s Communications and Information Technology Commission said at the time: ‘We have been communicating with WhatsApp and other similar communication platforms to get them to co-operate and comply with the Saudi telecom providers, however nothing has come of this communication yet.’…