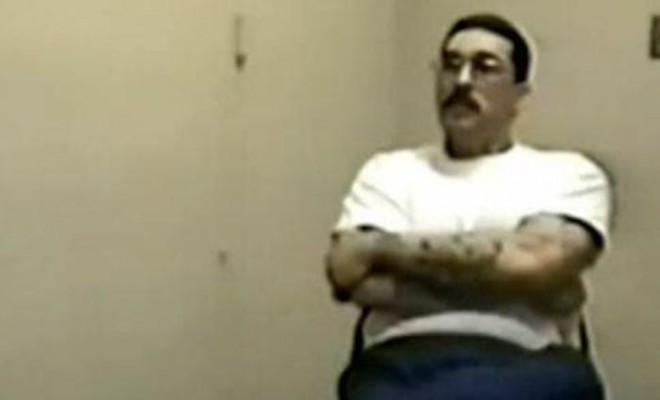 320 man hours and 38 LAPD employees were utilized to make the event happen, which took place back in January, after planners used an expired court order to allow Rene “Boxer” Enriquez ,52, to speak in front of the crowd despite the fact that law enforcement did not have the authority to remove Enriquez from custody.

Much like a gladiatorial match in ancient Rome, attendees of the event were told that a mystery guest would be speaking and that they would be “amazed, shocked, blown away and maybe even a little scared.”, according to a report.

Enriquez who is currently serving a 20-year to life sentence has been in prison since 1993 and was recently denied parole despite his  cooperation with authorities as he is still thought to be “a danger to society”, yet was allowed to speak unshackled in-front of shady spectators.

During the dinner speech Enriquez was featured on stage behind an ominous silhouette screen, shackled from head to toe, while he “described how an organization creates, delivers, and accumulates value economically, socially, and culturally”, according to a report.

Later the curtain was drawn and the killers shackled were removed while he described the inner workings of the Mexican Mafia.

Shockingly, after the dinner, guests were allowed to meet Enriquez in “pairs” as they got copies of his 2009 book about his life signed.

The LAPD’s misconduct in this matter is currently under investigation.