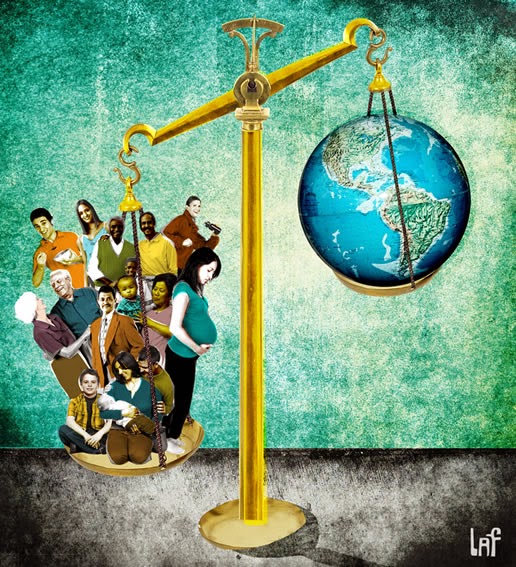 Part 1 of this series was a warning to children about a world that was stolen from them. It offered a stark condemnation to adults who continue to ignore the reality of the wicked ways in which government has used their money, both donated and extorted.

Part 2 suggested that the innate practicality of small, sustainable communities is a solution to the massive mismanagement by a government dedicated solely to a megacorporate/banker/war economy. Our modern economic system is actually not one built upon efficiency, as it is often believed to be; it is a system of massive inefficiency and predation, which has directly resulted in the bankrupt and war-ravaged world we see around us.

Part 3, posted below, makes the controversial argument that overpopulation is a myth, once again designed to steal our natural rights and turn our lives over to a system of centralized management. It is a system which very well could do much more harm than good.

The proposed mandates of Agenda 21 are indeed designed to convince people to welcome the idea of living in stack-and-pack cities micromanaged by a central authority with full control of all resources, lest we tear each other to pieces over resource wars.

However, is this herding an artificial construct that violates natural law? Does it actually lead to more violence and isolation rather than prevent it? And do the actual population numbers and space of planet earth suggest a different potential reality?

Stefan Verstappen challenges you to interrupt your regularly scheduled programming…

Get Stefan’s book The Art of Urban Survival