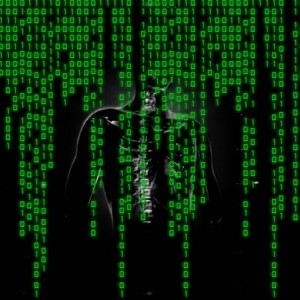 The average American spends more than 10 hours a day using an electronic device.  And most of that activity is not even interactive.  The vast majority of the time we are just passively absorbing content that someone else has created.  This very much reminds me of the movie “the Matrix”, but with a twist.  Instead of humans being forcefully connected to “the Matrix”, we are all willingly connecting ourselves to it.  There is a giant system that defines our reality for us, and the length of time that the average American spends connected to it just continues to keep growing.  In fact, there are millions upon millions of us that simply do not “feel right” unless there is at least something on in the background.  Just think about it.  How much time do you spend each day with all electronic devices completely turned off?  Thanks to technology, we live at a time when more news, information and entertainment is at our fingertips than ever before, and we are consuming more of it than ever before.  But this also gives a tremendous amount of power to those that create all of this news, information and entertainment.  As I have written about previously, more than 90 percent of the “programming” that we absorb is created by just 6 enormously powerful media corporations.  Our conversations, attitudes, opinions and belief systems are constantly being shaped by those entities.  Unfortunately, most of us are content to just sit back and let it happen.

The following numbers regarding the media consumption habits of average Americans come directly from Nielsen’s most recent “Total Audience Report“.  The amount of time per day that Americans spend using these devices is absolutely staggering…

Listening to the radio: 2 hours, 44 minutes

When you add it all up, the average American spends more than 10 hours a day plugged into the Matrix.

You have heard the old saying “you are what you eat”, right?

Well, the same applies to what we put into our brains.

When you put garbage in, you are going to get garbage out.

In my recent article entitled “It’s Official: Americans R Stupid“, I discussed how the U.S. population is being systematically “dumbed down” and how we are now one of the least intelligent industrialized nations on the entire planet.

A big contributor to our intellectual and social demise is the Matrix that has been constructed all around us.

Virtually every television show, movie, song, book, news broadcast and talk show is trying to shape how you view reality.  Whether you realize it or not, you are constantly being bombarded with messages about what is true and what is not, about what is right and what is wrong, and about what really matters and what is unimportant.  Even leaving something out or ignoring something completely can send an extremely powerful message.

In this day and age, it is absolutely imperative that we all learn to think for ourselves.  But instead, most people seem more than content to let the Matrix do their thinking for them.  If you listen carefully, you will notice that most of our conversations with one another are based on programming from the Matrix.  We all love to talk about the movie that we just saw, or what happened on the latest reality show, or what some famous celebrity is doing, or what we saw on the news that morning.  The things that matter to us in life are the things that the Matrix tells us should matter.

And if someone comes along with information that contradicts the Matrix, that can cause anger and confusion.

“If that was true I would have seen it on the news.”

To many people, the Matrix is the ultimate arbiter of truth in our society, and so anything that contradicts the Matrix cannot possibly be accurate.

Fortunately, more people than ever are waking up enough to realize that they have a choice.

It is kind of like that moment in the Matrix when Neo is being offered the red pill and the blue pill.

Admittedly, a lot of people that do begin to wake up choose to take the blue pill and go back to sleep.

But there are so many others that are grabbing the red pill.  That is why we have seen such an explosion in the popularity of the alternative media in recent years.  Millions of people all over the planet now understand that they are not getting the truth from the Matrix and they are hungry for real information.

Yes, the Internet is being used for unspeakable evil, but it can also be used for great good.  The Internet has allowed ordinary people like you and I to communicate on a mass scale like never before in history.  The Internet has allowed us to reclaim at least some of the power that we have lost to the Matrix.  I don’t know how long this period of history will last, so we should make full use out of this great tool while we still have it.

But I also want to take my readers on a journey down the rabbit hole.

Our world is about to get really, really strange, and I would like to be a light in the chaos.

Personally, I believe that it is a great privilege to be alive at this time in human history.

It is a time when everything that can be shaken will be shaken, but it will also be a time when those that stand for what is right will shine like the stars.

So what do you think about all of this?  Please feel free to add your two cents by posting a comment below…