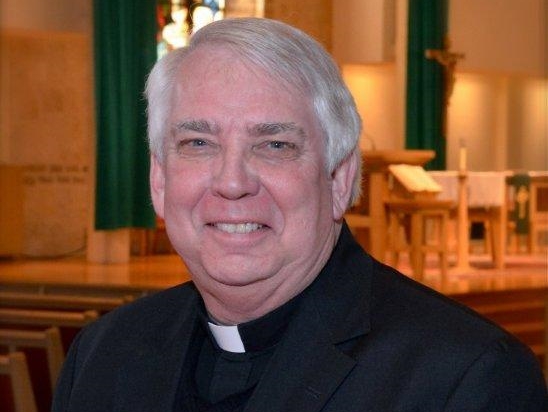 There was once a time when the Catholic Church was filled with justice, when it drove out heretics and uprooted all that was contrary to true doctrine and orthodoxy. Now it has become almost like a club, where sodomite priests run rampant and advance the most demonic homosexual agenda. While Pope Francis has done some good (and we have specified them on this website numerous times), he has also done things that are worthy of criticism.

He has commended Islam, prayed at the Blue Mosque in Turkey (the nation of the Antichrist), and kissed the hand of Michele de Paolis, one of the most notorious homosexual activists in Italy.

For this, he was excommunicated. The Vatican is excommunicating him, yet they are not excommunicating the multitude of corrupt and evil bishops and priests who are running rampant throughout the Church. It is true that Francis did excommunicate Fr. Greg Reynolds for teaching feminist and pro-homosexual views, but he needs to clean the rest of these deviants out.

Deacon Ron Walker and the Bishop of Austin, Joe Vasquez, and Vicar General Daniel Garcia, did nothing to have Robert L. Kincl punished, even after they promised to take care of this evil. Why Pope Francis excommunicated Bishop Williamson, why doesn’t he also excommunicate Robert L. Kincl? I did a whole video on this:

Not only this, but we also have Msgr. Michael Yarbrough, a priest who forced himself on a young man named Hector Escelante and kissed him on the lips. Yarbrough is also a major donor to a homosexual activist group. Why hasn’t the Pope excommunicated this deviant?

While we were doing some work in Texas, we were told of a man named Msgr. Michael Yarbrough (also known as Michael Yarborough), and how he is a deviant priest who forcefully kissed a young man named Hector Escalante on the lips, and how he was supporting a pro homosexual group called Call to Action.

Well, we decided that we were going to bait Msgr. Michael Yarbrough. I visited him in a confessional booth where I told him my age and apparently it registered an interest, and he asked me if I wanted to come and hang out with him. He fell for the bait. I found it very odd that a priest of his high position, with a very busy schedule, would all of a sudden want to spend time with me.

I accepted his offer, and gave him a call, and asked him if we would meet at a book store. He said that he preferred that we meet in his office.

When I did research on Msgr. Michael Yarbrough, I found a 2002 report written in the San Antonio Express which stated:

Hector Escalante complained that Monsignor Michael Yarbrough kissed him on the lips and groped him in his office in 1998 when Escalante was 27, on his last day on the job as a St. Matthew’s Parish employee.

Yarbrough admitted kissing him but said Escalante misunderstood the gesture, which the priest said was common among men in his family. He denied groping Escalante.

Imagine, a man kissing another man on the lips as “common.”

So, we had the meeting at the bookstore, and after some conversation, I busted him on his heresies and his scandals, and also paid a visit to his church, where I was eventually kicked out by his followers (who probably know nothing on how evil this heretic is). Here is the video:

If our Lord entered the Temple with a whip, the least we can do is confront these devils, and do so with aggression, and film them. Instill fear into their hearts, and horrify them into submission.

It is my aspiration that this video will begin an international movement I call Operation Whip. We must confront the deviant and heretical ministers, and not only that, we must film them and post the videos on the internet. It’s time to apply the whip (peer pressure) on them.

This will break their will and put us, the zealous, in the position of power and advantage over them, and make them submit to God and not to money and mammon.

The time for weakness and sycophancy is over, there must be a movement of zealots who will take up cameras, confront these wicked ministers, and make them tremble.

For decades, righteous Christians have been being mistreated and ignored by church leaders, and this is because so many Christians have, innocently, placed themselves under the authority of the hirelings with the impression that they are doing the right thing by being submissive, even when they are promoting evil and depravity.

It is the same with cults and corrupt ministers. The reason why we have them is because of all the people who support them and agree with them. But even in churches where the minister is corrupt, you have righteous congregants who do want to learn truth, who instead get nothing but the rubbish that springs from the superficial love of mammon.

These righteous Christians will go to the pastor, try to talk to them, but will get nothing but a passing of the buck, some nice words, some empty promises from the pastor that he will “think about it.” Or, they will try to set up a meeting with the pastor, but will get continuous excuses such as “the pastor is very busy” or endless postponements.

The days of wasting time and struggling just to get a useless meeting with a pastor, are over. Now we are in the days that obligate us to confront these wicked ministers, just as our Lord confronted those who were prostituting His Father’s Temple with zeal and a whip.

This is what Operation Whip is about, confronting pastors and teachers when they preach heresy and evil, get it on film, expose them.

I ask you, confront any wicked pastor or teacher you know, film it, post it online, and send it over to shoebat.com with proof of his evils, and we will make sure that it is seen. We have to shift the battle against them.

If we can all do this, then we can clean out the Church in a matter of months.