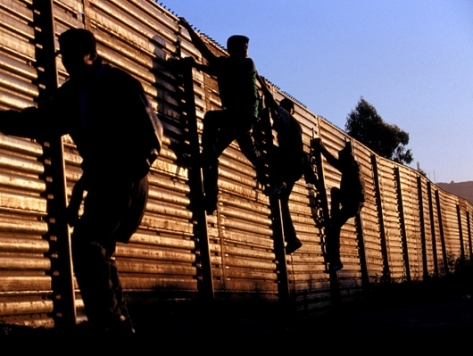 Last year, it was discovered that the Obama administration had orchestrated the invasion of illegals pouring across the southern border into the United States. Now, it’s being reported that a second wave of illegals are now crashing the border, as more than 30,000 illegals are released into the cities of America by Homeland Security.

According to a report by the United States Border Patrol, 11,133 family units have been caught crossing the border since October 2014. The report indicates that these “family units” are “individuals (either a child under 18 years of age, parent or legal guardian) apprehended with a family member by the US Border Patrol.”

Of that number, 12,509 unaccompanied alien children were caught. That is in addition to the tens of thousands of unaccompanied children in fiscal year 2014.

The citizenships of these illegals range from El Salvador to Guatemala to Honduras to Mexico. They have been caught crossing the border from Texas to California.

Paul Bedard at the Washington Examiner further points out:

However, when compared to the numbers of illegal kids turned over to U.S. Immigration and Customs Enforcement, it is clear that most are being “booked in” to U.S. facilities and then released — not sent home.

ICE documents provided to the Washington Examiner shows that ICE is accepting an average of 2,000 a month, meaning that the Border Patrol is returning just one of six kids to their countries, mostly Mexico, Guatemala, El Salvador and Honduras.

For example, the papers show that ICE “booked in” 2,355 unaccompanied youths in December 2014, second only to the previous December’s 3,582.

“And this is supposed to be the slow time of year,” said expert Jessica M. Vaughan, director of policy studies at the Center for Immigration Studies. “Cities and towns that have already received large numbers of unaccompanied illegal alien minors should brace themselves to repeat the process again in the coming months,” she added.

Based on those figures and her experience charting the last year’s surge of illegal immigrants, teens, she projected that U.S. border officials are on track seize about 42,000 unaccompanied alien children, or UACs, this year.

Though the Obama administration has talked about returning illegals, that doesn’t seem to be exactly how things are playing out, does it?

In fact, Bedard indicated that the numbers actually making it into the US are higher than these in the report.

“The numbers seized at the border are typically higher than the number of those booked into the United States since some are turned back,” he wrote. “What’s more, only about half of those who try to cross the border illegally are typically caught or even noticed.”

Illegal males outnumber illegal girls two to one and the largest age group of children crossing the border are 17-year-olds.

Meanwhile, Homeland Security confirmed that it released more than 30,000 illegal aliens back into America’s neighborhoods and towns. As the Obama administration releases more and more illegals into America, they continue to continue to commit more crimes. In fact, in December, it was reported that 4,317 charges were filed against illegal alien pedophiles in the State of North Carolina alone.

This is what happens when the man who is charged with the enforcement of immigration laws smiles and says that those laws are “not smart” and “don’t make any sense.”

Tim Brown is husband to his wife, father of 10, jack of all trades, Christian and lover of liberty. He is an author and Editor at FreedomOutpost.com and Sons of Liberty Media. Residing in the U.S. occupied Great State of South Carolina, He is considered the “Troubler of Israel.” Tim is also an affiliate for the brand new Joshua Mark 5 AR/AK hybrid semi-automatic rifle. Follow Tim on Twitter.