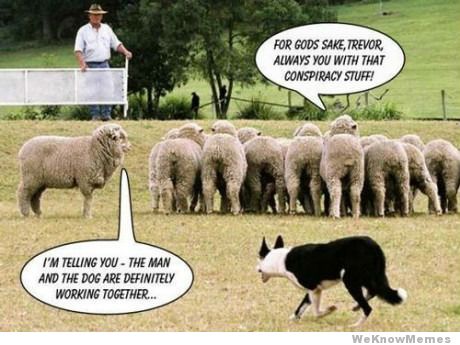 The popular activist feels emboldened and tells the people the truth about the media they watch on a daily basis.  “Turn off the biggest propaganda machine in the history of the world”.  He is spitting in the face of the corporations that run this planet. The corporations strike back with their endless made for TV propaganda.

On national TV, Howard Beale tells the truth about the mainstream media and how they have brainwashed generations of Americans. “Less than 3% of you read books and only 15% of you read newspapers; The only truth you know is what comes out of this __ damn tube”….  “Turn off your television….”   …. You dress like the tube, you act like the tube, you even think like the tube…Turn your television off right now and leave it off….This is madness….you are reality, we are the illusion….Woe us all if television ever falls into the wrong hands”.

After Americans heed Howard Beale’s advice and turn off the TV once and for all, the low ratings, the poor advertising results prompts the network executives, the guardians of the corporate gate, to subsequently confront Beale and warn him to stop his activism in no uncertain terms. “There are no peoples, there are no nations”….There are only the corporations.

The TV executives emphatically state “You are messing with the primal forces of nature Mr. Beale…”  And like so many visionaries (JFK, MLK, RFK) and activists (Hastings, Breitbart, Clancy), Beale is “dealt with”.

There is no “next man up” in this society of cowards.

The people return to their old ways and nobody reads,nobody questions authority, they only watch the tube. BEING A SHEEP IS A TERMINAL CONDITION

You have messed with the primal forces of nature, Mr. Beale.  “….there are no nations, no people, there are only the corporations….”