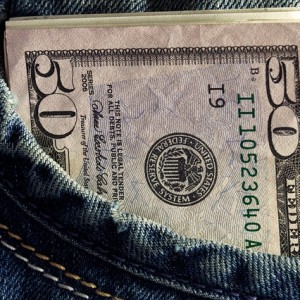 The move to a cashless society won’t happen overnight.  Instead, it is being implemented very slowly and systematically in a series of incremental steps.  All over the planet, governments are starting to place restrictions on the use of cash for security reasons.  As citizens, we are being told that this is being done to thwart criminals, terrorists, drug runners, money launderers and tax evaders.  Other forms of payment are much easier for governments to track, and so they very much prefer them.  But we are rapidly getting to the point where the use of cash is considered to be a “suspicious activity” all by itself.  These days, if you pay a hotel bill with cash or if you pay for several hundred dollars worth of goods at a store with cash you are probably going to get looked at funny.  You see, the truth is that we have already been trained to regard the use of large amounts of cash to be unusual.  The next step will be to formally ban large cash transactions like France and other countries in Europe are already doing.

Starting in September, cash transactions of more than 1,000 euros will be banned in France.  The following comes from a recent Zero Hedge article which detailed what these new restrictions will do…

Prohibiting  French residents from making cash payments of more than 1,000 euros, down from the current limit of  3,000 euros.

Given the parlous state of the stagnating French economy the limit for foreign tourists on currency payments will remain higher, at 10,000 euros down from the current limit of 15,000 euros.

The threshold below which a French resident is  free to convert euros into other currencies without having to show an identity card will be slashed from the current level of 8,000 euros to 1,000 euros.

In addition any cash deposit or withdrawal of more than 10,000 euros during a single month will be reported to the French anti-fraud and money laundering agency Tracfin.

French authorities will also have to be notified of any freight transfers within the EU exceeding 10,000 euros, including checks, pre-paid cards, or gold.

We don’t have these kinds of outright bans in the United States just yet, but what we do have are some very strict reporting requirements.

Banks, bank holding companies, and their subsidiaries are required by federal regulations53 to file a SAR with respect to:

And now the Obama administration is saying that just filling out suspicious activity reports may not be good enough.

According to the Wall Street Journal, banks are actually being encouraged to directly contact law enforcement if they see something that does not look right…

The U.S. Justice Department’s criminal head said banks may need to go beyond filing suspicious activity reports when they encounter a risky customer.

“The vast majority of financial institutions file suspicious activity reports when they suspect that an account is connected to nefarious activity,” said assistant attorney general Leslie Caldwell in a Monday speech, according to prepared remarks. “But, in appropriate cases, we encourage those institutions to consider whether to take more action: specifically, to alert law enforcement authorities about the problem.”

The remarks indicate that banks may be expected to do more than just file SARs, a responsibility that itself can be expensive and time-consuming.

That should send a chill up your spine.

In a recent piece, Simon Black imagined a future scenario in which some unsuspecting American citizen goes to the bank to withdraw a large amount of cash…

Imagine going to the bank to withdraw some cash.

Having some cash on hand is always a prudent strategy, and especially today when more and more bank deposits are creeping into negative territory, meaning that you have to pay the banks for the privilege that they gamble with your money.

You tell the teller that you’d like to withdraw $5,000 from your account. She hesitates nervously and wants to know why.

You try to politely let her know that that’s none of the bank’s business as it’s your money.

The teller disappears for a few minutes, leaving you waiting.

When she returns she tells you that you can collect your money in a few days as they don’t have it on hand at the moment.

Slightly irritated because of the inconvenience, you head home.

But as you pull into your driveway later there’s an unexpected surprise waiting for you: two police officers would like to have a word with you about your intended withdrawal earlier…

Perhaps you don’t think that anything like that could ever happen to you.

Well, consider what the feds are doing to one widow in Iowa…

A widow’s bank account was seized by the IRS and she now facescriminal charges for depositing her legal inheritance money in lumps instead of all together.

Janet Malone, 68, had $18,775 seized from her — money that was legally earned and was legally bestowed to her by her late husband, Ronald Malone. The problem, according to the government, was the fact that she deposited it in several lumps instead of all at once.

According to the Associated Press, Mrs. Malone deposited the cash in increments between $5,800 and $9,000. The widow’s private financial affairs evidently set off red flags under the watchful gaze of the federal government.

Remember, she was not guilty of committing any crime other than depositing cash in lumps instead of all at once.

If this is how ruthless the feds will be with an elderly widow, how would they treat you under similar circumstances?

So why are they doing this?

The truth is that they want to discourage the public from using cash.  Our government, just like governments all over the planet, is not being shy about the fact that it does not like cash.  If they can make people afraid to use cash, that suits their purposes very well.

And with each passing year the restrictions on the use of cash globally will just get tighter and tighter and the role that cash plays in our lives will just become smaller and smaller.

In the end, a transition to an almost entirely cashless society will seem almost natural.  Cash is being killed off one slow step at a time, and at this point hardly anyone is objecting.