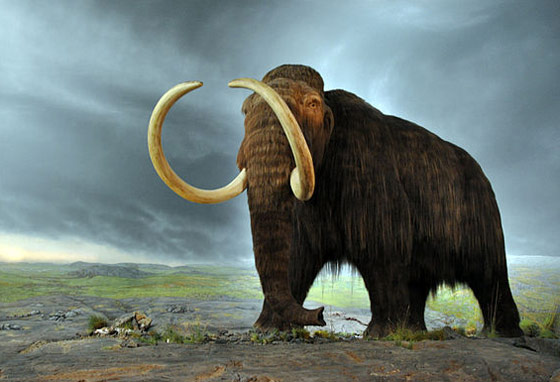 In the film Jurassic Park scientists spliced the DNA of extinct dinosaurs with modern animals to bring them back to life. The idea that we could bring back an extinct species back to life is fantastical and normally reserved for Hollywood fiction, but a new experiment by researchers at Harvard University has reportedly succeeded in mimicking the process used in the blockbuster movie.

According to Popular Science, the DNA of the Woolly Mammoth, which went extinct over 4,000 years ago, has been spliced with that of the Asian elephant. “We now have functioning elephant cells with mammoth DNA in them,” says Harvard genetics professor George Church.

Geneticist George Church’s lab at Harvard University successfully copied genes from frozen woolly mammoths and pasted them into the genome of an Asian elephant.

Using a DNA editing tool called CRISPR, the scientists spliced genes for the mammoths’ small ears, subcutaneous fat, and hair length and color into the DNA of elephant skin cells. The tissue cultures represent the first time woolly mammoth genes have been functional since the species went extinct around 4,000 years ago.

The work is part of an effort to bring extinct species back from the dead, a process called “de-extinction”. The recent breakthrough shows that one proposed de-extinction method–which involves splicing genes from extinct animals into the genomes of their living relatives–just might work.

Scientists claim that one benefit of such genetic advancements is that elephants could be bred to survive in colder climates, helping them to avoid dangers posed by humans.

But analysis by notable researchers like Steve Quayle and Tom Horn suggest that such transhumanist technologies are being developed for an eventual forced evolution of the human genome.

In the introduction to his book Xenogenesis Quayle warns “monsterous creations are being developed with secret technology in labs around the world.” While scientists maintain that they are helping humanity with the new research, the consequences according to Quayle will be unlike anything mankind has seen.

What is being developed in those secret research labs is “the production of an offspring entirely different from either of the parents, transformed though the addition of DNA from an alien or animal to the normal genetics of a human being,” according to Quayle.

The Harvard Researchers claim that we are nowhere near having an actual Woolly Mammoth walking the earth again, but they are going to keep moving forward with the new technologies. “There is more work to do, but we plan to do so,” says Harvard’s George Church.

What do you think? Will the human race soon be spliced with DNA from creatures like sharks, birds or cheetahs that would then give us super hero like abilities to breath under water, fly or run at incredible speeds?