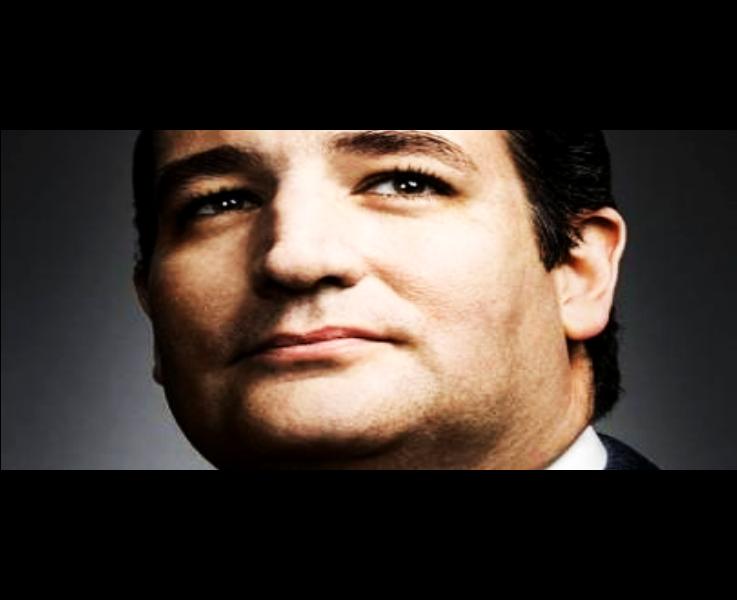 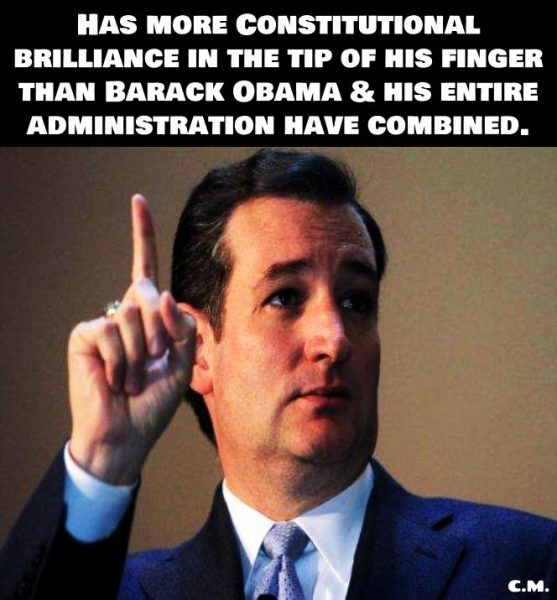 With the recent announcement by United States Senator Ted Cruz making known his intentions to run for the office of president of the United States in 2016, the orthodox reaction by the left-wing media muckrakers and RINO establishment blowhards was both swift and expected. Neither one of these hypercritics failed to disappoint when it came to expressing their amplified manic hyperbole of obnoxious derision and denigration towards the freshman Senator from Texas. With GOP Representative from New York Peter King’s berserk rant following Cruz’s pronouncement, referring to Cruz as “a guy with a big mouth” and a “carnival barker“, now regarded as one of the most churlish spectacles of undignified conduct shown so far by a Republican in reaction to Cruz’s stated bid for the presidency. Subsequently too, we have in the various provinces of social networking the archetypical white-bread arguments disputing Cruz’s eligibility to be president, despite the fact Cruz’s eligibility had already been confirmed and was declared valid years ago. From this imbroglio of contention on the matter of eligibility have come various, incongruous comparisons between Senator Cruz and president Barack Hussein Obama.

A more erroneous and inaccurate attempt at comparisons could not be made.

Comparisons it should be noted based on specific issues which the mainstream media deliberately ignored, turning a willfully blind eye to as they’d pertained to Barack Obama during his initial run for the presidency, which now, of course, they’re more than glad to ascribe to Ted Cruz.

The irrelevant and distracting subject of eligibility aside, consider the fact that Obama has literally spent millions just to have Lawyers keep his college transcripts under wraps and away from prying eyes. As pointed out back in an August 8th, 2012 article by Jack Cashill at wnd.com under the apropos title, ‘MYSTERY MAN: WHY DID OBAMA SEAL HIS TRANSCRIPTS?’, this question is explored further:

~The question that needs to be asked, of course, is: Why has Obama sealed all of his transcripts, his theses and his test scores? David Maraniss had the opportunity to find out when he interviewed the president for his half-baked biography, “Barack Obama: The Story.” He failed to do so.

Instead of checking his college records, or even asking why they have been sealed, Maraniss simply took Obama’s word on his grade point average. Obama claimed a 3.7 (out of 4) at Columbia. This is unlikely. Although Obama did graduate from Columbia, he did not graduate with honors. This much we know from the graduation program.

In “The Bridge,” Obama-friendly biographer David Remnick concedes that Obama was an “unspectacular” student at Columbia and at every stop before that. A professor who wrote a letter of reference for Obama reinforces the point, telling Remnick, “I don’t think [Obama] did too well in college.”

Then we have an October 24th, 2014 article at youngcons.com detailing Obama’s subsequent teaching career as an adjunct professor at Chicago Law and the stated opinions of his peers as they relate to Obama’s job performance during his stint there.

~Isn’t it refreshing to know we have such a competent Commander-in-Chief?

Doug Ross reported this and more:

I spent some time with the highest tenured faculty member at Chicago Law a few months back, and he did not have many nice things to say about “Barry.” Obama applied for a position as an adjunct and wasn’t even considered.

A few weeks later the law school got a phone call from the Board of Trustees telling them to find him an office, put him on the payroll, and give him a class to teach. The Board told him he didn’t have to be a member of the faculty, but they needed to give him a temporary position. He was never a professor and was hardly an adjunct.

The other professors hated him because he was lazy, unqualified, never attended any of the faculty meetings, and it was clear that the position was nothing more than a political stepping stool. According to my professor friend, he had the lowest intellectual capacity in the building. He also doubted whether he was legitimately an editor on the Harvard Law Review, because if he was, he would be the first and only editor of an Ivy League law review to never be published while in school (publication is or was a requirement).

Consider this: 1. President Barack Obama, former editor of the Harvard Law Review, is no longer a“lawyer”. He surrendered his license back in 2008 possibly to escape charges that he “fibbed” on his bar application.

3. So, we have the President and First Lady – who don’t actually have licenses to practice law. Facts.

5. The University of Chicago released a statement in March, 2008 saying Sen. Barack Obama (D-Ill.) “served as a professor” in the law school, but that is a title Obama, who taught courses there part-time, never held, a spokesman for the school confirmed in 2008.~

When it comes to the evasiveness of America’s 1st black president, isn’t it curious how as we begin with one simple question, that single query draws us into a muddled catechism rife with even more questions. Questions replete with vague, insubstantial answers, if we’re even granted any answers at all beyond the standard accusations of being racist for daring to infer questionable motives to Obama’s deliberate furtiveness. 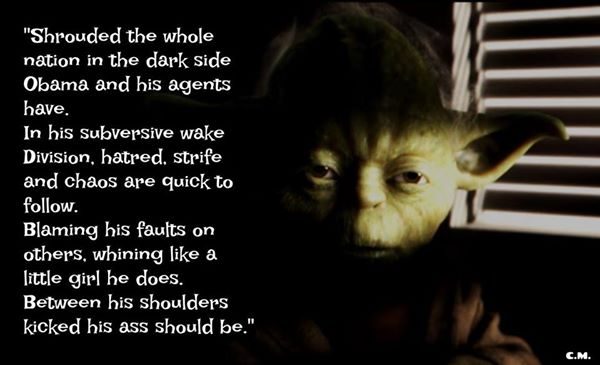 I just find it ironic with the article at Young Cons, we have Obama’s own peers describing him to be unqualified in his position at Chicago Law as an adjunct professor. I’d attributed that trait to Obama from the beginning of his emergence on the national political stage once it became a foregone conclusion that he was going to be the Democratic Party nominee for president back in 2008 (after Democrats basically kicked Hillary Clinton to the curb like a sack of trash). Now going on 7 years into this grifters catastrophic presidency, this disclosure can’t help but bolster and give credence to the already extant bewilderment of millions who have been unable to understand how such a corrupt derelict could possibly achieve the highest office of our land, but yet…Here we are. Being led by a dangerous buffoon who has much business being where he is as a monkey has being behind the wheel of a packed commuter bus and driving it through rush hour traffic in Kansas City. 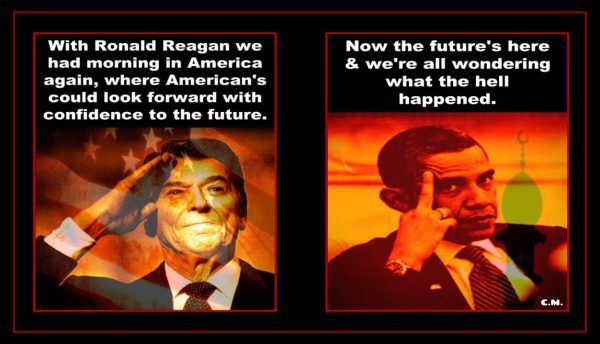 Another point of interest in the Young Cons article centers on Obama’s chronic avoidance of faculty meetings. This dovetails with a more contemporary chronicle that revealed how Obama had skipped more than half of his daily intelligence briefings since his regime began. As the September 11th, 2012 article headline at newsmax.com illustrates:

President Barack Obama has missed more than half of his daily intelligence briefings since he came into power, a new report shows.Obama has been to less than 44 percent of the vital meetings, the White House admits, with his attendance reaching a low spot towards the end of 2011 and the start of this year.

Obama’s attendance figures were prepared by the conservative Government Accountability Institute, and were not disputed by the White House. At one point he was attending fewer than two meetings out of five. 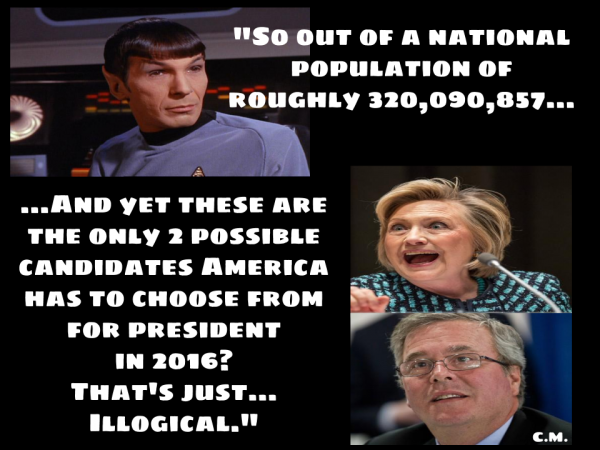 Which brings us back full circle to present day in the aftermath of Ted Cruz’s having publicized his presidential aspirations (like a ray of sunlight cutting through the bleak cloud of this GOP establishment driven Jeb Bush candidacy we’re looking to have shoved -like it or not- down our collective throats) and the ensuing cacophony of left-wing screechers and RINO howlers. Which then, as I said before, has led to these inevitable and disparate comparisons currently being made between Cruz and Obama. Whatever similarities they may share in that each has only served as a Senator prior to their seeking nomination to the presidency, from that juncture any analogy inferred between the 2 is the equivalent of apples to oranges.

So what is the accumulated conspectus of Ted Cruz’s academic track record and political achievements in contrast to Barack Obama? I’m glad you asked. To begin with, here’s a synopsis of Cruz’s biography that can be found at www.cruz.senate.gov:

~Ted’s calling to public service is inspired largely by his first-hand observation of the pursuit of freedom and opportunity in America. Ted’s mother was born in Delaware to an Irish and Italian working-class family; she became the first in her family to go to college, graduated from Rice University with a degree in mathematics, and became a pioneering computer programmer in the 1950s.

Ted’s father was born in Cuba, fought in the revolution, and was imprisoned and tortured. He fled to Texas in 1957, penniless and not speaking a word of English. He washed dishes for 50 cents an hour, paid his way through the University of Texas, and started a small business in the oil and gas industry. Today, Ted’s father is a pastor in Dallas.

Ted graduated with honors from Princeton University and with high honors from Harvard Law School. He served as a law clerk to Chief Justice William Rehnquist on the U.S. Supreme Court. He was the first Hispanic ever to clerk for the Chief Justice of the United States.

From 2004-09, he taught U.S. Supreme Court Litigation as an Adjunct Professor of Law at the University of Texas School of Law.~

The reality is conspicuous and irrefutable when contrasting Barack Obama’s personal resume and the singular fact that it wouldn’t hold a candle to Ted Cruz’s. I’d be willing to wager the same could also be said about the resumes for many of Cruz’s Republican establishment colleagues (backstabbing, lowbred RINO’s such as Peter King are the first ones to come to mind). 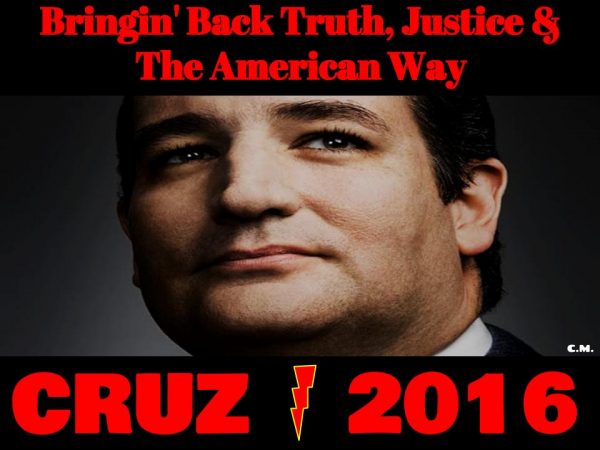 People who want to rail on about Cruz’s eligibility and lack of experience haven’t been paying attention to these last 6 years of this harbinger occupying the White House that has heralded the most anti-Christian, anti-American scorched earth presidency in American history, that has literally laid waste to the natural order and rule of law as we’ve known it in our country. 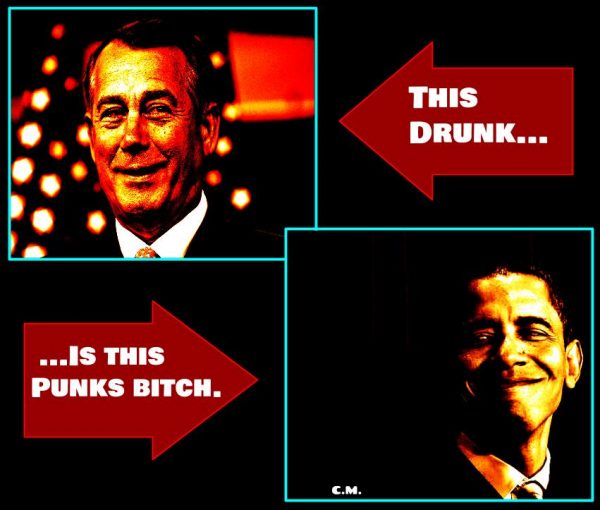 Where has GOP leadership been during that entire time to step up and provide genuine resistance to all of the rampant lawlessness they like to tell us Obama is habitually committing? All I’ve ever seen them do is surrender to the designs of this community agitator every single time. The few, sober minded Junior Republican members (Ted Cruz, Rand Paul, and Mike Lee) whom I have seen stand up to this criminal administration on occasion have done so only to face either rebuke, name calling or both from the senior members of their own Party (remember McCain’s reference to Cruz and Paul as “wacko birds?). 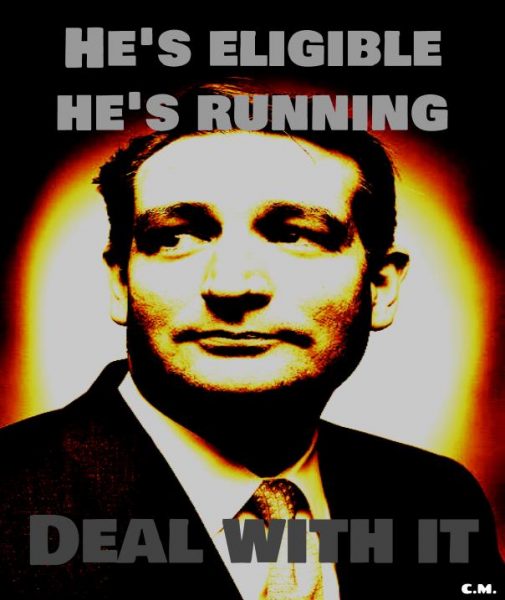 Now as events leading up to 2016 have begun escalating, the only viable solution I see for setting right everything Obama, the Democratic Party and their collaborating RINO colleagues have purposely made wrong in 6 short years is Ted Cruz. Since he rose to prominence as a United States Senator I’ve followed Cruz. I’ve seen him artfully put U.S. Attorney General Eric Holder on the spot while making Senator Dianne Feinstein look like a fool. I’ve seen him piss off all the right people in the GOP establishment and their select water carriers on Fox News. I could go on with the accolades, but in closing, I think instead I’ll just let Ted speak for himself.