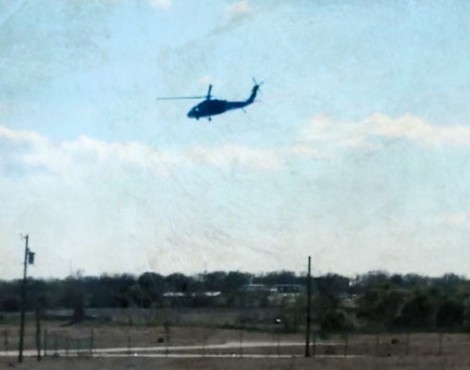 The below video was filmed and posted yesterday by Aaron Dykes and Melissa Melton of Truthstream Media.

Could it be that these military helicopters are part of the coming Jade Helm exercises?

After watching two chinooks fly over her house, Melton posted this to Facebook:

Just saw two of those giant chinook military transport helicopters flying in tandem over my house… anyone know if those DoD exercises are going on in Texas yet?

Here is some footage:

Please take note that there are no known military bases in the vicinity.

The video comes with the following description:

We’ve seen at least four or five military helicopters (and heard more that we couldn’t see due to cloud cover) in the Round Rock/Hutto/Georgetown/Taylor Texas area today, including two giant chinooks flying in tandem low enough and loud enough to rattle windows. We’ve been told there’s a mass civil unrest drill going on here that involves 3,000+ soldiers…

Gee… What do you think the government knows that we don’t?

Jade Helm 15 is set to run from July 15 to September 15, 2015. Recently it has been reported that Florida and Mississippi were added to the list of targeted states. 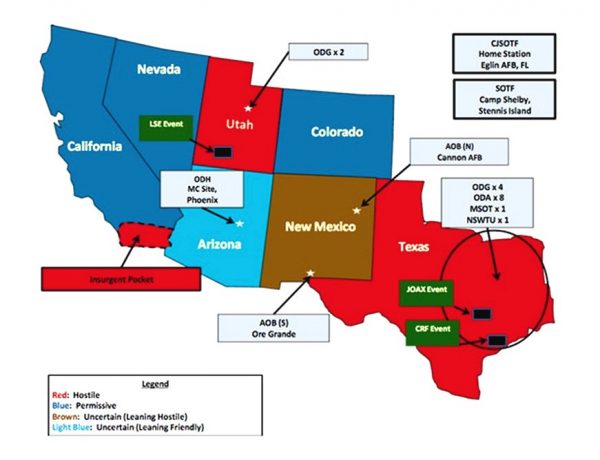 Are the helicopters witnessed by Aaron and Melissa a preview of what is coming?

Whether this is part of the preparations for Jade Helm, or something completely different, it is clear that more activity in Texas can be expected in coming months. After all, Texas has been labeled as “hostile” for the purposes of the Jade Helm exercise (see above map).

Regardless of whether yesterday’s helicopters were related, Jade Helm 15 is very real and happening soon. I have attached an additional document for those who want to more fully understand the scope of these exercises.