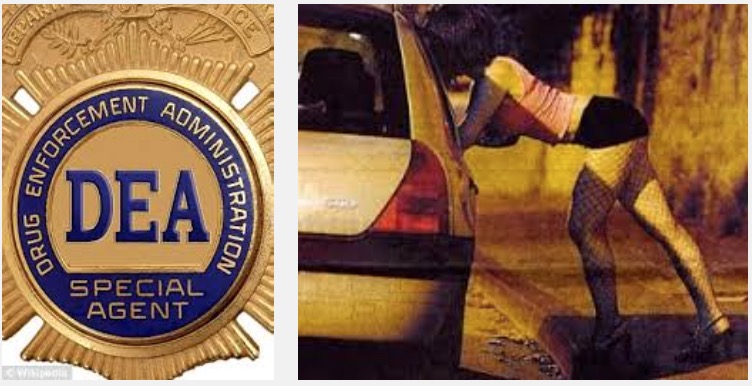 Washington, DC — A new Inspector General’s report on sexual harassment reveals that DEA agents engaged in sex parties with prostitutes hired with money from drug cartels. The report is the conclusion of an investigation sparked by the 2012 revelations that Secret Service agents and at least two DEA agents had hired prostitutes in Cartagena, Colombia. The Inspector General report reveals these practices were carried out over a period of several years and involved more DEA agents than previously thought.

According to the report, 7 of 10 DEA agents admitted to attending parties at U.S.-leased facilities in an unspecified country (a law enforcement official identified it as Colombia and the report refers to the Colombia incidents elsewhere). A foreign official “alleged providing protection for the DEA agents’ weapons and property during the parties.” The report also says other foreign officials claimed three DEA agents in particular “were provided money, expensive gifts, and weapons from drug cartel members.”

Although some of the DEA agents participating in these parties denied it, the information in the case file suggested they should have known the prostitutes in attendance were paid with cartel funds.

Two of the agents were charged with “obstruction of an official investigation” for deleting text messages regarding the incident. This reflects a deeper problem with agency transparency. The 139 page report stated that the DEA had been uncooperative in releasing information regarding “a particular open case” of sexual harassment:

The OIG was not given access to this case file information until several months after our request, and only after the misconduct case was closed. Once we became aware of the information, we interviewed DEA employees who said that they were given the impression that they were not to discuss this case with the OIG while the case remained open.

Other agencies investigated in the report were the FBI, ATF, and the U.S. Marshals Service. The report found that the FBI, USMS, and DEA often failed to fully investigate claims of sexual harassment. It said the FBI and USMS chose not to investigate some claims at all.

The Department of Justice takes the issues raised in the Inspector General report seriously and…is taking steps to implement policies and procedures to help prevent them from happening in the future.

The Department is already working with the law enforcement components to ensure a zero-tolerance policy on sexual harassment and misconduct is enforced and that incidents are properly reported. The department is also committed to ensuring the proper preservation and disclosure of electronic communications, including text messages and images.

According to the Washington Post, the 7 DEA agents who admitted attending the parties were “punished” with suspensions ranging from 2 to 10 days (some might argue that this a lenient punishment for members of an agency tasked with combating the very drug cartels they colluded with).

Stating what shouldn’t need to be said, the Inspector General’s report suggested that the Office of the Deputy Attorney General

…should develop policy explicitly prohibiting the solicitation of prostitutes in a foreign jurisdiction even if the conduct is legal or tolerated, and ensure that all component offense tables include language prohibiting this form of misconduct.