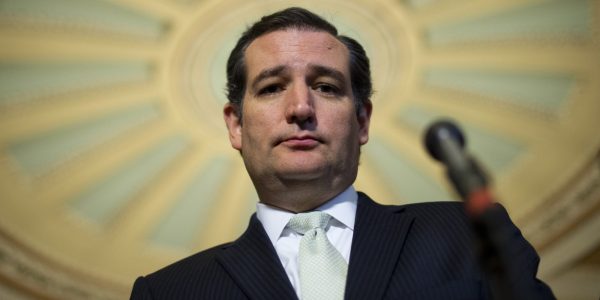 Anyone who is familiar with Ted Cruz and the CFR has probably heard his famous “pernicious nest of snakes” assessment of the Council on Foreign Relations.

For those who study the globalists, like myself, there would be little argument with his opinion.

For those of you who follow a more beaten path, let me just spell it out for you. Those of us who research these things see the Council on Foreign Relations as an extension of the New World Order.

Whether you choose to swallow that pill, or not, is somewhat irrelevant. Watch the organization closely and you will see it follows a primarily leftist agenda. For instance, most recently the organization came out in support of more gun control, implying that guns in the U.S. were causing the violence in Latin America.

This is what the CFR does. They push leftist issues. So Cruz would naturally be against them as a self-anointed defender of the Constitution.

There is only one problem with Ted’s disdain for the CFR. Ted’s wife Heidi is a former member. Don’t expect any big conservative media sources to cover this story. If Cruz looks like a threat, as 2016 nears, the story might surface in the mainstream liberal media.

But how do we get the answers if no one can ask the questions?

I found a video yesterday that might help. Cruz is given ample opportunity to explain the situation and the viewer can make their own decisions based on his words.

A blogger/activist/citizen journalist named Derrick Broze ran into Cruz when he was running for Senate and was granted an interview. During the course of that interview Broze asked the question that so many of us have wanted the media to ask.

In 2012 Ted Cruz was running for his Senate position and attended a Straw Poll in Texas to build support for his campaign. I had the opportunity to question him about his wife’s connections to the Council on Foreign Relations.

Broze released the interview yesterday. Try to put all previous biases aside, including Broze’s words about how well “coached” Cruz was. That is simply his subjective opinion. Judge for yourself and see if you think Ted’s explanation is sufficient.

What is his take on Heidi’s involvement with the Council on Foreign Relations?