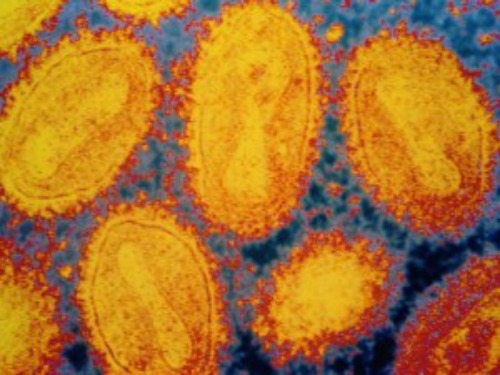 Mainstream media measles madness appears to have subsided, as most overly-hyped fear-based propaganda campaigns do.

But measles isn’t the only “vaccine preventable” disease that has been rearing its ugly head lately.

Last month, we reported on widespread mumps outbreaks that were largely ignored by the mainstream media, and speculated about why that might be:

Maybe that’s because it would be much harder to blame those nefarious little “anti-vaxxer” hippies for these outbreaks.

The mumps vaccine does not confer children with lifelong immunity, repeated vaccinations have become the rule, and mumps has become an adult disease that threatens to be costlier in terms of both time off work and health.

In fact, the mumps vaccination is a “staggering underperformer”:

For one thing, the vaccine is a dud with many, accomplishing no good at all. “Right off the bat, when you give it to 100 people, 15 won’t respond,” states Dr. Gregory Poland, head of the Mayo Clinic’s Vaccine Research Group, one of the world’s largest and most authoritative. Even when the vaccine does take, its full benefit often doesn’t last long — just one or two years before the level of antibodies drops below the level required to protect against mumps, according to a study in the Journal of Infectious Diseases. By the eighth year, the antibody levels have plummeted to just one third the level required for protection.

Pertussis, more commonly known as whooping cough, has been making the news lately, as there are small outbreaks, well…all over the place.

Why isn’t the mainstream media hyping this one up like it did measles?

Pertussis, a respiratory illness, is a very contagious disease caused by a type of bacteria called Bordetella pertussis. These bacteria attach to the cilia (tiny, hair-like extensions) that line part of the upper respiratory system. The bacteria release toxins, which damage the cilia and cause inflammation (swelling). The disease is only found in humans, and is usually spread when infected people cough or sneeze while in close contact with others, who then breathe in the pertussis bacteria.

The disease usually starts with cold-like symptoms and perhaps a mild cough or fever. For this reason, early diagnosis can be tricky. After 1 to 2 weeks, severe coughing usually begins. Sometimes the cough can last for weeks…or even months. In China, whooping cough is known as the “100 day cough.”

It is most dangerous in infants, and is generally a mild illness in healthy older children, teens, and adults. Recovery can be slow, with a residual cough lasting for many months.

Many cases go unrecognized and unreported, according to the CDC. In 2010, ten infants in California died from pertussis. All of the deaths occurred in infants under the age of 3 months. Nine were younger than 8 weeks old, which means they were too young to have been vaccinated. The vaccination status of the infant who WAS old enough to be vaccinated was not published.

The reason those infants died?

Despite the patients’ multiple visits to clinics and hospitals, doctors typically failed to make a swift, accurate diagnosis.

“In several cases … the infants were treated only for nasal congestion or mild upper respiratory infection,” Dr. John Talarico, an immunization official with the California Department of Public Health, wrote in a recent letter to healthcare providers statewide.

“By the time these infants developed severe respiratory distress, it was usually too late for any intervention to prevent their tragic deaths.” (source)

Why are we still seeing cases of pertussis, and why is it still causing deaths?

In an article titled Pertussis: A Disease Affecting All Ages, Dr. David S. Gregory wrote the following (emphasis mine):

Although childhood vaccination has dramatically reduced reported pertussis cases, the incidence of the disease has increased over the past 20 years, most notably in previously immunized adolescents and adults.

In the prevaccine era, more than 93 percent of reported pertussis cases occurred in children younger than 10 years. In 2003, most cases occurred in persons 10 years or older. As a result, previously vaccinated adolescents and adults whose immunity has decreased have become reservoirs for pertussis infection.

Immunity from the vaccine is not yet complete in the first year of life. Childhood pertussis vaccination has not created the herd immunity that might protect incompletely immunized infants. Despite vaccination, the incidence of pertussis infection in children younger than one year has increased to more than one half of all childhood pertussis cases. Pertussis is the only vaccine-preventable disease associated with increasing deaths in the United States, climbing from 4 deaths in 1996 to 17 in 2001 and occurring almost exclusively in infants younger than one year.

Although pertussis vaccination has significantly reduced reported pertussis rates, its protectiveness is short-lived and incomplete.Immunity begins to decline four to 12 years after vaccination, causing adolescent and adult susceptibility. Therefore, neonates are susceptible to pertussis infection because they have not yet been immunized and they receive little passive immunity from their susceptible mothers.

According to the CDC, there has been an increase in reported pertussis cases since 1980. Possible reasons include: increased awareness, improved diagnostic tests, better reporting, more circulation of the bacteria, and waning immunity:

When it comes to waning immunity, it seems that the acellular pertussis vaccine (DTaP) we use now may not protect for as long as the whole cell vaccine (DTP) we used to use. Throughout the 1990s, the US switched from using DTP to using DTaP for infants and children. Whole cell vaccines are associated with higher rates of minor and temporary side effects such as fever and pain and swelling at the injection site. Rare but serious neurologic adverse reactions including chronic neurological problems rarely occurred among children who had recently received whole cell vaccines. While studies have had inconsistent results that the vaccine could cause chronic neurological problems, public concern in the US and other countries led to a concerted effort to develop a vaccine with improved safety. Due to these concerns, along with the availability of a safe and effective acellular vaccine, the US switched to acellular pertussis vaccines.

Even though children who haven’t received DTaP vaccines are at least 8 times more likely to get pertussis than children who received all 5 recommended doses of DTaP, they are not the driving force behind the large scale outbreaks or epidemics.

From a March 17 WXXI News article titled Pertussis Cases on the Rise (emphasis mine):

Ricci says this is not rare, but there were much lower levels of whooping cough a decade ago than now, statewide, nationwide and even worldwide.

But it’s not primarily due to more parents opting out of getting their children vaccinated.

Ricci says while that could be playing a role, it’s more a matter of a pertussis vaccine that is losing its efficacy in the last decade.

He says says the composition of the vaccine changed in an effort to develop a vaccine with fewer side effects.

Ricci says while it’s still a very good vaccine, it just doesn’t work quite as well as it did.

New York isn’t the only state experiencing a pertussis outbreak. The following are quotes from news sources from several states.

Salinas: School officials said of the 524 students at Monterey Park, 99.5 percent are vaccinated, including the four students who have been diagnosed. All four completed antibiotic treatment and are back at school.

Red Bluff: State officials say California is experiencing a whooping cough epidemic, and the incidence rate for the disease in Tehama County is nearly double the state average. According to the report, the cyclical nature of the disease can, in part, be attributed to waning immunities from vaccines and the disease itself, leaving more people at risk.

Elk Grove: A California city with a large number of whooping cough cases despite a high immunization rate is revealing the limitations of the current vaccine used to protect against the disease, a newspaper reported.

Concerns about the vaccine come as a record-high 11,000 Californians caught whooping cough in 2014 and a measles outbreak sweeps the state. Parents of unvaccinated children have been blamed for the measles outbreak, but experts say pertussis is different.

“It’s not correct to only pin (the pertussis outbreak) on the people who are unvaccinated,” Mark Sawyer, a professor of pediatrics at the University of California, San Diego, and a member of the U.S. Centers for Disease Control and Prevention’s immunization practices committee, told the Bee. “The effectiveness of the vaccine is a huge part of this. People who are immunized do still get pertussis.”

Eugene: Four students at a K-8 charter school in Eugene tested positive last week for pertussis, also known as whooping cough. The executive director of the Village School confirmed they had notified parents last week about the cases. Of the students, 2 were vaccinated against pertussis; 2 others were not, according to the school’s executive director.

Park City: The Summit County Health Department is alerting parents about a pertussis outbreak, and what may be concerning to know is that the 11 children who are infected were fully vaccinated.

Harvey Crowder, director of Walla Walla County Department of Community Health, said pertussis is affecting almost all the schools in the district, and especially those in the highest affected population, 14- to 18-year-olds.

“We know there are big cases in both middle schools and the high school,” Crowder said. “And in most cases the affected had been fully immunized.”

Those aren’t the only states that are experiencing random cases and outbreaks. There are many more, but I think the point has been sufficiently made.

But are the recent outbreaks really linked to a less effective vaccine? Or is something else to blame?

Recent research may have found the answer: mutated pertussis strains.

Pertactin is one of several components of all pertussis vaccines. It is a protein that helps pertussis bacteria attach to the lining of the airways. There is a new study that found the likelihood of having reported pertussis caused by pertactin-deficient pertussis compared to pertactin-producing pertussis is greater in vaccinated persons. (source)

85% of isolates were pertactin negative (PRN−); the incidence varied by state. Patients who had received at least one dose of vaccine were significantly more likely to be infected with a PRN− strain than unvaccinated patients (odds ratio, 2.2). (source)

Of course, the CDC is still recommending the pertussis vaccine:

However, current evidence suggests pertussis vaccines continue to prevent disease caused by both pertactin-positive and pertactin-negative pertussis strains since other components of the vaccines provide protection.

That’s vague. By “other components” do they mean because the DTaP and Tdap vaccines cover diphtheria and tetanus too? Or do they mean…something else?

All of these facts give us a lot to consider.

Why are we still giving children the pertussis vaccination if…

…it doesn’t appear to be very effective overall?

…it can actually INCREASE risk of infection with PRN− strains in those who receive it?

…it does not really confer herd immunity?

…protection wears off after a few years?

…the vaccination itself carries risks?

…the illness is not fatal or even dangerous in most cases?

…natural immunity (via infection) provides much longer protection (up to 20 years) and subsequent infections, when they occur, are usually very mild?

Shouldn’t it be up to parents to decide whether or not they want their children to receive the pertussis – or any – vaccination? Pertussis is just one more reason choice and exemptions should continue to be permitted.

Portland Police Bureau Officers Sworn in as Federal Officers for Their Own ‘Protection’
September 27th, 2020 Click It Conservative News

Whosoever Shall Save His Life Will Lose It
September 27th, 2020 TCP News