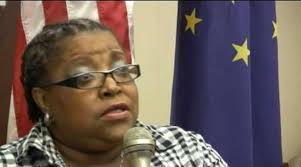 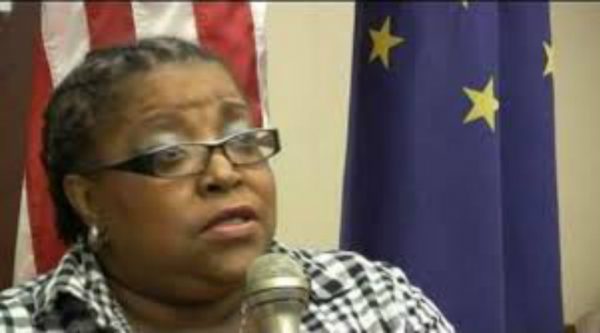 A POS democratic state legislator in Indiana proved that she should not be allowed out with normal people when she accused an 18 month old boy of being a racist.   Rep. Vanessa Summers (D-Indianapolis) made the comment about the son of GOP Rep. Jud McMillin.  The other reps in the chamber should toss this racist woman out on her arse. And if that isn’t bad enough, wait till you hear why she says he is racist:

“I love his little son, but he’s scared of me because of my color — and that’s horrible.”

After she said that, you could hear gasps and groans throughout the chamber.  Here are some more of the moron’s musings:

“It’s true.  And that’s something we are going to work on. … I asked him please, ‘Introduce your child to some people of color so he won’t live his life as a prejudice person.’ I would like for you all to not vote for this bill.”

So, can you guess what the bill is that she felt compelled to slander an 18 month old child for?  It’s the “Religious Freedom Bill” that prevents anyone in the state from being forced to perform a service that violates their religious beliefs.  Now, what in the hell does an 18 month old boy being shy around strangers have to do with a religious freedom bill?  And even after the session was over this POS democrat kept insisting the boy is a racist.

I’m sorry but if that was my son she was accusing she be looking up at nothing but sky. And when she stood up again, I would make it clear that another word out of her mouth and she’d get more of the same.

I don’t know how many of you have children but it is extremely rare that a child that young is not scared of strangers of any color.  McMillin said later that his son reacted to the POS the same way he does to any stranger of any color:

“Whoever it is, it’s what he does. He’s an 18-month-old kid; he’s in a new environment up here in the place like the Statehouse but doesn’t know anybody. I honestly don’t remember anything out of the ordinary.”