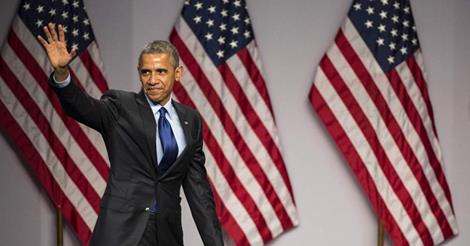 As has been predicted with the unilateral executive “decree” of “amnesty” to illegal aliens who break US law by crossing the border without going through lawful means, our southern border has become a “sieve” and the US Border Patrol rendered moot. The Obama administration has run a stealth “amnesty” program for years and then lied to a federal judge about processing illegals for the programs ahead of the scheduled start date, after announcing it in November of 2014. Now, information surfaces that Obama has changed the L-1B visa program through unilateral executive “decree” allowing foreign workers who work for US corporations overseas to enter this country to work for the same wage they received in their home nation.

… Under the program, a multinational company with offices in the United States can move workers from abroad to live and work in the US for as long as five years in what is known as an intra-company transfer. There are almost no rules concerning what those workers can be paid, so there is no barrier to a company firing American employees and bringing in workers from foreign facilities to replace them at much lower pay.

Companies who transfer workers to the US through an L-1B visa have to show that those workers bring some sort of “specialized knowledge” to the job – that is, they have particular knowledge that would be hard, if not impossible, to find elsewhere in the United States. Obama plans to broaden the definition of “specialized knowledge” so much that it could conceivably [be] used to cover just about any foreign worker a company wants to bring here.

It gets even better. The L-1B program has virtually zero federal oversight or scrutiny. The government has no idea how many workers are here on L-1B visas, or who they work for as there is no data collection surrounding this program. And, companies do not even have to prove a need for an L-1B worker. All they have to do is make a case to an adjudicator that is “probably true.”

“From the Obama rules: ‘Even if an officer has some doubt about a claim, the petitioner will have satisfied the standard of proof if it submits relevant, probative, and credible evidence … that leads to the conclusion that the claim is ‘more than likely or not” or “probably true.'”

All of this came about through Obama’s November amnesty unilateral executive unconstitutional “decree.”

There have already been abuses. Electronics for Imaging, Inc., a Fremont, CA based company and Silicon Valley-based publicly traded firm with half a billion dollars in revenue, violated the “Fair Labor Standards Act for having grossly underpaid a group of Indian national” the company transferred under this visa program. Although the company violated the FLSA, it was found the company did not violate “any terms or conditions” of the visa program because there is no minimum wage requirement.

While Obama is busy “loosening” the reins on who comes into the country, illegal or otherwise, and agencies are scrambling to do their “emperor’s” business, some American families have been left languishing overseas, “locked out of the United States.” Such is the case of Jimmy Gugliotti. While working at a minimum wage job, Gugliotti took an AutoCAD course which afforded him the opportunity to make a substantially better living and travel the world through work. He met his wife, who is Argentinian, when he was working in Chile. In order to return, Gugliotti applied for visas for his wife, her children by a previous marriage and their son. The process has taken so long and Gugliotti stalled by the visa agency he has resorted to selling what personal possessions he has and asking for donations for basics such as food. Chilean immigration laws prevent him from working and US immigration is preventing his return due to the long wait for visas for his family. Gugliotti has been unemployed since 2013 and the visa process for his family has been ongoing for 16 months.

The reason given by the National Visa Center is they “are currently receiving an increased number of petitions from US Citizenship and Immigration services. As a result, we are experiencing increased review times for documents received.”

Obama, with the stroke of a pen, a push of numbers on his phone and the tingling of his bell, has basically authorized an invasion of this nation with illegal alien invaders with unconstitutional amnesty and foreign workers through visa and work permit programs. This is detrimental to all US citizens. But, what can be done when Congress has been neutered?

Rep. Trey Gowdy (R-SC) introduced a bill in early March entitled “The Michael Davis, Jr. in Honor of State and Local Law Enforcement Act” that provides for state and local governments to protect their citizens since the government has abdicated its duty to do so. But, is that really necessary?

According to Article I, Section 10, last paragraph, of the Constitution of the united States of America, “No State shall, without the consent of Congress, lay any duty of tonnage, keep troops, or ships of war in time of peace, enter into any agreement or compact with another state, or with a foreign power, or engage in was, unless actually invaded, or in such imminent dangers as will not admit of delay.” [emphasis mine]

The Tenth Amendment of the US Constitution declares, “The powers not delegated to the United States by the Constitution, nor prohibited by it to the States, are reserved to the States respectively, or to the people.”

Several states have filed suit against this administration over executive amnesty with a federal judge issuing an injunction to halt further actions. However, Obama has not seemed to let up despite the judge’s ruling that the states have standing. In the meantime, our southern border states continue to be overrun or invaded by illegals including those with criminal backgrounds that have committed crimes on US soil after arriving and returning after being previously deported. The usurper-in-chief has released hundreds of thousands of illegal criminals guilty of the crimes of homicide, kidnapping, rape and sexual assault.

With the evidence at hand, states, especially border states, are under attack and in imminent danger. This danger is affecting non-border states. Our country is experiencing an insurrection of our national sovereignty perpetrated by this administration. The Constitution provides for states to protect themselves and citizens from imminent danger upon invasion – regardless of the source of that invasion. And, when the government fails in its duty or refuses to do its duty, the states and the people are duly required to perform that duty. Congress has failed in its power to “suppress insurrections and repel invasion” by reigning in Obama, securing the southern border, and providing assistance to the states to repel illegal alien invaders.

The people of the States need to press their state governments to repel this invasion and secure our southern border in the border states. The actions of the administration affect every US citizen in this country. State governments may want to whine and fret over loss of federal funds should they challenge the administration or go against a “planned insurrection.” Should that be the case, which from the looks of it is occurring due to inaction except through a lawsuit that Obama ignores, the duty then falls to the people.

With the unconstitutional inaction of “rewriting” immigration law and unilaterally changing visa requirements, the lawless actions of Obama can be stopped with impeachment. Now, if only both chambers would grow a pair, impeach and convict Obama, it would remove him and nullify his actions. Yes, America knows Joe Biden and he can be impeached too. Yes, Biden can “pardon” Obama to his own detriment; but, Obama would still be out of office and “Grossly, groping Joe” can be handled with Obama as an example. Yes, certain sects of the population can “go to the streets,” which is what Congress probably fears, along with exposing their criminal compliance; however, all that can be handled through upholding the law and holding lawbreakers accountable.

If this nation continues to allow our creator federal government to disregard the law in favor of lawlessness and allow states to remain complicit, our nation based on equality under the law is gone and will be very difficult to regain.