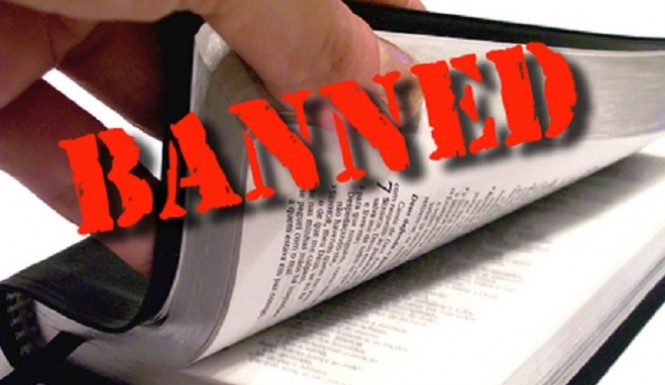 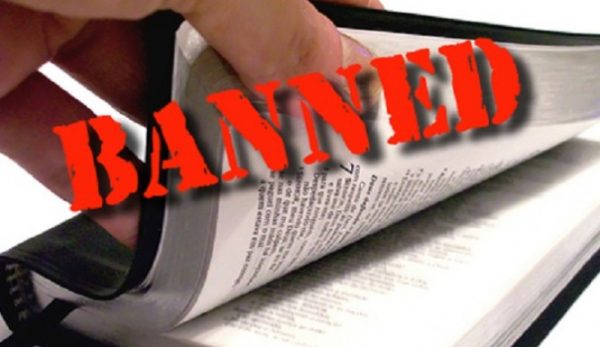 If a man lies with a male as he lies with a woman, both of them have committed an abomination. They shall surely be put to death. Their blood shall be upon them. (Leviticus 20:13)

A Christian pastor in England, named Michael Overd, was arrested for quoting a passage from the Bible, Leviticus 20:13, in which homosexuality is condemned as an abomination.

He was then arrested for inciting what has been deemed as “threatening” or “abusive” words against homosexuals. He was then forced to be tried by Shamim Qureshi, a Muslim who is also a judge for a Sharia Islamic court in the UK. The Muslim judge fined him $300 and demanded that he pay compensation and costs for the deviant homosexual who claimed that he was emotionally damaged by the pastor’s words, totaling $1,800.

When the pastor refused to pay the $300 to the sodomite, Shamim Qureshi threatened the preacher with a prison sentence of 45 days. There is a whole video on this:

The pastor admitted to referencing Leviticus 20, but said that he never mentioned the death penalty. “I am being punished for words that never passed my lips,” he said. The pastor continued on to say:

I am amazed that the judge sees it as his role to dictate which parts of the Bible can and can’t be preached… I did not quote the full text of Leviticus 20 or make reference to the death penalty, but the judge is telling me that I should use other parts of the Bible. This is not free speech but censorship. The judge is redacting the Bible

This same Muslim devil worshipper condemned the preacher for his intolerance of false religions:

In my view he enjoys coaxing people into asking him questions so that he can reply loudly into the microphone to answer them. …The only semblance of civilised conversation is when they commend him, if they disagree he shouts them down. …He happily shouts out the negative points in any other religion.

When asked whether or not he would ever “tone down” his words, the preacher said:

I follow my Lord and leader, so I won’t tone down.

With this we are reminded of St. Peter, when he, after the Jews were trying to coerce him to stop preaching Christ, declared:

We must obey God rather than human beings! (Acts 5:29)

Overd was ordered to pay £250 to a passer-by who had been offended by the preacher’s comments, and he initially refused, at which point judge Shamim Qureshi threatened the preacher with a prison sentence. He has been ordered to pay total costs of £1200.

Overd intends to appeal his conviction and said “I follow my Lord and leader, so I won’t tone down.”

The street preacher was charged with a public order offense, after complaints were made by members of the public that he had made homophobic and ‘Islamophobic’ remarks.

This story truly confirms what I have been saying for a while now: the Muslims and the sodomites are uniting to destroy Christianity.

This is why the Scripture tells us to abolish and extirpate demonic religions and practices. The sodomites and the Muslims war against the Cross, and are the enemies of God and Christendom, they are the slaves of the Antichrist, and thus any attempt at promulgating their demonic ideas need to be squashed and punished.

The sodomites are the most vile of reprobates, they are not worthy of any freedom, for they reject the true liberty of Christ, that liberty of which David spoke when he wrote: “And I will walk at liberty, For I seek Your precepts.” (Psalm 119:45)

This is true liberty, the one that remains within the Law of God, and from the tyranny of the absolute toleration and license given to evil. St. Paul says that “where the Spirit of the Lord is, there is liberty.” (1 Corinthians 3:17)

And wherever the Lord is there is not lawlessness, but law, and therefore liberty. For this reason law should never be cast away, and secular government allowed to triumph, for even St. Paul upheld the Law of God when he said, “Do we then make void the law through faith? God forbid: yea, we establish the law.” (Romans 3:31)

For this do we say that such slaves to the devil do not deserve freedom, because they hate freedom. They indulge in the most vile practices, and desire nothing but tyranny for the Church. This is why we still need law, to restrain the masses from unrestrained license, and from deviant excess and disordered passions. As St. Paul says:

the law is not made for a righteous person, but for the lawless and insubordinate, for the ungodly and for sinners, for the unholy and profane, for murderers of fathers and murderers of mothers, for manslayers, for fornicators, for sodomites, for kidnappers, for liars, for perjurers, and if there is any other thing that is contrary to sound doctrine, according to the glorious gospel of the blessed God which was committed to my trust. (1 Timothy 1:9-11)

The entire homosexual agenda, and the Islamic agenda, must be destroyed and utterly uprooted. The sodomites and the Muslims are enemies to civilization. And they should be treated as such! We must have a government of Christian supremacy, where the blood of saints is honored, and the cries of the martyrs are heard, not ignored.

To hell with all of this nonsense about secularism. All of these hypocrites, with their vain and empty talk of “free speech!” I say, to hell with free speech. There should only be one speech allowed, and that is the freedom to proclaim the truth against the falsehood, and to articulate the wonders of life and the natural order.

The enemies of the Faith are the enemies of humanity. God created humankind, and whoever hates God, hates humanity. “All those who hate me love death.” (Proverbs 8:36) This is why the wicked and diabolical beliefs of atheism and Darwinism need to be utterly wiped out and abolished as dangerous to the society and the body politic.

This pastor was arrested for saying Leviticus 20:13: “If a man lies with a male as he lies with a woman, both of them have committed an abomination. They shall surely be put to death. Their blood shall be upon them.”

Let us say this verse with pride, let us boast of this verse and its beauty, and its brilliance. Let us repeat the words of this verse at the utmost. It is a building block for the foundation of Christendom, the Rock of which is Christ.

With such sacred beauty, let us honor what the prophets wrote against these demonic deviants, and let us pray that one day a Christian leader will arise and destroy these sodomites who are truly “deserving of death, not only do the same but also approve of those who practice them.” (Romans 1:32)

There is a lawyer in California, Matthew Gregory McLaughlin, an Orange County attorney, who is proposing a law called the Sodomite Suppression Act . It will make the propagation and distribution of gay “propaganda” an offense punishable by a $1 million fine or banishment from the state. Moreover, the bill orders that anyone who engages in homosexual practices will be put to death “by bullets to the head or by any other convenient method.”

The deviants are already trying to bar the bill, but the reality is that we need laws like this to protect the society from such satanic wickedness and perversity.