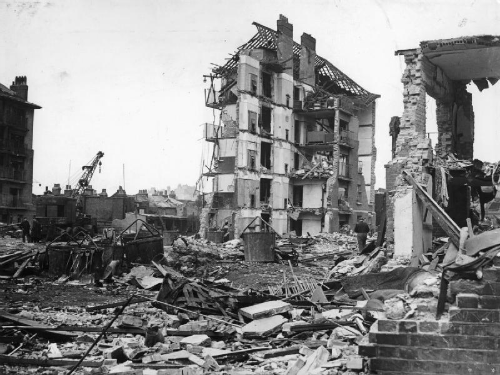 By far my favorite part of studying history, is discovering amazing details after the fact. There are just certain things that would never become public knowledge when these past events were occurring.

That’s because history is the sum total of everyone’s intentions and actions, and while they’re still alive, some of those actions must be concealed if they want to stay in power. So it’s not surprising to find that the big hitters of history do everything in their power to conceal their dirty deeds from their fellow-man, not only to save their own hides, but to preserve their legacy.

It’s safe to say that the people living in any given time or place, know next to nothing about the era they’re living in. I would also wager that currently, we don’t know squat about our current place in history, or how we’ll be remembered. Every day we’re bombarded with more information than any other society in the history of mankind, but we won’t really know what was going on behind the scenes until after dust settles; and perhaps, not even until after we are all dirt in the ground.

Fortunately, as time goes on and the consequences of certain secrets are diminished, the truth can finally be unveiled for all to see. There is no greater example of this process in modern times, than the history of World War Two. We have a whole generation of people that participated in that war, reaching their twilight years; and it seems that the darkest secrets of that era are just beginning to see the light of day.

During WWII Nazi leader Adolf Hitler bombed thousands of Germans with V-2 rockets to test their force, putting the blame for the damage on Allied Forces, according to a highly classified archive kept secret for decades by a German collector.

The top secret SS documents, revealing how Hitler used German citizens as live targets for bombing practice – before attacking Britain and continental Europe in the last years of WWII – are to be sold off by a London auction house on March 18, The Daily Mail reports.

The archive, much of which is written in coded German, is believed to provide evidence that ballistic missiles V-2 (the V standing for Vergeltungswaffe, or Vengeance Weapon) were tested in towns and cities in Pomerania – before they were fired against London, Antwerp and Liege, killing over 7,000 Allied civilians.

As you might expect, the Germans did everything they could to hide this dirty deed. In the final days of the war, they attempted to burn all records pertaining to their V2 rocket tests, but these particular documents were rescued, and have been held by a collector ever since. But even before the Nazi regime was on death’s door, they were very careful about keeping this information from the public.

Much of the documents are written in code and in German, so are difficult to decipher. However they are believed to show that the V-2 ballistic missiles were tested on several towns and cities in Pomerania in the far north of Germany.

It was a secret unit called the Kommandostelle S, which documented the tests and they were required to monitor and report back on the consequences of the bombings…

…The reports documented the final firing test results and were only produced in small numbers of around 10 copies to minimise the chance of them being shared or leaked into Allied hands, the RT News reports.

At the end of the day though, their secret could not be contained forever. It may have taken the better part of a century to be unearthed, but if there’s one lesson that history can teach us, it’s that the truth will always find a way.

Which begs the question, what is being hidden from us today? We’re living under our own version of a militaristic police state that, much like the Nazis, treats its citizens like an expendable asset. What foul deeds of the American regime will be revealed long after we are all dead?