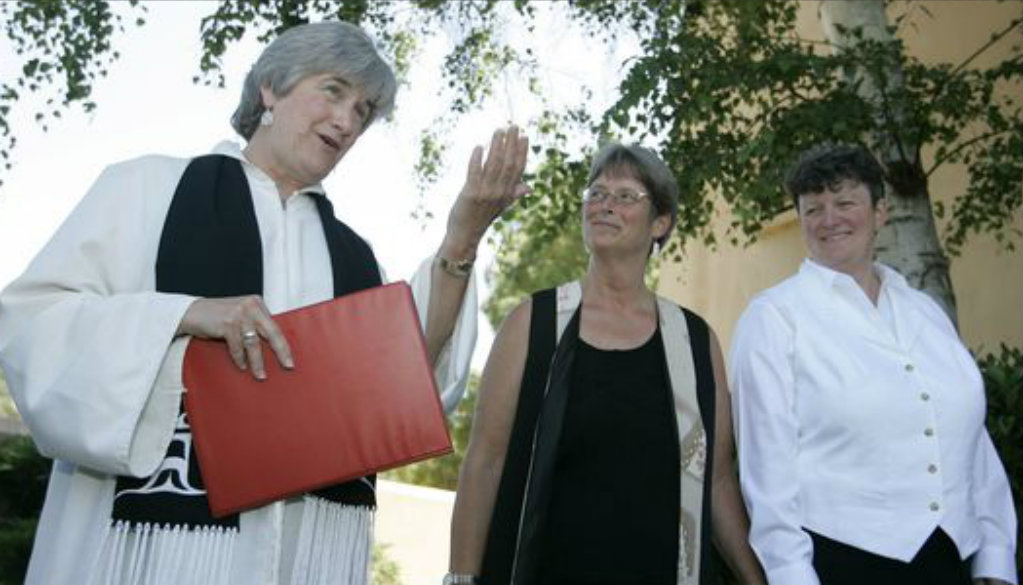 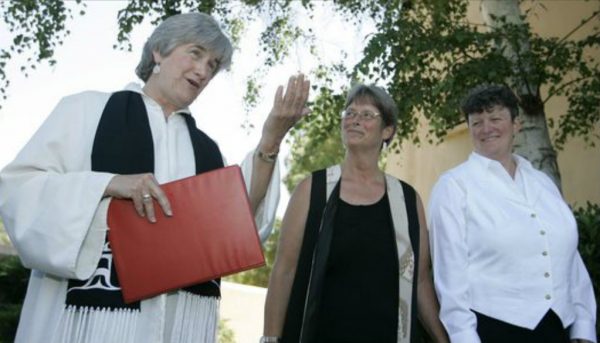 The National Black Church Initiative (NBCI) has had it with the Presbyterian USA denomination, which recently voted to redefine marriage to include sodomy. In fact, 34,000 churches within the NBCI decided it was time to part ways and let the denomination veer off into open apostasy all by itself.

Anthony Evans, President of the NBCI, issued a statement in which he stood on the principles of the Bible and gave a warning to those who come preaching another gospel.

“NBCI and its membership base are simply standing on the Word of God within the mind of Christ. We urge our brother and sisters of the PCUSA to repent and be restored to fellowship.”

“PCUSA’s manipulation represents a universal sin against the entire church and its members. With this action, PCUSA can no longer base its teachings on 2,000 years of Christian scripture and tradition, and call itself a Christian entity in the body of Christ. It has forsaken its right by this single wrong act.

“Apostle Paul warns us about this when he declared in Galatians 1:8 that there are those who will preach another gospel.

“For if he that cometh preacheth another Jesus, whom we have not preached, or if ye receive another spirit, which ye have not received, or another gospel, which ye have not accepted, ye might well bear with him. … For such are false apostles, deceitful workers, transforming themselves into the apostles of Christ. And no marvel; for Satan himself is transformed into an angel of light.

“No church has the right to change the Word of God. By voting to redefine marriage PCUSA automatically forfeits Christ’s saving grace. There is always redemption in the body of Christ through confession of faith and adhering to Holy Scripture.

“In this case, PCUSA deliberately voted to change the Word of God and the interpretation of holy marriage between one man and one woman. This is why we must break fellowship with them and urge the entire Christendom to do so as well.”

Janice Hollis, a self-proclaimed “bishop,” told Breitbart News that she respected Evans’ position. She then went on to state, “Unfortunately, we live in a period where many pastors, bishops and Christians in general are too preoccupied with their public image before the world, and its secular values, and have become ineffective to reach the lost because very little know what they stand for.”

“Simply being too afraid to take a public stand on any social issues as a representative of the Church, which within itself is a travesty and has created a vacuum,” she added. “The ambiguity has led and is leading many astray as humanity is seeking to do the right thing and make the right decision amidst varying opinions and positions. However, as “Believers” the final authority is always, and will always be the word of God.”

“WE, as Believers of marriage between ‘one man and one woman,’ are not hostile or antiquated; we don’t hold grudges against those who have flip-flopped in their doctrine; we have simply made a conscious decision to adhere as best of our ability to the faith delivered unto us to uphold what GOD said about marriage,” she concluded. “‘Every man shall have his own wife and every wife shall have her own husband.’ There isn’t any hidden code in this… why the conundrum exists surrounding this issue is a waste. ‘GOD cannot retract his principles,’ otherwise they weren’t principles from the genesis if humanity can change the value or strength of what they represent. Principles are solid; God is unwavering just as much as he loves and is inclusive.”

I completely agree with her assessment, but apparently neither Ms. Hollis nor her church believe God’s standard for a bishop, which is found in 1 Timothy 3:2 and Titus 1::

“A bishop then must be blameless, the husband of one wife,…”

“If any be blameless, the husband of one wife,…”

You can’t be a bishop and a female. That’s God’s standard Ms. Hollis, and you need to repent while calling others to do the same.

The PCUSA has been sliding further and further from the Bible for years and now the full fruit of their error is on display for all to see. How they will communicate that unrepentant sodomites will enter the Kingdom of Heaven is beyond me in light of texts like:

For this cause God gave them up unto vile affections: for even their women did change the natural use into that which is against nature: And likewise also the men, leaving the natural use of the woman, burned in their lust one toward another; men with men working that which is unseemly, and receiving in themselves that recompence of their error which was meet. –Rom. 1:26-27

Now the works of the flesh are manifest, which are these; Adultery, fornication, uncleanness, lasciviousness, Idolatry, witchcraft, hatred, variance, emulations, wrath, strife, seditions, heresies, Envyings, murders, drunkenness, revellings, and such like: of the which I tell you before, as I have also told you in time past, that they which do such things shall not inherit the kingdom of God. –Gal. 5:19-21

For this ye know, that no whoremonger, nor unclean person, nor covetous man, who is an idolater, hath any inheritance in the kingdom of Christ and of God. –Eph. 5:5

And before anyone starts crying about judging and the law, pay attention to what Paul warns of in 1 Timothy 1:8-10:

But we know that the law is good, if a man use it lawfully; Knowing this, that the law is not made for a righteous man, but for the lawless and disobedient, for the ungodly and for sinners, for unholy and profane, for murderers of fathers and murderers of mothers, for manslayers, For whoremongers, for them that defile themselves with mankind, for menstealers, for liars, for perjured persons, and if there be any other thing that is contrary to sound doctrine.

Those who “defile themselves with mankind” is the same word that is used in 1 Cor 6:9 above for “abusers of themselves with mankind.” These are those who practice sodomy. Sure, there are other sins listed here, but I don’t see an entire movement set of classifying themselves in order to obtain rights, do you? I don’t see murderers being told if they fail to repent of their killing that they will be forgiven, do you? I don’t see thieves being told if they are unrepentant that they still get into Heaven, do you?

It’s time people understood what is meant by the fact that Jesus came to save His people from their sins. Here’s a hint: He didn’t come to save you from them just to turn around and leave you to wallow in them.

As for these churches in the NBCI, I say well done on this issue (though after visiting their site, I confess, there are other issues they need to address within).

Stand fast upon the Word of God and He will stand with you and fight against your enemies. You, as well as all those who stand firm in Christ Jesus, are overcomers!

DeSantis Destroys Reporter After They Blame the Unvaccinated
Flag And Cross

Florida: 21 Cops Swarm, Pummel 1 Surrendered Man – Then They Do It To The Man Who Filmed It (Video)
August 4th, 2021 Sons of Liberty Media