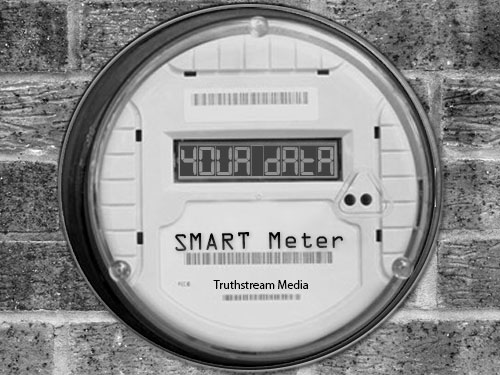 No, this is not an April Fool’s joke.

Perhaps smart meters aren’t the safest, nor the “smartest” idea to put on people’s homes after all.

A truck crashed into a utility pole in Stockton a few days ago, causing a power surge that ultimately resulted in some 5,000 smart meters on people’s homes exploding, leaving all of them without power.

Neighbors in the South Stockton area described it as a large pop, a bomb going off, and strong enough to shake a house.

“The neighbor across the street, his meter doesn’t look as bad but his receptacles are all blackened.” said Brad Abernathy.

PG&E says a dump truck crashed near its Alpine substation on Arch Road. When the truck hit the utility pole, the top wire fell onto the bottom wire, creating a power surge.

So now, instead of just having to worry about continual data collection and surveillance, or the negative health effects of electromagnetic frequency exposure, or the potential for a random house fire, there’s also the possibility of a truck randomly hitting a pole and causing your smart meter to straight up explode, also damaging your home and leaving you and yours without power for at least a week, maybe longer until it can be replaced… to possibly happen all over again?

How “smart” is this smart grid again?