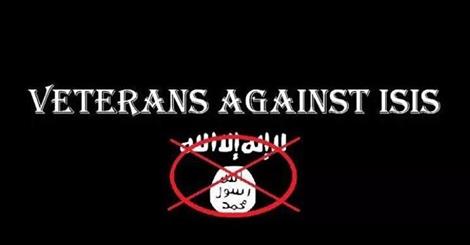 The Obama administration has been giving people lip service concerning the Islamic State with very little being done. In fact, you could say that on many accounts, Obama has hardly inflicted any damage on the modern day jihadists, at least compared to King Abdullah’s Jordanian Army. But America’s veterans have had enough of talk and they are preparing for a new Crusade against the Mohammedans.

According to WFOX-TV 30, Rowe has had at least 100 more veterans contact him about taking the fight to the enemy in Iraq and Syria on their own. Close to two dozen have actually joined Rowe.

“They’re ready and willing to go,” said Rowe of those who have joined him.

Rowe said that the group are not mercenaries.

“I hate that term,” he said. “We’re not doing this for money. We’re volunteering our time.”

The group is less than 90 days out from taking the fight to the Islamic State.

“Every single guy I talk to, they are burdened by the slaughter that is going on by ISIS and they want to help,” Rowe said of his fellow veterans.

Within the past month, Rowe has secured 17 of 24 spots that need to be filled. Most of those volunteers come from Florida.

While their mission is to fight the Islamic State, they are looking to be a support to the locals of the region in a common goal.

“Our mission is to support the locals against ISIS,” said Rowe.

Many of these veterans want to remain anonymous. This is understandable since the Islamic State has been posting our military veterans’ addresses and names online and calling for them to be murdered.

Rowe and his team are not the first to give themselves freely to go help those in need. Back in October, I introduced you to Jeremiah and his Christian veteran team that were helping the Kurdish peshmerga by training them in first aid. Earlier this year, Jeremiah and his team went over to Kurdistan to help the people there more intensely and aid those who were being secured from their Islamic State captives.

Just recently, we covered the story of Brett Felton, an American veteran from Michigan who is defending Christians from the Islamic State in Iraq, and would count it an honor to lay down his life for them (1 John 3:18; John 15:13).

Should you wish to help Rowe and his team, they do accept financial help via their official website, which you can visit by clicking here.