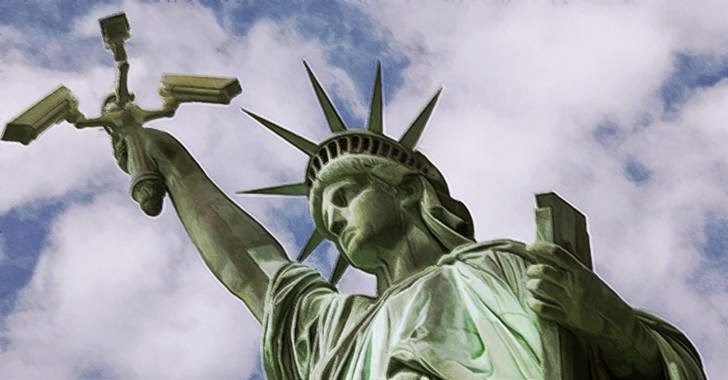 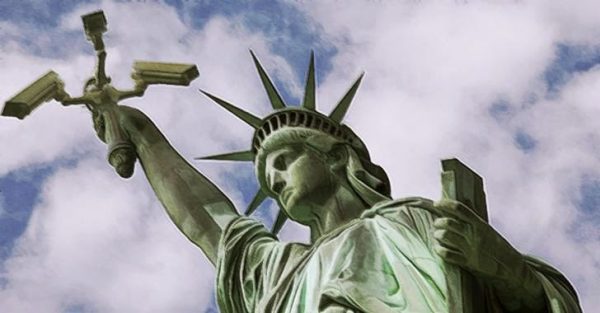 The next time you take a trip to the mall, make sure you give those mannequins a big smile. The surveillance industry’s latest recruit—joining the ranks of the Statue of Liberty, vending machines, Kinect, and a litany of other seemingly innocuous retail products—is store mannequins. The $245 billion dollar luxury goods industry currently avails itself of five companies in Europe and the U.S. that use the EyeSee polystyrene frame mannequins, whose eyes are equipped with police grade face-recognition cameras.

Most shoppers think store cameras are just used to detect and deter shoplifters, but now some stores are tracking shoppers to gather information about target markets, and what products shoppers like and don’t like.

Shopperception is another high-tech company offering this type of technology, and it’s being used at large retailers like Walmart. This technology uses motion-sensor cameras placed in the eyes of mannequins. These cameras come equipped with facial recognition software and track customers’ demographics, what they purchase, and how long it takes consumers to buy certain items.

Another popular technology uses heat maps that are put on top of security camera images to see what items customers are drawn to the most. Different colors like orange or red detect interest in a product; this is determined by the length of time the consumer has stood in front of and handled the product.

Although shopper surveillance devices hidden in a mannequin’s eyes are not viewed as a privacy violation by many, some retailers are upping the ante and have begun tracking customers via information from their cell phones. Many see this as an invasion of privacy.

But retailers like Nordstrom, who use WiFi signals from customers’ cell phones to track shopping habits, argue that it is a great way to learn about customer habits and how they can improve the services offered in the retail setting.

New privacy laws and code-of-conduct agreements are governing the use of retail surveillance practices. These agreements are designed to protect customers, while also allowing retailers to collect data for marketing reasons.

Among consumers, cell phone tracking has proven the most troublesome, and many feel this practice should only be conducted with full disclosure and permission given by the consumer. This is especially important because shoppers don’t know how the tracking information is stored, used and sold. With recent disclosures regarding corporate and government collusion in data mining operations, the motives and ethics behind targeted marketing must be reexamined.

The following are also involved in feeding the 100 billion dollar data mining industry:

That’s right, Lady Liberty, the monolithic structure that greets our poor, tired, huddled masses, is part of Big Brother’s surveillance enterprise. Actually, it has been since 2002, when early face-recognition software was installed. Since then, the technology has evolved and so has the amount of money infused into the surveillance industry. In 2012, contractor Total Recall Corp. outfitted our fair lady with FaceVACS-VideoScan software, which tracks millions of New Yorkers’ faces in real-time, pinpointing race, gender, ethnicity, age, and even “client behavior.”

There’s certainly a bit of irony in the government using a larger than life symbol of liberty and democracy for arguably unconstitutional domestic surveillance practices.

In Tulsa, a vending machine robbery was solved after the criminals’ faces were captured on a camera situated inside. The cameras are owned and installed by the vending machine companies themselves. The purpose – besides law enforcement – is unknown but is likely related to target market research.

Everybody knows that Kinect, the motion sensing console featured in millions of family living rooms, has a camera. Of course it does, that’s how it senses your movements, but what if you found out that not only is Kinect recording and storing your activity, it may also be recording and storing the conversations you have while you’re playing — and even while it’s turned off?

Microsoft officially denies that Kinect records conversations, but then in the same sentence they brag about the device’s ability to read your heartbeat and recognize individual voices!

The company Immersive Labs has created software for digital billboards that allows them to watch your face and then tailor a specific ad based on your facial features.

Jell-O, Adidas and Kraft all use facial recognition software in supermarkets to help them craft more effective TV commercials. The creepiest part of this is the cameras are actually linked up to Facebook as well, so the company could hypothetically couple their video surveillance with social media profiles for an even juicier data grab.

As of April 2013, Verizon had applied to patent a new cable box that uses infrared cameras and microphones to track the activities of viewers during blocks of The Big Bang Theory.

The City of Seattle

A new apparatus that is capable of hi-tech surveillance (and more) will be installed at many of the major intersections in downtown Seattle. So what, all cities have surveillance, right? Well, rumor has it that there is a new technology being used here that involves triangulating our cell phones, so that we essentially become rogue devices.