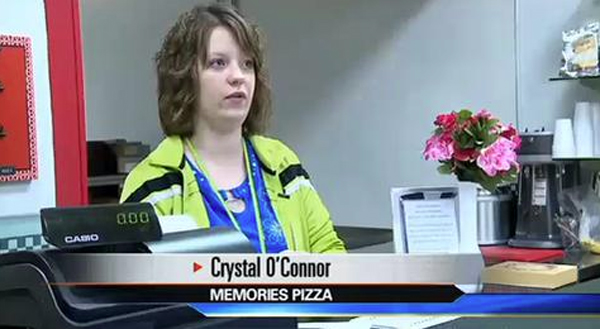 Authoritarians resort to censorship when they’re losing the debate 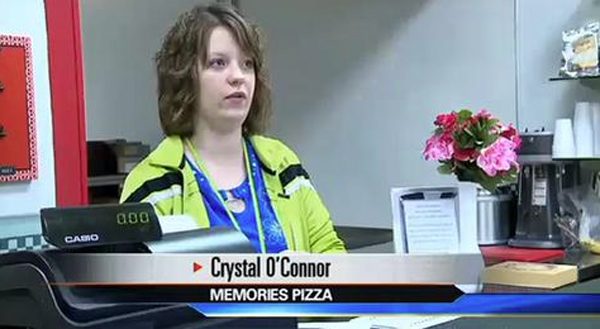 Irate leftists furious at a pizza restaurant in Indiana which has made national headlines for saying it would refuse to cater for a gay wedding are now attempting to shut down a fundraising campaign for Memories Pizza which has reached over half a million dollars.

The controversy began after the passage of Indiana’s largely symbolic Religious Freedom Restoration Act, which prohibits state laws that “substantially burden” the right of a person, a religious institution or a business to follow their religious beliefs.

Indiana Gov. Mike Pence yesterday signed revisions into the law which forbid businesses from discriminating against people based on “sexual orientation” and “gender identity.”

The revision completely defeats the original intention of the bill, meaning that businesses in the state will now face retribution if they refuse to serve gays and lesbians in accordance with their religious beliefs, with the state being empowered to enforce behavior and conduct at the barrel of a gun.

Following the controversy, Indiana-based Memories Pizza went public to assert that they would refuse to cater for a gay wedding. The owner of the restaurant made it clear that they would be happy to serve gays and lesbians otherwise, but that clarification didn’t stop the onslaught of vitriol from leftists and gay rights activists that soon followed.

One high school coach even posted a tweet which tried to recruit others to “burn down” Memories Pizza, just one of numerous hateful invectives that supposedly “tolerant” liberals have thrown at the company since the story went viral. Another labeled Memories Pizza “stupid bigots,” before threatening to rob the restaurant. Salon.com said the company was getting, “exactly what it deserves”.

Despite coming under huge attacks from the left, a fundraiser set up by conservatives to help Memories Pizza has at time of writing raised over $550,000 dollars, a massive embarrassment for those who have made it their mission to put the company out of business.

Not content with dragging their name through the mud, leftists are now trying to shut down the GoFundMe donation page for the company entirely, starting a petition on Change.org attempting to have the fundraiser removed.

This again illustrates how leftists, who preach “tolerance” yet are completely intolerant of anyone who holds a different view, will immediately resort to authoritarianism and censorship when they are losing the debate.

The crux of the issue is that no one should have the right to invoke the power of the state to force anyone to provide a good or service. The same goes for forcing people into not providing a good or service. This is merely the mirror image of the Jim Crow laws. The government gun should not be involved in voluntary private transactions.

The market itself solves the problem of discrimination. If you refuse to serve a gay person, a hundred other businesses are happy to serve them. They get the money, you go out of business. There’s no need for government involvement.

What’s the bigger danger? Giving the government the power, which has a monopoly on force, to enforce behavior and conduct within people’s own private property, or a tiny percentage of gays not being served in restaurants?

Tolerance cannot and should not be enforced at the barrel of a gun.