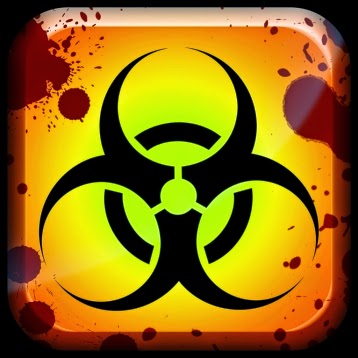 “A number of major pharmaceutical corporations and biotech firms are concealing the nature of the biological warfare research work they are doing for the U.S. government.

“Since their funding comes from the National Institutes of Health, the recipients are obligated under NIH guidelines to make their activities public. Not disclosing their ops raises the suspicion they may be engaged in forbidden kinds of germ warfare research.

“According to the Sunshine Project, a nonprofit arms control watchdog operating out of Austin, Texas, among corporations holding back information about their [biowarfare research] activities are:

“In case you didn’t know it, the White House since 9/11 has called for spending $44-billion on biological warfare research, a sum unprecedented in world history, and an obliging Congress has authorized it.”

Notice that the above list of corporations includes some of the biggest names in biotech: BASF, DuPont, Syngenta, and, of course, Monsanto, who manufactured the highly toxic Agent Orange sprayed in Vietnam.

Where is Monsanto now carrying out biowarfare research?

We know that one of its most important GMO/pesticide experimental units is located on Maui, where, in the last election, voters passed a ballot measure that ordered Monsanto and Dow to halt all research—until a complete independent investigation into their activities was done.

That’s right. The ballot measure was aimed at disclosure of all Monsanto experimental activities in Maui County.

In the wake of the vote, all hell broke loose. The County Government of Maui, “representing” its own citizens, REFUTED the vote and suspended it. Representation became outright betrayal. Maui County Government joined with Monsanto and Dow in suing to block and nullify the vote. That’s a serious move. Very serious.

The case was kicked up to the federal level, and two federal judges have since taken charge. The first, Barry Kurren, a biotech supporter, made a few preliminary moves and then stepped away, appointing in his stead, Susan Oki Mollway.

I pointed out that Judge Kurren had a major conflict of interest, because his wife, Faye, had served on the board of an “environmental group” that had taken in a $10 million donation from Dow.

Ollway, the second federal judge, has done nothing but delay and delay her ruling, absurdly citing possible state legislation that could resolve the situation.

Since when does legislative consideration of a bill that doesn’t even exist stop a judge from ruling on the criminal nullification of a legitimate popular vote?

Since when does a judge, with a nudge and wink, practically ask for a new law that would support Monsanto and Dow and destroy the legitimacy of voters’ voices?

There is a mad rush to destroy the voters’ demand for disclosure of Monsanto/Dow human experimentation on Maui. Biowarfare research, potentially involving genetically modified organisms, would certainly rank as experimentation.

Is this part of what Monsanto is so afraid of? The revelation that, beyond the use of new toxic pesticides and new GMOs in the “open-air laboratory” of Maui, their biowar research activities would be exposed?

There is only one way to find out: certify the legitimate Maui vote and immediately open up all Monsanto/Dow facilities to independent rigorous inspection.

Carry out intensive and relentless interviews with Monsanto/Dow scientists and other employees, under oath, under penalty of perjury, and see what pops up out of the hopper, out of the secret guarded facilities.

There are 11 military bases in Hawaii. Does Monsanto maintain connections with the military there? If so, what sorts of relationships have been formed? These questions need to be answered, too.

As I’ve written before, the Maui ballot measure was not about commercial GMO/pesticide farming. Its unequivocal language focused on human experimentation, secret experimentation—blocking it, investigating it.

The two federal judges I mentioned above have studiously ignored this fact, pretending the issue at stake is standard GMO/pesticide agriculture. Likewise, Monsanto, Dow, and the treacherous Maui County Government have gone along with the charade—because they know the voters’ case can be won, if the experimentation issue takes front and center.