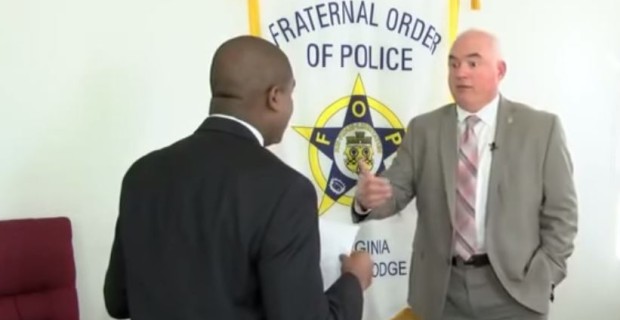 “No such thing as a petty crime” 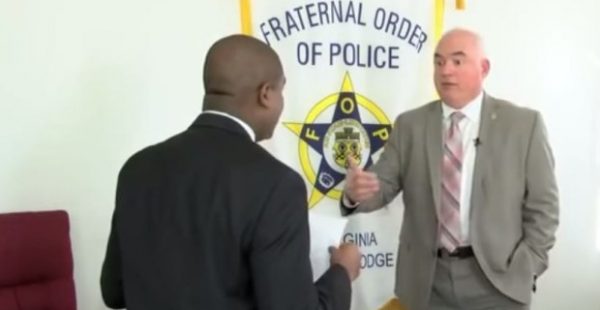 A police representative warned that Americans could be arrested for bad language or insulting someone on Facebook after a woman was charged with “harassment by computer” for posting a selfie of herself holding a gun.

The controversy began when 26-year-old Kristin Holmes got into a Facebook argument with a woman who had mistaken her for someone else.

Holmes posted an image of herself pointing a gun at the camera alongside the words, “I’ll post a few actual pics of me so you know the difference when you come find me.”

Holmes later realized that the picture was “a little bit intimidating” and took it down, but police later arrested her and charged her with a class 1 misdemeanor. Holmes now faces up to one year in prison and/or a $2,500 fine.

“It wasn’t a threat. I thought it was a funny picture….What happened to freedom of speech?” Holmes told WWBT.

However, just as alarming as Holmes being arrested were comments made by Kevin Carroll, president of the Virginia Fraternal Order of Police.

“Free speech doesn’t say you have the right to insult somebody,” Carroll told the NY Daily News.

During a WWBT interview, Carroll also said that using bad language online should also be considered a crime.

This is by no means the first time Americans have been arrested for making comments on Facebook.

The most egregious example occurred back in 2012 when former Iraq and Afghanistan veteran Brandon Raub was kidnapped from his home by police, FBI and Secret Service agents and forcibly incarcerated in a psychiatric ward by authorities in Virginia in response to Facebook posts which the FBI deemed “terrorist” in nature.

Raub’s posts questioned the official story behind 9/11 and referred to corruption within the U.S. government.