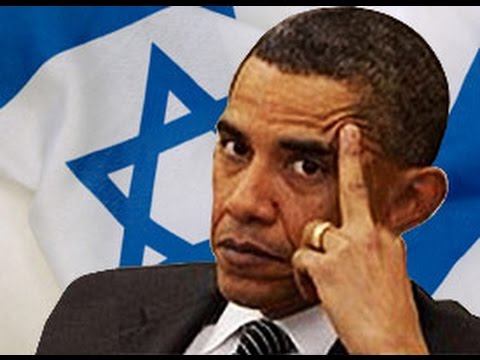 Barack Obama will not bomb and destroy the nation of Israel, but he is definitely willing to hold the coats for those who do.  There can be no doubt as to Obama’s feelings for Israel, having spent a good portion of his early life associating with various organizations and people associated with the desire to see Israel destroyed forever.  He was close friends with Rashid Khalidi, the former US spokesman for the PLO.  He also knew Edward Said and Ali Abunimah.  He once apologized to Abunimah for not being more active in his defense of the Palestinians over Israel.

Over the past few weeks, while Obama and John Kerry were busy falling over themselves, seeing who could back down the farthest and the fastest, Iran was sending Hamas tens of millions of dollars to rebuild tunnels from the Gaza strip into Israel and for procuring missiles.  It’s no secret.  The United States is well aware that it has happened.  Israel and it’s allies in congress have urged Obama to include a clause in the agreement with Iran that recognizes Israel’s right to exist.  Obama had his resident idiot Marie Harf, reject that notion out of hand.  Obama has no intention of demanding such a promise.

Since he has been president, Obama has shown his disdain for Israel many times.  He had Netanyahu at the White House and he walked off and left him alone, while he had dinner with Moochelle, the First lady of Taxpayer sponsored vacations.  He has insisted that the borders of Israel revert to their pre 1967 positions, which would give a variety of enemies easy access into Israel.  He has even suggested that Israel give up all or part of Jerusalem.    He has also hinted that he is now willing to allow the UN to take land away from Israel and give it to the Palestinians.

This has even more implications than just the borders.  What is seen as defending itself against Hamas terrorists today, would be an attack on a sovereign nation tomorrow.  That would have more serious consequences and could evolve into a coalition of nations stepping in in to defend Palestine against Israel and give Obama an excuse for cutting off Israel from much needed military weaponry.  This would make Israel extremely vulnerable and could even lead to a second holocaust .  Think I’m being melodramatic?  Consider the way countries are treating Jews today.  They are fleeing France in large numbers.

Even here in the United States moronic college students actually believing they have the tiniest semblance of gray matter between their ears are acting like jack booted Nazis on our campuses all across America.

Obama is working on the final solution.