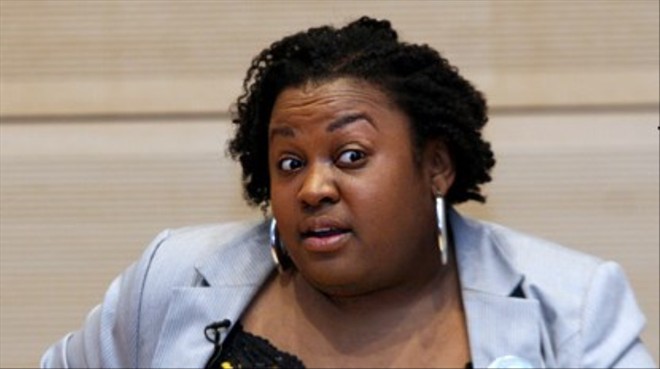 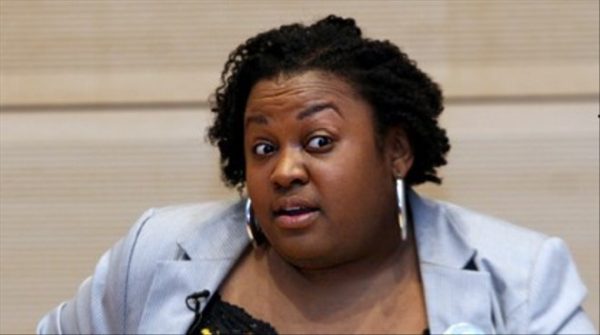 Another open-minded and inclusive college professor is going around making blanket statements about huge groups of people and the religion they practice. This time it’s a Rutgers University professor by the name of Brittney Cooper who has everything figured out. She wrote about the recently passed Indiana Religious Freedom Restoration Act (RFRA) in an article for Salon.com where she said this:

[T]his kind of legislation is rooted in a politics that gives white people the authority to police and terrorize people of color, queer people and poor women. That means these people don’t represent any kind of Christianity that looks anything like the kind that I practice…

I often ask myself whether I really do worship the same God of white religious conservatives…[Jesus] never found time to even mention gay people, let alone condemn them. His message of radical inclusivity was so threatening that the state lynched him for fear that he was fomenting a cultural and political rebellion…

…This white, blond-haired, blue-eyed, gun-toting, Bible-quoting Jesus of the religious right is a god of their own making. I call this god, the god of white supremacy and patriarchy…

This God isn’t the God that I serve…He might be “biblical” but he’s also an asshole.

The Jesus I know…was a radical, freedom-loving, justice-seeking, potentially queer (because he was either asexual or a priest married to a prostitute), feminist healer…seduced neither by power nor evil…

…We need to reclaim the narrative of Jesus’ life and death from the evangelical right. They have not been good stewards over the narrative. They have pimped Jesus’ death to support the global spread of American empire vis-à-vis war, “missions,” and “free trade,” the abuse of native peoples, the continued subjugation of Black people, and the regulation of the sexual lives of women and gay people. Let us mark this Holy Week by declaring the death to the unholy trinity of white supremacist, capitalist, heteropatriarchy. And once these systems die, may they die once and for all, never to be resurrected.

There is so much wrong here it would take many volumes of books to unravel it all. Suffice it to say that this liberal perspective of who the Christian God is has never surfaced in the history of our faith. Over 2000 years and the god that this despicable woman describes has never been part of orthodox Christian teaching… and it’s not so now. Even in the vast majority of black American churches, the god that this horrible professor describes never makes an appearance. So the entirety of her speculation about who God is is without merit and specious.

Moreover, I cannot even begin to write the words to express how angry her characterization of God makes me.

However, it is something that we must learn. Liberals are attempting to coopt Christianity, to pervert the truth of the Word of God, which Jesus told his disciples was OFFENSIVE, in an effort to silence us. We cannot allow this to happen, because they would pervert, twist and even destroy the very Word of Truth that our Father has given to us.

Remember folks, Jesus told us that the world would hate us. He said that they had crucified Him, what did we think they would do to us?! Yes, some of our beliefs are controversial, but that does not make them wrong.

I’m sure some wise, religiously trained seminarian could write up a compelling and thoughtful counterpoint to this obviously twisted piece of garbage that Salon chose to call an article. For me, I can only say that I serve a great God. A God who is merciful and just. A God who loves us, and a God who expects us to obey his commands. I also serve a God Who has told me to choose between the wisdom of this world and the wisdom He has shared in His Word. I will always choose His Word.