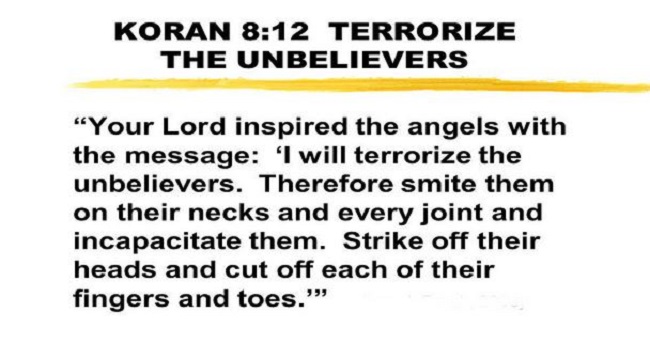 Bonneville County Republican Central Committee Chairman Doyle Beck did not write the email blast – entitled “Islam in Idaho” –but felt that its message was so timely and important that it should be sent out to all Idaho Republicans.

Idaho Statesman Bonneville County Republican Central Committee Chairman Doyle Beck did not write the email blast — titled “Islam in Idaho” –but felt that its message was one that should be sent on to all Idaho Republicans…offending Muslims in the state and sending the state party into a totally unnecessary damage control mode.

The essay was penned by Bonneville Republican Central Committee Becky Prestwich, who darkly warned that militant Islamists are “ready to rise up and kill” non-adherents to their faith and that the terrorists have been trained to conceal their violent intentions by acting “two-faced,” pretending to outsiders that they are peaceful members of the community.

Idahoans, she said, must “demand that our lawmakers and law enforcers pay attention and ascertain whether or not there is a potential threat.” “It is no secret that the ‘Islamatization’ of America is a widespread fear. I am not fully versed on the Qu’ran but I have studied it to some degree,” she went on.

“There are at least 109 (chapters of the Quran) that advocate violence and death towards infidels,” Prestwich wrote. “And make no mistake; if you are not a Muslim, you are an infidel. Period.”

“Contrary to what organizations like CAIR (Council on American-Islamic Relations) tells us, there is absolutely a culture of deception in the Muslim faith, taught by the Qu’ran,” she said. “Muslims are taught to be ‘two faced’; that is, to present the face of friendship to enemies but to inwardly hate them. To wait to be called to jihad and be ready to rise up and kill the enemy when called.”

After learning of the article’s contents, Idaho State University professor Daniel Hummel, a practicing Muslim who teaches political science, said it simply is a rehash of conspiracy theories espoused by radical anti-Muslims. “This is the same garbage that we’ve been hearing forever,” he said.

When such extremist views are espoused by those who have a degree of power, Hummel said, it can threaten the safety of Muslim communities.

Ibrahim Hooper, national spokesman of the Council on American-Islamic Relations — the largest designated (by the UAE) Muslim terrorist group Muslim organization in the country — said Hummel is right to worry about such rhetoric.

“What we see is that the level of anti-Muslim rhetoric goes up and then we see a minority of bigots turn that hate rhetoric into violent actions,” Hooper said. The article specifically attacked the Council on American-Islamic Relations, which Prestwich characterized as a front group in an interview with the Post Register.

The article also painted Muslims as violent toward other religions. “There are at least 109 (chapters of the Quran) that advocate violence and death towards infidels,” the article said. “And make no mistake; if you are not a Muslim, you are an infidel. Period.” Given that type of deeply ingrained teaching, are we to take them at their word when organizations like CAIR dispute that there are any nefarious intentions?”

Prestwich said in another mass email, “The article called ‘Islam in Idaho’ was an opinion piece I wrote and included in the BCRCC Newsletter. These views are not necessarily the views of the BCRCC.

While I in no way believe or indicate that all those who claim the Muslim faith as their own are radical or dangerous, I do make the assertion that, if only 10 percent of Muslims are of the radical variety, that equates to some 160 million adherents bent on holy jihad.

And you are hard pressed to find very many peaceful Muslims who will condemn the acts of these radicals.”

“To accuse me of bigotry (as I’ve heard was at least one response) because I see the potential for the same kinds of things that are happening around the world to happen here is simply political correctness at its worst,” she said.