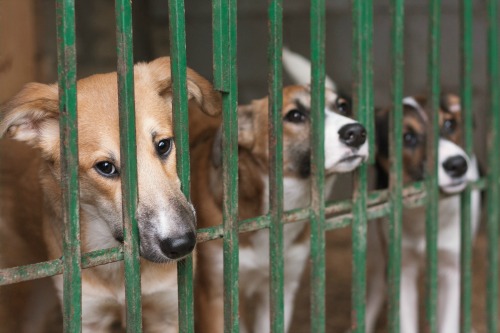 Keep a close eye on your dogs: animal control agencies across the US are hitting pet owners with large fines for small violations – and some are killing the pets of those who can’t afford to pay up.

In a number of cities across the country, animal control agencies are aggressively going after pet owners with big fines for small violations. Some hold people’s pets until they settle their bills, even if it means they end up killed. Others leave the dogs alone but issue arrest warrants for owners who can’t pay up.

The infractions can include failing to license a pet, owning a dog that barks a lot, or accidentally letting an animal get loose in the neighborhood. But the penalties are serious, often amounting to hundreds or even thousands of dollars.

So are the consequences. When owners of seized or lost dogs can’t afford to get their pets back, they relinquish their rights to the animal, which can result in a pet being euthanized. Meanwhile, a CNNMoney analysis of active warrants from a sampling of 15 cities and counties across the country found thousands of outstanding warrants for small pet-related offenses.

Pet owners and animal rights attorneys say these brutal tactics are all about generating money and unfairly impact low-income families.

Of course, animal control agencies (which are usually run by local governments or contractors – go figure) say they need the revenue to keep their doors open. They also say the fees and fines are intended to encourage responsible pet ownership and keep neighborhoods and animals safe.

But some say the tactics used by such agencies are questionable.

Elizabeth Vasquez, who resides in Indio, California, says that animal control officers seized her two dogs, Silver and Canelo, for being loose in the neighborhood and fined her $500.

Vasquez says her dogs were secure in her backyard at the time.

She used her grocery money to pay $200, which was enough to get Canelo back. But animal control killed Silver before she could scrape together enough cash to bail the dog out.

Not only are these agencies scooping up dogs that have been found roaming their neighborhoods and holding them for ransom, they are sending inspectors out to homes to issue fines:

Last year, Riverside County inspectors incited controversy for going door-to-door and giving out citations of up to $400 per dog in Indio’s low-income and mainly Hispanic neighborhoods. In some cases, they cited people for failing to have their pets licensed, sterilized, vaccinated and microchipped without even seeing the animals.

Riverside County told CNNMoney that this was part of its ongoing enforcement efforts across the county and residents could avoid paying the fines by fixing the violation within 30 days. While there are some low-cost options available for sterilization and other procedures, local advocates said waiting lists are often months long. They also railed against the agency for leaving wealthy, gated communities untouched.

Kim Maguire-Hardee, a local activist who runs a low-cost spay and neuter clinic, said, “They are threatening people. They are intimidating people. But if people have lawyers and speak English, they don’t go there.”

If your dog is accused of a crime, your pet may be held indefinitely – at very high costs to you – while you attempt to prove their innocence. Colorado resident Caitlin McAdam’s dogs, Jake and Lucy, were accused of killing a neighbor’s cat and were seized from her home earlier this year:

Even though no evidence was provided that linked her dogs to the incident, McAdam was told that they could be killed if she didn’t pay $1,200 in upfront impound fees within 10 days.

The Humane Society of the Pikes Peak Region, a contractor that handles animal control for the area, said fees are set by state law and the court determines how quickly a case gets heard.

With the help of an attorney, McAdam moved her dogs to a private facility while they await trial. This costs her $250 a week.

An initial hearing overseen by a judge was held in mid-February. And while her attorney recently learned that an autopsy of the cat found it unlikely that it was attacked by two dogs, McAdam is still awaiting a jury trial in April.

At that point, she and her attorney plan to present proof of the dogs’ innocence — including multiple witnesses who were with the dogs when the alleged incident occurred.

Right now, McAdam and her family only get to see their beloved pets during approved visits. The ordeal is costing them thousands of dollars. In order to raise money to keep their dogs alive, the family has sold an old car, used a tax refund, borrowed money from friends, and raised money through crowdfunding.

If McAdam’s dogs are found guilty, they may be killed anyway. If they are found innocent, she won’t get back the money she’s spent on keeping them alive.

“We’ve had to come up with extra (money) that frankly we just don’t have,” said McAdam, whose 9-year-old son Derrick has been traumatized by the incident. “It’s hard — it’s definitely hard.”

Pets aren’t the only ones being locked up for these violations. Their human companions are as well:

Root was charged $525 for the incidents. Living on roughly $2,000 a month and already struggling to pay her property taxes, she couldn’t afford the fines. But she was thankful nothing happened to her dogs.

When she missed a court hearing about the violations — which Root said she couldn’t attend for medical reasons — an arrest warrant was issued and she was put in jail.

Root was facing up to a YEAR in jail if she didn’t pay $7,000 in fines. Thankfully, a good samaritan heard her story and bailed her out. And, a pro bono attorney helped her get the fees dropped to $500, which her church and her lawyer graciously helped her pay.

To avoid having your dogs snatched up by the authorities, consider the following tips for responsible pet ownership: