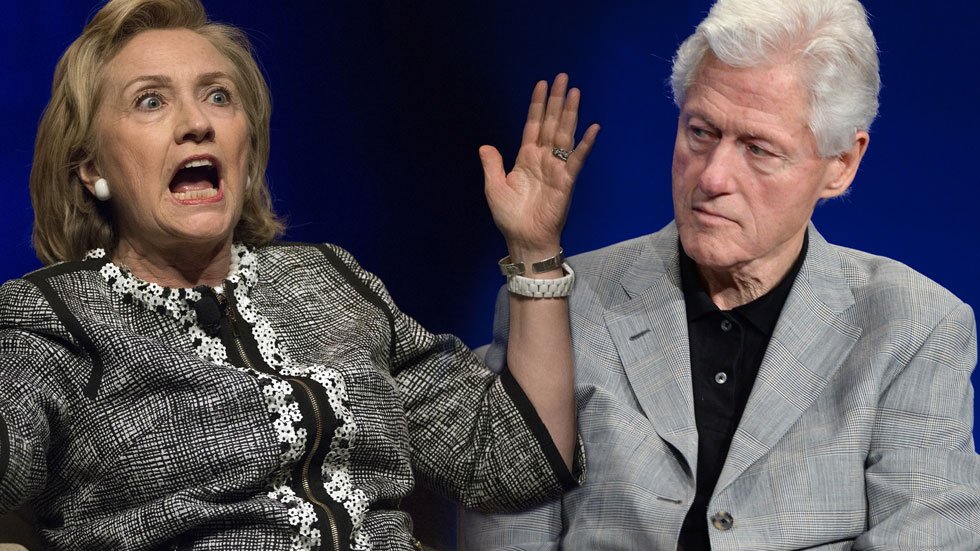 “The Residence: Inside the Private World of The White House,” written by former White House reporter,  Kate Anderson Brower of Bloomberg News.  The book has not yet been released but excerpts have been leaked out, probably to aid in the sales of the book.  It might just work if the book is filled with some of the excerpts read here.

“There was blood all over the president and first lady’s bed.  A member of the residence staff got a frantic call from the maid who found the mess. Someone needed to come quickly and inspect the damage. The blood was Bill Clinton‘s. The president had to get several stitches to his head.”

At the time of the fight, 1998, the story circulating was that Hillary had hit Bill with a lamp, but White House staff believed that Hillary hit Bill with one of the dozens of books she keeps on her nightstand.  Bill had to have stitches from the attack, which he later claimed happened when he ran into the bedroom door in the middle of the night.  Right.  This happened just as the Monica Lewinsky affair was made public.

Mr. Clinton “insisted that he’d hurt himself running into the bathroom door in the middle of the night,” Ms. Brower writes. “But not everyone was convinced. ‘We’re pretty sure she clocked him with a book,’ one worker said. … The incident came shortly after the president’s affair with a White House intern became public knowledge … And there were at least twenty books on the bedside table … including the Bible.”

Former White House florist, Ronn Payne recalled another incident in which Bill and Hillary were fighting :

“He was coming up the service elevator … as the Clintons argued viciously with each other. … [H]e heard the first lady bellow ‘goddamn b******d!’ at the president – and then he heard someone throw a heavy object across the room.  The rumor among the staff was that she threw a lamp. The butlers, Payne said, were told to clean up the mess. In an interview with Barbara Walters, Mrs. Clinton made light of the story … ‘I have a pretty good arm … If I’d thrown a lamp at somebody, I think you would have known about it.’ … ‘You heard so much foul language’ in the Clinton White House.

In the book it says that although Bill’s affair with Monica was made public on  January 17, 1998, but White House staff knew about it long before then as they saw Bill and Monica alone on many occasions.  The Clinton’s desire for privacy made it difficult for the staff who had to endure the fights and pretend they did not know they happened:

“The Clintons’ preoccupation with secrecy made relations with the staff ‘chaotic’ for their entire eight years in office, [retired White House Usher Skip] Allen said,” according to an excerpt. “At least one residence worker, Florist Wendy Elsasser, attributes their anxiety to parental concerns: ‘I think protecting Chelsea may have had a lot to do with, for lack of a better term, their standoffishness with the staff.’”

Brower spoke to over 100 former and present members of the White House staff in writing her book.  Should be a real hit….Just like Hillary.