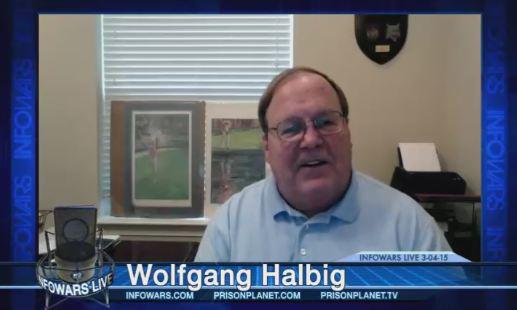 On Wednesday, April 1 Wolfgang Halbig retained a Connecticut-based attorney, Kay Wilson, to represent him in his FOI case for records pertaining to the Sandy Hook Elementary School shooting of December 14, 2012. On April 3 Wilson informed Halbig that she could no longer represent him, citing a fear for her safety and that of her family, according to Halbig.[See update below.]

“My new attorney just resigned stating that she is concerned for her safety and that of her family,” Halbig wrote in an April 3 email to Linda Fasciano, one of the Connecticut’s Freedom of Information Commission‘s administrative assistants. “All this in just three days. Who talked to her?”

Halbig further asked Fasciano to inform the CT FOI’s Executive Director and General Counsel Colleen Murphy of his uncertainty at the appointment of Matthew Streeter to oversee Halbig’s FOI appeal. Streeter, who arranged for the postponement of Halbig’s March 31, 2015 hearing so that attorney Monte Frank could ride his bicycle at a pro-gun control event, has an established history of hindering Legitimate FOI requests.

As the testimony from one CT Freedom of Information Commission member observes,

The record shows that hearing officer Streeter sustained virtually every objection by Assistant Attorney General Terrence O’Neill and suppressed evidence and statements that normally and customarily would be admitted during Freedom of Information hearings. Notably, while shutting down the complainant’s case, the hearing officer never once cautioned the respondent’s attorney for asking leading questions or for any other technical violations.

Indeed, conversely, Streeter allowed the respondent attorney — numerous times — to interrupt and forestall our attempt to put on a case.

The hearing officer has a duty to keep lawyers from dominating lay complainants. More importantly, the Code of Professional Conduct covering hearing officers demands a fair and unbiased hearing.

Among Halbig’s main requests is information pertaining to local Newtown arrangements for children attending Sandy Hook Elementary to travel from Connecticut to the Super Bowl’s opening ceremony in New Orleans on February 3, 2013. Despite the fact that extensive paperwork would have been processed and stored for such a momentous event, the Newtown School Board is incapable of producing any such documentation.

Dear School Superintendent and Chairman of the School Board:

Under the Connecticut Freedom of Information Act § 1-200 et seq., I am requesting an opportunity to inspect and obtain copies of public records that will show:

If there are any fees for searching or copying these records, please inform me if the cost will exceed $ 200.00.

The Connecticut Freedom of Information Act requires a response within four business days. If access to the records I am requesting will take longer, please contact me with information about when I might expect copies or the ability to inspect the requested records.

If you deny any or this entire request, please cite each specific exemption you feel justifies the refusal to release the information and notify me of the appeal procedures available to me under the law.

From: Wolfgang Halbig
Sent: Sunday, February 01, 2015 10:03 AM
To: Frank, Monte E.
Subject: Waiting for your response since March 17, 2014. You have a school board policy on Filed trips and again ignore those policies. Why?

The Newtown Public School District and its School Board members approved the Sandy Hook Elementary School Choir Field Trip to travel to New Orleans and perform at the pre-game show of the Super Bowl Feb 3, 2013 if you remember?

The reason I am asking is Why did the Newtown Public School Board not recognized those 26 children and their families during the school board meetings on Feb 5, 2013, or Feb 15, 2013 since they performed to a world wide audience making the Sandy Hook Elementary School and school district proud.

They NEVER ever brought in those 26 children and parents to shake their hands showing them how proud they were of their performance at the Feb 3m 2013 Super Bowl. Why?

There are school board minutes recognizing two Choruses from Sandy Hook and that was that. Why? What does the other Chorus have to do with that fantastic presentation of those 26 children and Chorus Teacher from Sandy Hook Elementary School?

Under the Connecticut Freedom of Information Act § 1-200et seq., I am requesting an opportunity to inspect and obtain copies of public records that will show:

So I am asking again under the CT Freedom of Information Act which you and the school board are intentionally ignoring that you and Newtown School Board provide me with copies of the following;

1. Copies of those 26 children Parental Field Trip permission forms holding the school board harmless if something where to happen to them on this field trip.

2. Copy of the School Board approved Field Trip Application signed off by the school board that was submitted by Sandy Hook Elementary Chorus Teacher requesting permission to attend the Super Bowl in New Orleans and perform with 26 children from the Sandy Hook Elementary School on Feb 3, 2013.

Three simple questions again that are not exempt from Public Records as you must know.

Act accordingly and process my request since I have been waiting since March 17, 2014.

[Update 12:45PM 4-4-15: On the morning of April 4 Wilson states that despite some misgivings she will in fact move forward and represent Halbig in his FOI case.-JFT]