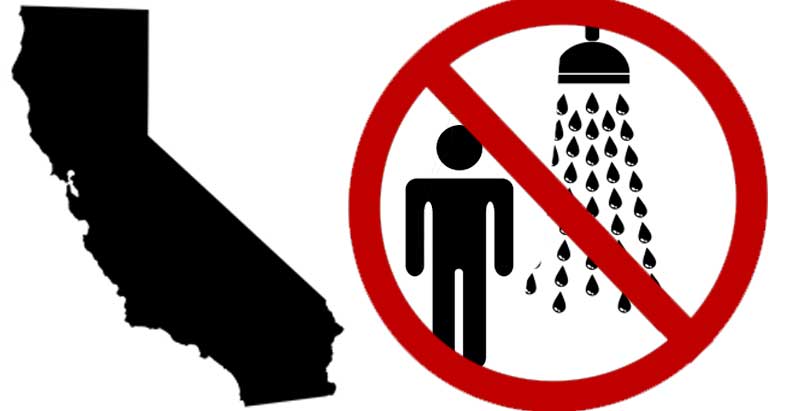 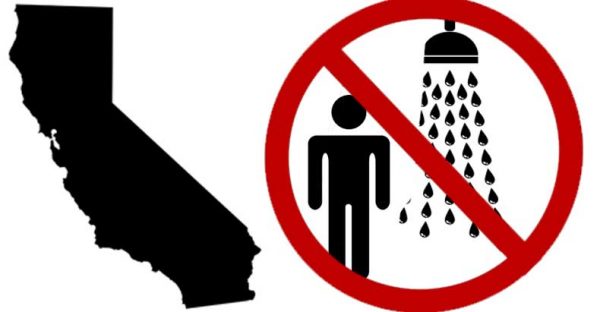 Los Angeles, Calif. – On Sunday, California Governor Jerry Brown (D) appeared on ABC’s “This Week” program, making what can be described as nothing less than Orwellian statements regarding emergency measures to be enacted by the state to combat potential water shortages.

“This executive order is done under emergency power. It has the force of law. Very unusual. It’s requiring action and changes in behavior from the Oregon border all the way to the Mexican border. It affects lawns. It affects people’s — how long they stay in the shower. How businesses use water,” Brown said.

Brown went on to address enforcement of the new executive order stating, “Each water district that actually delivers waters — water to homes and businesses, they carry it out. We have a state water board that overseas the relationships with the districts. Hundreds of them. If they don’t comply, people can be fined $500 a day. Districts can go to court to get a cease and desist order. The enforcement mechanism is powerful. In a drought of this magnitude, you have to change that behavior and you have to change it substantially.”

California’s agricultural industry is the largest in the country, receiving $46.4 billion for its output in 2013, according to the California Department of Food and Agriculture.

“It is striking that his executive order refines restrictions to the urban sector that consumes only 20 percent of California’s water and leaves the agricultural sector, which consumes 80 percent of the water, untouched at least for the moment,” said Mark Hertsgaard, an environmental journalist and author who lives in San Francisco. “You can’t leave 80 percent of the problem off the table.”

The large question of why only individual citizens are bearing the burden of the new water restrictions, while big business is allowed to continue unabated with business as usual, due to the emergency order having no effect on them, remains to be answered.

High water use industries such as Nestle, which bottles over 200 million gallons of water per year, and frack-mining, which uses 70 million gallons-per-year, are both exempt from the new California water restrictions.

Guest host Martha Raddatz highlighted for Brown that there’s “More water used for almond production than is used by all residents and businesses in San Francisco and Los Angeles combined,” as the almond industry uses over 1.1 trillion gallons of water yearly.

In an anemic response, Brown stated, “Farm workers who are — very low end of the economic scale here, are out of work. There are people in agriculture areas that are suffering. Who are providing food,” adding, “They’re not watering their lawn or taking long showers. They’re providing most of the fruits and vegetables of America. And a significant part of the world.”

Brown promptly skirted the question, and instead reiterated that farmers will be allowed to continue with the same use of water as prior to the restrictions, while California residents will be forced to curtail their water usage under government threat of force.

Like all threats from government, the fines from the city would ultimately be enforced through the initiation of force. If you refused to be extorted, armed men from the state will come to collect claimed monies owed. If you continue to refuse, eventually defending yourself from these armed men as they attempt to lock you in a cage, you will likely be killed.

“The order does not deal with the fact that farmers are accelerating the planting of water-intensive crops, primarily for export, at the same time residents are being required to reduce their water by 25 percent,” said Jonas Minton, a water policy adviser for the Planning and Conservation League and a former state water official.

Minton argued the order should have included restrictions on planting water-intensive crops and more regulations for groundwater drilling.

“People are willing to sacrifice when they believe it is a shared sacrifice,” Minton said.

The heavy-handed approach towards citizens is a continuation of an overarching narrative of citizens being penalized, while corporate interests are shown preference, as evidenced by water restrictions being solely placed upon individuals.

When you are threatened with being fined $500 dollars a day for taking “too long of a shower;” can you really continue to convince yourself that you live in a “free country?”

The only way to stop this continual creep towards tyranny is by awakening the sleeping masses. Please share this story with a friend and help shine a light in what is transpiring.