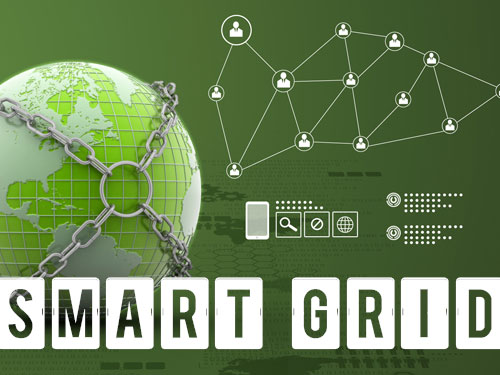 Everywhere people’s houses are being fitted if they already haven’t with smart electric meters and smart water meters. These meters communicate real-time usage data via radio frequency (which comes with its own set of health problems).

Essentially, consumption of utilities in your home is being big brother tracked and traced at all times on the smart grid.

Sure, it was sold to everyone as a “smart” solution for keeping consumption in check, that it would decrease utility bills because people could use it to check out how much they use and find smart ways to cut down. (How many people are really even doing that, by the way?)

As we can see happening now in California during its historic drought, smart meters are also being used by authorities to seek people out and impose fines.

Water authorities are using a new tool in a major effort to crack down on people and businesses wasting water in light of new water restrictions issued by Gov. Jerry Brown to fight the drought.

The Long Beach Water Department says sprinklers at a McDonald’s restaurant on Bellflower Boulevard went on for 45 minutes at a time, twice a night, for an undefined number of nights. Complaints continued to mount as water pooled and wasted. The department, however, could do little about the wasting.

That was before the smart meter.

Since its installation in February, Long Beach Water Department General Manager Kevin Wattier says he saw an immediate spike by tens of thousands of gallons, each time McDonald’s overwatered their property.

“It collects the data every five minutes, then after midnight, the cellphone that’s built in here comes on, makes one call, and calls it in to the database that we and the customer, through a password security system, have online access to their consumption,” Wattier said. [emphasis added]

Using this data, Wattier knew the precise moment to send his employees to videotape the infractions to use as evidence.

“We are using it specifically for an enforcement tool to go after those customers who we’ve gotten lots of complaints about,” Wattier said.

Or what if you hate that little old lady and, as a neighbor who is out to get someone, you decide to leave her sprinkler on for her? What a payback.

Could that happen? You see, the propaganda surrounding the drought has already turned a lot of Californians against each other.

A social media campaign #droughtshaming started by authorities in some cities seeks to get people to photograph and film “water wasters” and shame them on social media. The “evidence” gathered can then be used by authorities to impose fines on people as well. One of the guys in the article I wrote about was filming people’s homes at night and putting the videos up on YouTube. One of the videos he put up had the wrong address.

Meanwhile, 80% of water in California goes to mega agriculture operations, including Confined Animal Feeding Operations (CAFOs). Cities are still selling millions of gallons of water for pennies on the dollar to megacorporations like Nestlé to bottle and sell. So the 20% of people left who are tattling on their neighbors for leaving a sprinkler on for an extra half hour that’s not really going to change anything just by the way.

Question: while the system is busy turning neighbors into angry snitches and using smart meters to impose heavy fines on everyone, is any of this making more water?

Is all that money making more rain happen? Or is it just making more money for cash-strapped municipalities? Are they going to take all those fines and do something about the situation or just make bank?

In the meantime, the smart grid is doing exactly what it was always designed to: keeping everyone tracked, traced, financially trapped and strapped, and under the thumb of the establishment’s ever-watching eye.