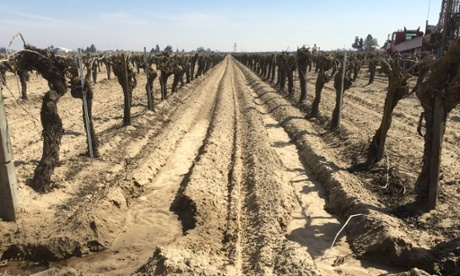 In December 2014, NBC Nightly News reported on a massive amount of rainfall that fell in a 24 hour period. In Southern California, it was 8″ or more in spots.

During the broadcast, an NBC reporter interviewed Fritz Coleman, a Southern California Weathercaster for KNBC, who stood aside the swelled Los Angeles River and said: “All of our water – we sit and watch it run down the L.A. River and we go – see ya.” The reporter then claimed that, in fact “85% of all the rain water that falls in Southern California is wasted.” It is not collected or diverted. It is allowed to simply run out to sea.

And why is that? Well, of course – it’s radical environmentalism and the extremist policies they push, with the aide of their willing accomplices in the California State House and Governor’s Mansion.

Just as they do nationwide to our energy sector – forcing the closure of hundreds of coal plants, not allowing drilling on federal lands or permitting the construction of nuclear plants, these environmentalist wackos have all but caused the drought conditions in California.

No, they didn’t cause the actual drought. To my knowledge, they are not gathering in field to perform a no-rain dance, but the policies pushed for decades by these loons have certainly caused the conditions we see today.

Former CEO of Hewlett Packard and possible presidential contender Carly Fiorina spoke of this very problem on Glenn Beck‘s radio show this week. The Blaze did an accompanying report on the interview, where she said the water crisis is the result of “liberal environmentalists” who are “willing to sacrifice other people’s lives and livelihoods at the altar of their ideology.”

We’ve all heard the term “man-made” global warming. Well, Fiorina said the same of the water crisis. She explained, “It is a man-made disaster. California is a classic case of liberals being willing to sacrifice other people’s lives and livelihoods at the altar of their ideology. It is a tragedy.”

But liberals are one of the predominant species in California and they, too, must be hurt by the drought conditions. Doesn’t the drought also negatively affect their lives? Yes, of course it does, but we must always be mindful of rule number 1 – a liberal is a liberal first, and will think and act as one, even possibly to the determent of themselves, their families, and their communities. And there will always be someone or something else to blame, like climate chaos—I think that’s the latest term for global warming.

Yet, the ill effects of this latest drought could easily have been mitigated with the building of new reservoirs, rainfall diversions, dams, and other water conveyance systems. But again, state and federal environmental regulations have prevented such things. That and the massive cost of construction.

The last major reservoir construction in California took place in 1979 – 36 years ago. Since then, the state has added a population the equivalent of all the people living in Washington State, Oregon, and Nevada—or about 15 million.

But, as I stated, reservoir construction is pricey, and the state must bear most the cost burden. Gone are the days of massive federal subsidies for such projects.

In June 2014, it was estimated that to expand just 3 major reservoirs and build two additional, the total cost would be somewhere around $7.5 billion. Now, approximately one month after this report was published, Governor Moonbeam, Jerry Brown, approved the coming fiscal year’s budget at $108 billion. At the same time, the “Federation for American Immigration Reform (FAIR) released a report for 2014, finding illegal immigration costs California taxpayers $25.3 billion per year. That’s darn near 25% of their entire budget! Let’s see – $7.5 billion for more water or $25 billion for illegals. Tough choice.

California can cry all it wants about the effects of the drought and the cost of mitigation, but how many reservoirs, dams, and aqueducts could be built with $25 billion per year?