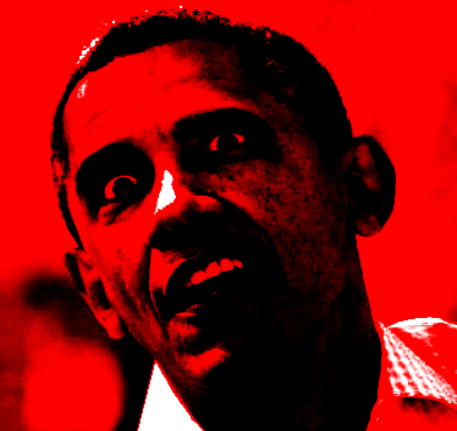 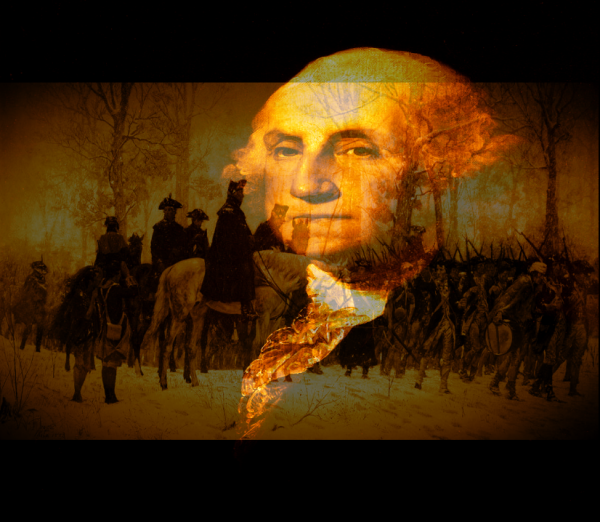 “ETERNAL VIGILANCE IS THE PRICE WE PAY FOR LIBERTY”

A venerable quote whose author many have popularly credited as being Thomas Jefferson, although in my researching its origin, no evidence exists supporting the belief that Jefferson was in fact the source of this citation. But in the context of our present era and its phalanx of intrinsic adversities we’re immersed with, establishing paternity of this aphorism is less meaningful than the meaning of the aphorism itself. Eternal vigilance. By that measure, when you look around at our stricken country as it is today, eternal vigilance, along with the moral fortitude and scrupulous constancy necessary to sustain it, would appear to have been exhausted and abandoned in the course of events generations ago. And from this machinated attrition, now we’ve begun to pay that price as we witness this concerted encroachment upon our liberties undertaken by those whose conniving natures and clandestine schemes are more aligned with Lucifer than with any sense of honor or fidelity to their respective Oaths of Office. Think about it. We have a sitting president negotiating a bizarre, constantly transubstantiating deal with our enemy Iran that, despite whatever smoke Obama decides to blow out of his ass to us on any given day, will still see them eventually getting their hands on nuclear weapons. But relax everybody because America’s first black president is on the job and has it all under control and that makes it all okay. You know what tho’? 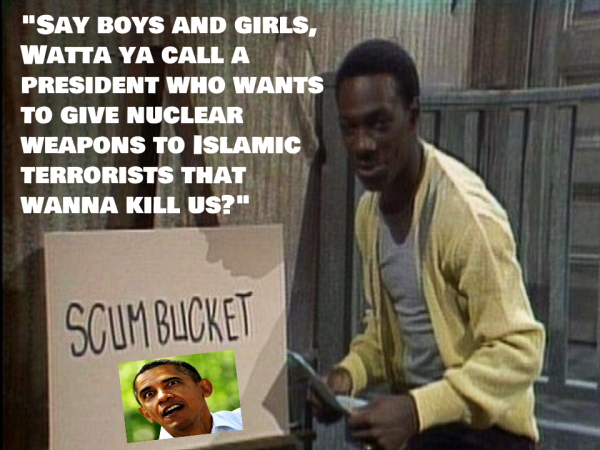 Another way you can look at it is that we’re going to allow this president solely by virtue of the dominant color of his mixed ethnicity (who the majority of our country already believes is out of his narcissistic mind to begin with) to put NUCLEAR WEAPONS  into the hands of the world’s most conspicuous grubstakers of state sponsored Islamic terrorism across the Middle East. Y’know, the ones we’ve heard about in the news chanting for the death of our country and who promise to wipe our ally Israel off the face of the planet? We’re talking about psychopaths who have played an active role for years in supplying material aid to dispersed adjunct terrorist groups across Western Asia to use in the slaughter and maiming of our soldiers. Now ruminate on what I’ve said for a minute…So are you wondering if our nation hasn’t lost its f*cking mind too? Yeah. Welcome to my world.

You know it’s bad too when other than Israel, even our Arab allies are fearing this nuclear deal Obama’s trying to get passed either by hook or by crook. In a March 5th article by By Yaroslav Trofimov at wsj.com:

~The Israeli prime minister’s public confrontation with President Barack Obama over the U.S. administration’s pursuit of a nuclear bargain with Iran may have drawn all the spotlight this week. But America’s other key allies across the Middle East—such as Saudi Arabia, Egypt and the United Arab Emirates—are just as distraught, even if they lack the kind of lobbying platform that Benjamin Netanyahu was offered in Congress.

These nations’ ties with Washington have already frayed in recent years, dented by what many officials in the region describe as a nagging sense that America doesn’t care about this part of the world anymore.~

Then we have the March 8th article by John Hayward, providing further disturbing elucidation to this surrealistic nightmare we can’t seem to wake up from:

~The very thin fiction of Obama’s “historic” agreement with Iran is unraveling with amazing speed. It’s notable that the Iranians never felt any urge to play along with Obama, not even for a few hours. They were loudly announcing his spin on the deal was false before the sun set on the day the agreement was announced.

And now the Iranians are actively violating the terms of the agreement, which hasn’t even been formally written down or signed yet, according to the Times of Israel:

Iran will begin using its latest generation IR-8 centrifuges as soon as its nuclear deal with the world powers goes into effect, Iran’s foreign minister and nuclear chief told members of parliament on Tuesday, according to Iran’s semi-official FARS news agency.

If accurate, the report makes a mockery of the world powers’ much-hailed framework agreement with Iran, since such a move clearly breaches the US-published terms of the deal, and would dramatically accelerate Iran’s potential progress to the bomb.

Iran has said that its IR-8 centrifuges enrich uranium 20 times faster than the IR-1 centrifuges it currently uses.

According to the FARS report, “Iran’s foreign minister and nuclear chief both told a closed-door session of the parliament on Tuesday that the country would inject UF6 gas into the latest generation of its centrifuge machines as soon as a final nuclear deal goes into effect by Tehran and the six world powers.”~

Then, just when things couldn’t possibly get anymore convoluted and backwards in this contrived fiasco, we have this recently featured headliner at Drudge: 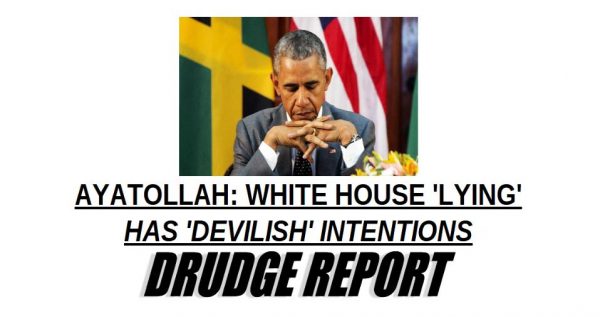 The headline links to an April 9th article by Thomas Joscelyn at weeklystandard.com:

Ayatollah Khamenei Accuses WH of ‘Lying,’ Being ‘Deceptive,’ and Having ‘Devilish’ Intentions:

~President Obama has long known that the real decision maker in Iran is Ayatollah Khamenei, the so-called supreme leader. While other Iranian officials have negotiated with Western powers over the mullahs’ nuclear program, Khamenei’s opinion is the only one that really counts. It is for this reason that Obama began writing directly to Khamenei early in his presidency.

Earlier today, Khamenei broke his silence on the supposed “framework” the Obama administration has been trumpeting as the basis for a nuclear accord. Khamenei’s speech pulled the rug out from underneath the administration. Khamenei accused the Obama administration of “lying” about the proposed terms, being “deceptive,” and having “devilish” intentions, according to multiple published accounts of his speech, as well as posts on his official Twitter feed.

Khamenei also disputed the key terms Obama administration officials have said were agreed upon in principle. Economic sanctions will not be phased out once Iran’s compliance has been “verified,” according to the Ayatollah. Instead, Khamenei said that if the U.S. wants a deal, then all sanctions must be dropped as soon as the agreement is finalized. Khamenei also put strict limits on the reach of the inspectors who would be tasked with this verification process in the first place.~ 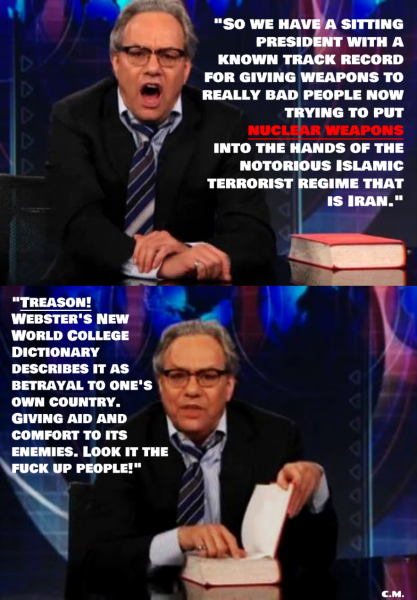 That’s a real “WTF?!?”, huh? This is the guiding madness that has been leading our country for these past 6 agonizing, interminably long years. This is the lurid rabbit hole we’ve been dragged down into by this scrawny, morbidly caliginous scarecrow and his supporting cast of complicitous black crowes. Pathologically lying his way through every mess he has deliberately created and foisted upon us, positing half-baked explanations either himself or through administration vassals to the American people in an effort to explain away the devastated national landscape littered with the political wreckage and debris of this scorched earth presidency.

I’m just a contributing wordsmith here at the Clothesline. I’m not a nationally recognized personality making the rounds of talk radio or doing guest appearances on Fox News. I’m simply a spectator layman from the heartland, tossing my own 2 cents worth into this capacious well of white noise there seems to be no bottom to. Across this tundra of social networking, there’s no shortage of rabbit holes for people to explore and lose themselves in as they perambulate the terrain. 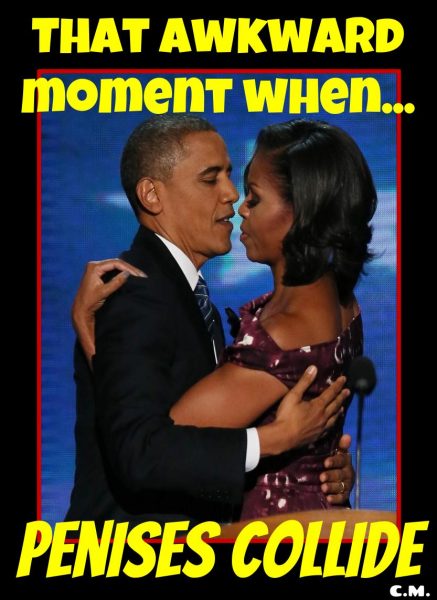 For example you have some out there who seem somewhat obsessed in discussing the puzzling mystery about whether or not Michelle Obama has a penis. When you consider this it’s no wonder they’ve made all of the White House bathrooms gender neutral, but short of bumrushing her/him (if you’re lucky enough to make it past the Secret Service without getting yourself shot or tazed) to hike up her skirt and see first hand for yourself, that’s a windmill I have absolutely no interest in chasing myself. That’s the sort of ribald abstraction best expressed in a facetiously bawdy meme shared on Facebook. I know cuz I’ve made 1 or 2 of them myself.

Yet that’s just one in a multiverse of preoccupying distractions all vying to divert our attention away from what should, in a rational world, be our principal and primary concern. Allow me to set the table…

We have a president who has an established history of sequentially and purposely wrecking our country with his stated “fundamental transformation”. On virtually every level, part of which has involved eviscerating our military and decimating our national security. A president with an established history of putting weapons into the hands of very bad people and circumventing federal laws to do it, whose violations and negligence have gotten Americans and even hundreds of Mexican civilians in their own country killed. A president who literally sanctioned and supported explicit acts of domestic terrorism on American soil in the course of his chronic community agitating and inciting racial animus and division, effectively setting race relations in the United States back 50-60 years. But in the world according to Obama, race relations are better now than they were 6 years ago when his reign of political terrorism first began. Just ignore the dense, acrid cloud of smoke hanging over Ferguson, Missouri. 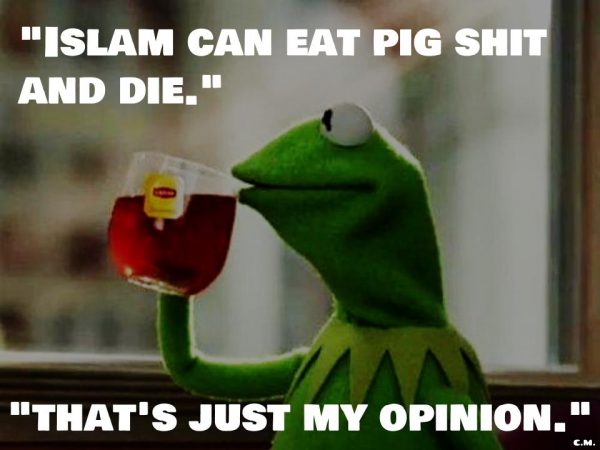 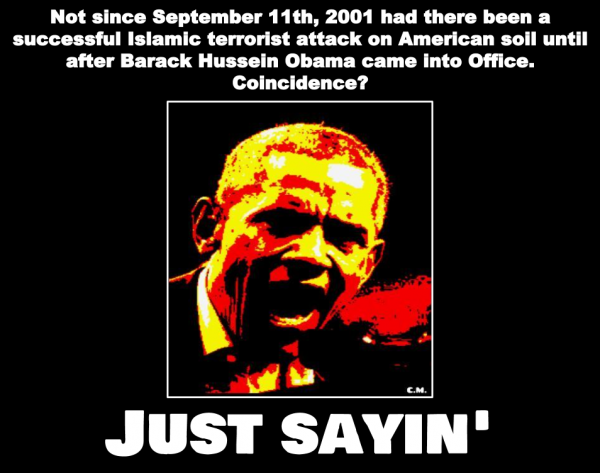 Anyway, lets shake that off and move on. This is a president who has enacted a personal and legislative jihad against Christianity in our country unlike anything we’ve ever seen before by a sitting president, labeling Christians and Catholics religious extremists for the 1st time in our country’s history. All while Obama knowingly provided aid and support to radical Islamic terrorist organizations. Then there’s the fact of how Obama never once has criticized Islam and still to this day can’t bring himself to call radical Islam, radical Islam. Praising them instead at every opportunity as a religion of peace and tolerance, and one committed to progress. Bastardizing America’s own heritage in the process trying to portray Islam as having been woven in the fabric of our country since its founding.

I understand that’s a rather terse summation, but I’m relying on both my terse summation and the personal due diligence of you as an informed reader to experience a kaleidoscopic mental slideshow of this pretenders sundry catalogue of scandals and violations as you read my words. They are many. So with that said, I don’t care if Michelle Obama has a bigger penis than her/his husband. What matters is that her/his husband intends to put

into the hands of a notoriously known Islamic terrorist regime. Repeat that to yourself slowly and if that sounds insane to you, congratulations! You’re not alone.

Eternal vigilance is the price we pay for liberty.

When you look around at our country today pondering those words, thinking of where we came from as a nation that beat the odds through divine providence to fight for and gain its independence 238 years ago, as this scorched earth president continues his pyrotechnic rampage, you can’t help conceding that when it comes to “Eternal Vigilance”, we’ve really dropped the ball. 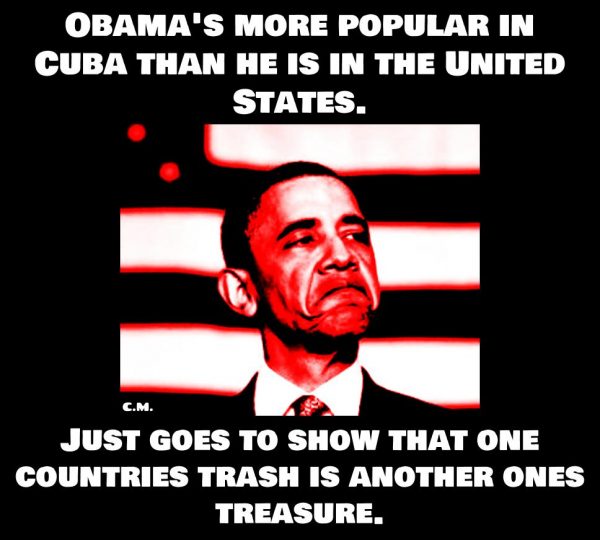