Tell me, if someone mentions “The United States of America”, what do you picture in your mind? The American flag? The White House? Mount Rushmore? Or perhaps you see a map of the Unites States, like this. 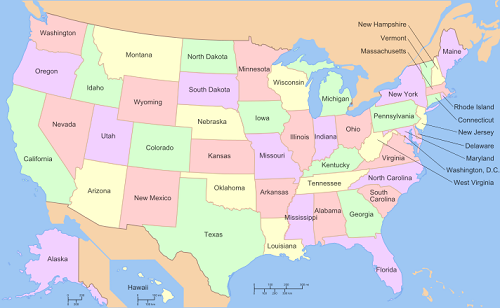 What you’re looking at is the sovereign territory that is both claimed and incorporated by the United States Federal Government. But in reality, that is not the United States. Would you like to know what it really looks like? 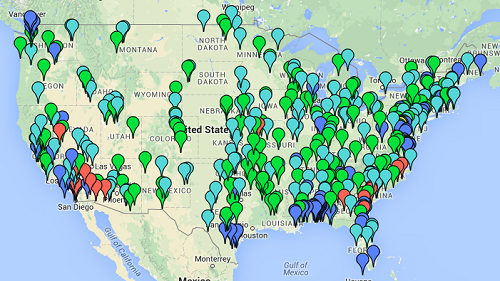 That’s more like it. What you’re looking at is a map of every military installation in the lower 48 (that we know of) according to Google Maps. There are a few more in Alaska and Hawaii, and hundreds more across the globe.  Now imagine a map of every police station, capital building, post office, courthouse, and every other federal and state agency. That, is the real United States.

To some of you that may sound obvious, but hear me out. Every government on Earth has a territory that they claim as their own. They have certain boundaries that legally exist as their jurisdiction. But then there are places that are disputed like Eastern Ukraine or the Senkaku Islands, and there are places that no employee of any state has ever set foot in like the depths of the Amazon Rainforest. They may legally belong to a government, but practically speaking is another story.

In truth, the government is not a series of lines on a map. It is the sum total of people who work for that government, and the areas where those people can successfully wield influence. I personally experienced this reality several weeks ago when I went hiking in a national forest. I was 15 miles away from the nearest cell reception, nobody knew I was there (long story) and there were small trees sprouting in the middle of the gravel road that led into the park. It was clear that not only had nobody been to my particular location in several months, but there had been no members of the park service there either in a very long time.

If you look at a map it would say that this place belongs to the United States Government, but the situation on the ground said otherwise. If someone attacked me in the park, my safety lies solely in my own hands, and what I do after the fact (if I survive) is totally up to me.

I suppose I could call the police, but if I didn’t nobody would know, and if I lost that particular fight, it’s unlikely anyone would be punished. There is no legal recourse for either party at that particular time and place. That piece of land, for all practical purposes, belongs to no one.

The reason I’m bringing any of this up is to illustrate a point about our government’s ability to survive a major disaster. I’m not very confident that they could. I’m sure they have an extensive series of bunkers that will shield the political and financial elite of our nation during any disaster, but when they emerge months or years later, will they have the infrastructure and personnel to enforce the boundaries they claim as their own?

I’m sure it would depend on the disaster, but in this case I’m talking about something catastrophic. Think EMP attack or nuclear war. Heck, even a major financial correction might get the dominoes tumbling into a wider disaster.

Most preppers would assume that they will quickly lose control of large swaths of the rural countryside. I would have to agree. If you look at most wars that have occurred over the past 100 years, one fact stands out. The cities have always been bastions of government authority, while the countryside is quickly overrun by rebels or foreign invaders. This can definitely be said of our own military.

When you compare our wars in Vietnam and Afghanistan, you’ll see the same situation. Our forces clung to cities and far-flung outposts, while occasionally sending patrols into a countryside that they would never successfully control. Cities are just easier to manage, plain and simple. But it’s hard imagine them maintaining control over a vast countryside that is filled with people who don’t like the government, who have lived without their help for many years, and are now dealing with an influx of desperate people who have fled the cities.

However, they do have those urban areas, and once they make contact with what’s left of the local authorities in small towns across America, they might be able to start exerting their previous control over those regions. The only problem is, they may not be able to keep the lid on our cities. You have to ask yourself, if they can’t control an area that is traditionally easy pickings for a government, will they be able to raise a flag anywhere else?

As of now, our cities are already bursting at the seams. In cities like Chicago, the number of police in their gang enforcement division is actually outnumbered by gang members with a 500-1 ratio. In other major cities, you might hear stories about certain neighborhoods that police just flat-out refuse to enter without extensive backup (again, is it really the United States if their employees can’t show their faces in that neighborhood?).

Their ability to solve murders has been declining for years, and the public’s trust with the police is in the toilet. Simply put, our government’s authority has been slipping at the local level for a long time, and this doesn’t even account for the mobs of panic-stricken citizens that might emerge after a disaster. It also doesn’t account for situations like Hurricane Katrina, where numerous police officers abandoned their posts in the wake of the storm.

If you ask me, it looks like our government would crumble at every level if faced with a widespread disaster, and they may not be able to recover from it after the fact. The police will be outmatched, and the military will either be stranded in overseas outposts, or tied up with the police in our urban areas.

Really, it boils down to this. If there is an event that is so catastrophic, that it shatters our police and military into isolated units with little communication to the outside world, will they be able to survive? And for those cops and soldiers who do survive, will they be willing to pledge allegiance to our current politicians and bankers, when they emerge from their fortified bunkers?

At the end of the day, our government is nothing more than the people who work for it and their ability to enforce the law in any given area. It’s hard to say if they would prevail in their current form during any widespread disaster.

So what do you think? If it hits the fan, will the federal government weather the storm, or will they be completely overwhelmed by the chaos? 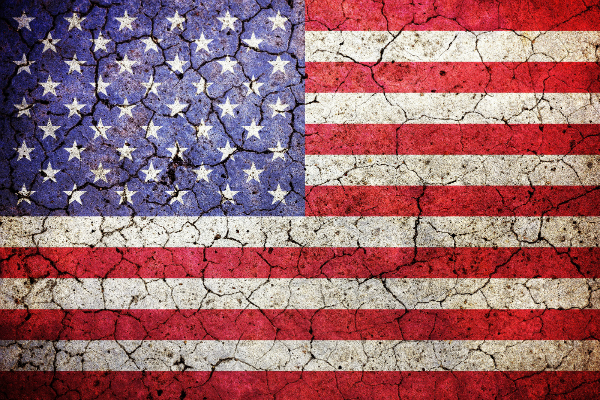 Joshua Krause was born and raised in the Bay Area. He is a writer and researcher focused on principles of self-sufficiency and liberty at Ready Nutrition. You can follow Joshua’s work at ourFacebook page or on his personal Twitter.

This article was originally published by Joshua Krause at Ready Nutrition