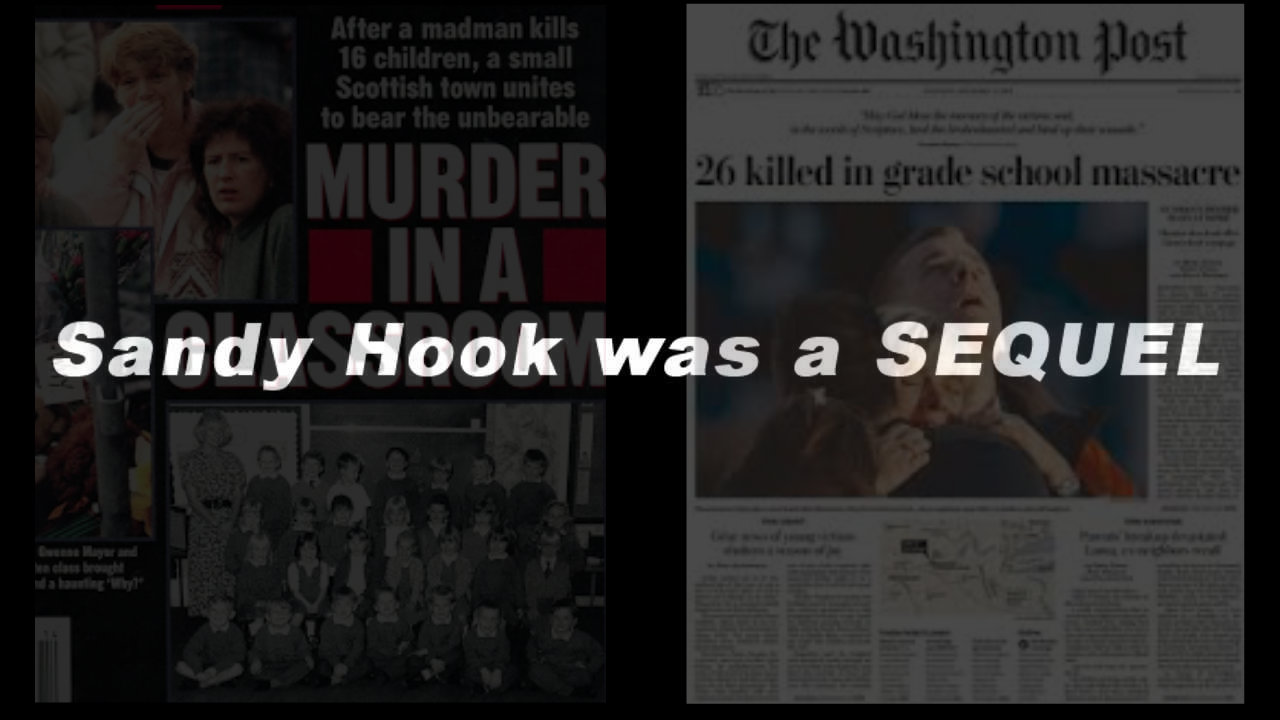 A recent BBC documentary airing in March 2015, Surviving Sandy Hook, calls to mind the series of made-for-TV films produced by British news media memorializing Dunblane. Indeed, the March 13, 1996 massacre of 16 five-to-six-year-old school children and their teacher in Dunblane Scotland by a single recluse bears a number of similar characteristics to the Sandy Hook Elementary School massacre, yet Sandy Hook is seldom considered in the context of this important precursor.

The foremost of such similarities is the fact that Dunblane was the key pretext for the introduction of draconian gun laws and school safety measures throughout the United Kingdom–a move ostensibly pursued to placate grieving parents, some of whom advocated for such. By late 1997, all cartridge-loading handguns had been banned throughout the UK following separate legislation passed under the Conservative and Labour governments of John Major and Tony Blair.

The Obama administration and enthusiastic gun control advocates like Michael Bloomberg have been less successful in the wake of the Sandy Hook massacre. Yet for this reason alone Dunblane should command the attention of those who remain skeptical of the Newtown event and its political implications.

On closer examination Dunblane shares a number of other uncanny resemblances with Sandy Hook. For example, the “official story” of Dunblane and its ensuing investigation, widely recounted via national and international news media through a focus on grieving families, had numerous inconsistencies that were not satisfactorily resolved in a court of law. And, perhaps predictably, the lone assailant mysteriously committed suicide to mark the shooting’s finale.

Further, no autopsies were ever conducted on the deceased as public discourse surrounding the event swiftly transitioned to calls for stricter gun control and school security measures.

As noted, the 1996 shooting is recounted in several “documentaries,” such as this episode of the Crimes That Shook Britain television series. Again, much like the coverage of Sandy Hook’s aftermath, the overall story is presented through the observations of several middle-age parents.

Critical book-length treatments of the Dunblane massacre and its seriously flawed investigation are almost non-existent. An exception is Sandra Uttley’s (very difficult to obtain) Dunblane Unburied, which focuses on the official inquiry and the case’s many unexamined inconsistencies, such as assailant Thomas Hamilton’s close association with the Central Scotland Police.

“The British Government,” Uttley writes in the book’s conclusion, “covered up the truth about what happened and ‘bought off’ the bereaved parents by granting them their dearest wish–a ban on handguns.”

She continues to explain Dunblane in prose that might be easily applied to today to not just Sandy Hook, but other similarly curious and poorly-investigated criminal events over the past few decades–including the Boston Marathon bombing, the Aurora and Tucson mass shootings, the London 7/7 bombing, and 9/11.

Just to mention Dunblane now brings the knee-jerk response of “we don’t need to be reminded” and accusations of gratuitous reference. Only when this situation is rectified will we, as a society, begin to lift the wool from our eyes and learn at every level, that the upholders of law and order are often an integral part of its very breakdown. And when they are part of that breakdown, they must carry the responsibility. the Denial of Dunblane will not end until then.

Connecticut and federal officials have provided what may be described at best as a slipshod inquiry of Sandy Hook that likewise suggests an effort to coverup either gross negligence or an entirely contrived event. Only when the nation moves toward an honest accounting of Newtown and similar tragedies can it likewise partake in forthright discussions of school safety, mental health, and the right to firearms ownership.

Such a discourse might begin by Connecticut’s public servants coming clean with the basic documentation corroborating the events that traumatized the nation and world on December 14, 2012.

There are those in certain policy circles who adhere to the notion that the ends justify the means. At the very least, the many similarities shared by Dunblane and Sandy Hook–including their almost identical treatment by major news media–should prompt us to consider much more closely the extent to which the former has served as a template for the latter. 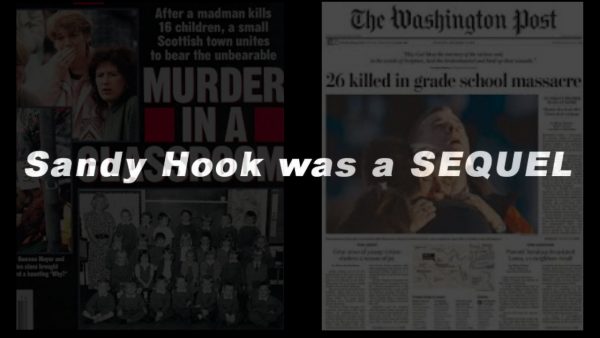