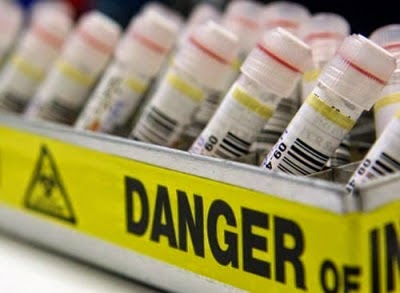 If ever there were a body of numbskulls taking in the “cool aid” of corporate largess, lobbyists and consensus science, the U.S. Congress, apparently, fits that bill when it comes to the hard-core facts regarding toxic ingredients in vaccines along with the so-called ‘science of vaccines’ and the vested-interest roles they have played in modern life.

Nothing expresses that more than the National Childhood Vaccine Injury Act of 1986 (42 U.S.C. §§ 300aa-1 to 300aa-34), which has become more of a nightmare, especially for anyone who’s been damaged by vaccines. Congress apparently went ‘off the rails’ on that one; never has bothered to investigate all the damage vaccines are causing—see the VAERS reporting system—and now, the current members of the U.S. House of Representatives issued a House Resolution—H.Res.117—that readers need to know about.

H.Res.117 is nothing short of a true travesty that has hallmarks of Big Pharma spin all over it. Facts and figures are so outlandish, everyone should be challenging their congressperson, if he/she signed it, to provide written proof of where they got those ‘facts and figures’. It’s nothing short of a conspiracy of ignorance regarding the true scientific facts about toxic vaccines.

Nothing, or no one, explains more about vaccines than the ‘father of U.S. vaccinology’, Maurice Hilleman, MD, who candidly talks about what’s in vaccines in this video.

If members of Congress were to read international news, they would find out that the UK dropped a bombshell in May of 2013 when it was revealed in the UK media—and not the USA’s—that the UK had covered up over 30 years, secret vaccine information, which was obtained via Freedom of Information UK. Here’s what was revealed:

The current Resolution the House of Representatives passed ought to be interpreted as a prelude to mandatory vaccination for ALL U.S. citizens. It probably can be interpreted as the ‘foreplay’ to federal law that will do away with any exemptions to vaccinations regardless of age, religious or philosophical beliefs—and probably even medical status—since over 300 new vaccines are in production and Big Pharma, et al, including the U.S. Treasury, want to cash in on those profitable taxes.

H.Res.117 is the perfect opportunity to educate members of Congress as to how they’ve apparently been bought off by corporate lobbyists! There are four books you should read and use to quote factual facts about vaccines/vaccinology ‘science’ in order to ask them to retract their misleading resolution. Those books are:

Vaccination Voodoo, What YOU Don’t Know About Vaccines

The only book devoted to discussing many of the toxic ingredients in vaccines from peer review science papers/journals, government websites, etc. that Big Pharma, CDC, FDA, etc., refuse to accept, but rely upon only Big Pharma’s junk science submitted for vaccine licensing.

A book that tells the historical facts that Big Pharma, et al want to deny and skew.

Vaccination is Not Immunization

This book tells more than Big Pharma may want you to know.

Make an Informed Vaccine Decision for the Health of Your Child: A Parent’s Guide to Childhood Shots

Dr. Eisenstein knew about vaccines from various aspects: medicine, research, and the politics of law.

Below is House Resolution 117 with the members of Congress who signed on. What do you think?

H.Res.117 – Recognizing the importance of vaccinations and immunizations in the United States.

Recognizing the importance of vaccinations and immunizations in the United States.

Whereas the contributions of Louis Pasteur and Edward Jenner to the discovery of the principles of vaccination and immunology are among the most consequential health findings in human history;

Whereas vaccines have dramatically reduced the spread of many more crippling and potentially life-threatening diseases such as diphtheria, tetanus, measles, mumps, and rubella, and vaccines prevent the spread of commonly infectious and potentially fatal diseases such as chickenpox, shingles, influenza, hepatitis A, hepatitis B, men­in­go­coc­cal disease, pneumococcal, rotavirus, and whooping cough (pertussis);

Whereas the scientific and medical communities are in overwhelming consensus that vaccines are both effective and safe, and the dissemination of unfounded, and debunked, theories about the dangers of vaccinations pose a great risk to public health, and scientifically sound education and outreach campaigns about vaccination and immunization are fundamental for a well-informed public;

Whereas an estimated 43,000 adults and 300 children die annually from vaccine-preventable diseases or their complications in the United States, and the health and livelihood of young children, seniors, individuals with immunodeficiency disorders, and those who cannot be vaccinated, is particularly compromised by communities with low vaccination rates;

Whereas substantial research has shown that vaccination is a highly cost-effective form of preventive medicine, and the Centers for Disease Control and Prevention (CDC) estimates that vaccinations will save nearly $295,000,000,000 in direct costs and $1,380,000,000,000 in total societal costs in the United States;

Whereas it is estimated that vaccinations will prevent more than 21,000,000 hospitalizations and 732,000 deaths among children born in the last 20 years, and that more than 100,000,000 children all over the world are immunized each year and vaccines have saved an estimated 2,500,000 children annually;

Whereas 1 in 5 children worldwide still lack access to even the most basic vaccines and as a result, an estimated 1,500,000 children a year die from vaccine-preventable conditions such as diarrhea and pneumonia or suffer from permanently debilitating illnesses;

Whereas a strong investment in medical research to improve existing vaccines and develop many more life-saving vaccines is beneficial to all, both at home and abroad, and a robust immunization infrastructure is essential to the public health and well-being of the people of the United States by preventing and isolating outbreaks of contagious diseases where they start;

Whereas encouraging high vaccination rates in the United States protects our citizens from contracting vaccine-preventable diseases that are pandemic in countries with low vaccination and immunization rates;

Whereas routine and up-to-date immunization is the most effective method available to prevent the infection and transmission of potentially fatal diseases; and

Whereas the United States has been a leader in promoting vaccinations around the world through U.S. Agency for International Development, the CDC, Gavi, the Vaccine Alliance, the Global Polio Eradication Initiative, UNICEF, the World Health Organization, and a host of other multilateral and non-governmental organizations: Now, therefore, be it

That the House of Representatives—

(2) affirms vaccines and immunizations save lives and are essential to maintain the public health, economic and national security of the people of the United States;

(3) recognizes that the lack of vaccination can cause a true public health crisis, and that there is no credible evidence to show that vaccines cause life-threatening or disabling diseases in healthy children or adults;

(4) encourages a continued commitment to research to improve vaccines and to develop new vaccines against other infectious and fatal diseases; and

(5) urges parents, in consultation with their health care provider, to follow the scientific evidence and consensus of medical experts in favor of timely vaccinations to protect their children and their community.

Here’s a “hat tip” to Sallie O. Elkordy, who made me aware of this Resolution.