Suppose that you are a Soviet agent in 1955. Your cover is that of an insurance salesman.

Of your two “jobs”, the Soviet agent part is more important, but you need to be a good insurance salesman to maintain your cover. 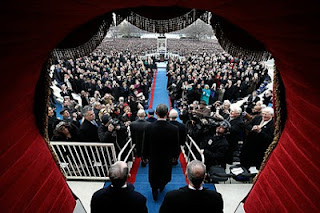 This state of affairs has applications beyond Communism and life insurance.

Suppose you are a liberal in the 1950s. You don’t support some gang of reds goosestepping their way across the country and rounding up people into gulags. Nor do you want any of the revolutions that some of the radicals hanging around outside NYU sometimes recite poems about.

You believe that the best pathway to a liberal society is through liberal institutions. You disdain the Marxists with their rigid party orthodoxy for closing off their minds to open inquiry and healthy debate.

As a journalist, a professor, a scientist or a lawyer, you believe that maintaining liberal institutions will liberalize society. That a free press will invariably spread liberal ideas, that scientific inquiry and open debate will teach people to be more open-minded and that protecting everyone’s rights will end a society of privileged tiers.

The society that you are working toward may be a one-party state, or a multiparty state where all the parties are of the left, but you still believe that will come about through a liberalized society where the vast majority will be educated and shaped into recognizing the truth.

And you believe that values such as objectivity and scientific truth, and institutions that are open, will bring people to recognize that truth in the long-term, even if you have to accept defeats from these values in the short-term.

Accordingly, as a journalist you will report both sides of the story, even if your bias does spill out in the framing of it, and even if the other side’s view becomes popular enough to temporarily threaten a program that you want to see carried out, calculating that maintaining trust in the institution of journalism will allow you to reach more people in the long-term.

As a professor, you will teach views that you disagree with even if some students may be influenced by them, because the legitimacy of academia as a place of open inquiry is more important in the long-term to the success of your ideas.

As a scientist, you will challenge wrong theories that may advance your views in the short-term, but threaten the integrity of science in the long-term. As a lawyer you will defend people you disagree with to maintain an open system that allows you the freedom to dissent.

It’s not always like this. There’s plenty of bias and favoritism in the mix. But underneath it is the notion that the institutions that keep a society open are the best means of creating a liberal society.

But now you are a liberal in 2015 and the society is already very liberal. You are the product of liberal professors who learned at the feet of other liberal professors for 3 or 4 generations. You grew up in a liberal community to parents whose grandparents were already singing red campfire songs. Like them, you came of age as a member of a natural elite.

The newspapers you read, the textbooks you studied, the movies you watch, the professors who taught you and every adult you grew up with all reflect your point of view. You have no sense of being marginalized or out of step. Nor do you have any sense that there is another point of view out there. Only ranks of ignorant teabaggers paid for by corporate money who are about to be swept away into the dustbin of history as soon as the multicultural youth of tomorrow put together another Hip-Hop Against AIDS protest. 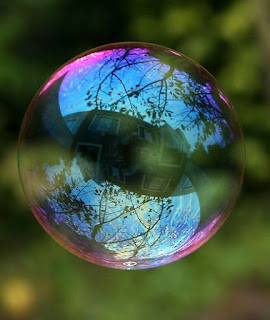 You live in a bubble and you see no need for an open society or for maintaining the integrity of institutions such as journalism or the scientific community. The very idea of objectivity is at odds with your entire way of thinking because it presumes that there is some higher truth than the one propounded by the progressive reality-based community. And you know, with the casual faith of any born believer, that this is not possible.

As a journalist, you report a progressive narrative. The other side doesn’t exist except as an obstacle, a stumbling block to the forward march of progress. They are only there to be ridiculed out of history. When you see numbers showing that very little of the country trusts the media, you disregard them, because what else are all those strange people in flyover country going to do anyway? Stop watching CNN? Stop reading Newsweek? And if they disagree, it’s because they hate the truth. Truth being your ideology.

As a scientist, you formulate a conclusion that will lead to a healthier society, and then you build a hypothesis around it, and then you declare it to be science. Anyone who disagrees, hate science.

Science being equivalent to your ideology which, you believe, is based on science, making actual science unnecessary.

Your science, like your journalism, consists of the progressive narrative that proves whatever you want it to prove, whether it’s that capitalism will melt the icebergs, homosexuality is genetically fixed or oil is about to run out.

Scientific objectivity has no more meaning to you than it did to the Caliph who torched the Library of Alexandria. If science is worth anything, then it’s progressive. And if it doesn’t, then it’s worthless.

As a teacher or professor, you teach your students to challenge whatever their parents taught them, while accepting whatever you teach them. Your goal is not to teach them to think, but to trap them in a closed loop of progressive thinking, forever looking down at the less enlightened while striving to become more enlightened without actually giving up any privilege.

As a lawyer, you work to create a closed system where no one gets any rights except through the progressive narrative. An open system is no longer in your favor now that you think you control it. You have no idea why anyone who is right would want to let those who are wrong speak out and spread their ignorance and hate.

Across a variety of fields, open institutions become closed systems. Their purpose is finished now that they have led people into the maze. What was once open inquiry has become closed indoctrination. The legitimacy of the institution and the system no longer concerns those who run it, now that they believe that there are no more alternatives to them. These systems have become discredited but those who run them believe that the debate is over.

The open mind was a useful tool in the past because it enabled the questioning of another way of thinking, doing and being. But now it’s an obstacle because the way of thinking, doing and being is owned by the former questioners. Dissent is only patriotic when you’re one of the patriots. Questioning authority should only be done when you are the questioner, rather than the authority.

Or to put it another way, the men who run them are no longer liberals who sell journalism, science, the law or ideas. They think that the revolution has come and they only sell one thing now.

It comes in a little red box that closes and never opens again.

The trap has closed, but the trappers are as much inside it as anyone else. Worse still, they are as unaware of being inside it as fish are of water. The closed system is all they know. Doublethink displays of cynicism and faith based on party affiliation are second nature to them. 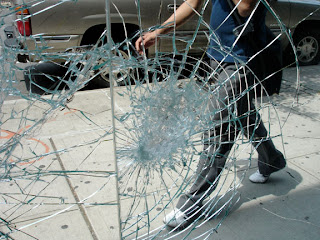 They have forgotten how to think about things, but they are very good at thinking about how to convince others of those things. They no longer explore ideas, they only missionize. They are great marketers, but failed intellectuals. Their only skill set is a social media strategy. They can convince people to do something, but they can’t ask whether the thing should be done.

The American liberal is dead from the neck up. A member of the elite, he rules, but has no talent for it. Like the Bolsheviks, he is adept at blaming others for everything and at manufacturing simple slogans. And like them he thinks only in terms of power, control and leverage, without understanding why his intellectual predecessors spent so much building up the institutional influence that he casually squanders by destroying the credibility of journalism, public service and academia.

Generational degradation has robbed him of any sense of time. He is always living in the present, which also seems to him to be the future. The past to him is a treasure trove of eccentricities. And he cannot conceive of any future that supersedes his way of life. Patience, like objectivity, is a foreign notion to him. Nothing can wait for tomorrow or ten years from now. Everything must come about right now. Battles are won, but wars are lost. The liberal hare races ahead into the post-everything future, never considering that in the long-term, it is the slow conservative tortoise that wins the race.