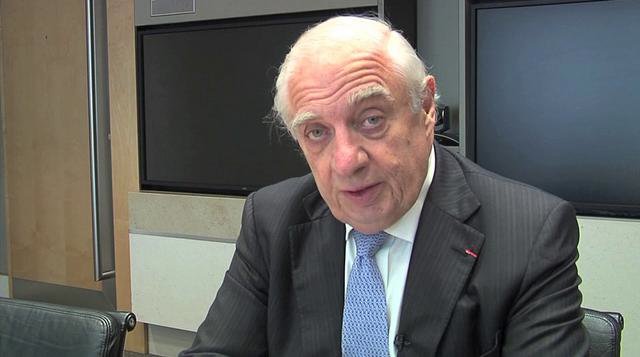 The same person who oversaw the Great Gulf Coast Holocaust in which the Gulf of Mexico suffered irreparable harm, will also be in charge if and when millions of Americans are transported to FEMA camps if the Jade Helm drills go live.

The Gulf of Mexico was “blown up” five years ago and it was no accident. The same nefarious forces, led by the same man, will be in charge when the UN is in charge of gun confiscation and the mass relocation of American citizens. Walk with me as I connect the dots between UN gun confiscation, mass and forcible relocation of American citizens to FEMA camps and the people responsible for blowing up the Gulf.

By Treaty, the UN Will Seize American Guns

The easiest dot to connect in this myriad of events which will culminate in the takeover of the United States by the United Nations, is gun confiscation.

I recently detailed how the forces connected to Jade Helm will morph, by treaty, into a Multi-national force run by the United Nations and they will seize American guns as a prelude to martial law. If you have not read the previous article in which it was clearly established that the United Nations will soon be involved in gun confiscation of privately held American guns, it would be helpful to do so before reading the rest of this article.

Any police detective will tell you that it is sometimes necessary to look at the facts of an old crime in order to solve a new crime. If one wants to understand the forces at work which are posturing to enslave America through Jade Helm, one has to first take a summary look at the forces behind the so-called Gulf Oil Spill because many of the players, one in particular, will prominently figure in what is coming.

The Genesis of Our Present Demise

Before we can solve the soon-to-be-crime in which the UN completes its pre-positioning of its assets and moves to seize American guns and impose martial law under the umbrella of a completely manufactured crisis, we need to take a retrospective peek at what happened in the Gulf Oil Spill, and it is ironic that we are doing so now on the verge of the 5th anniversary of the event. Shortly following the 2010 Gulf Oil Spill, I wrote a seven part series which exposed the conspiracy, which in part, blew the lid off the event by demonstrating how the money movement prior to the explosion was orchestrated. Yes, I am saying that this was a false flag event. Proving this assertion is as easy as counting 1-2-3. The players involved in the Great Gulf Coast Holocaust were the following:

1. British Petroleum was the owner of the oil being removed from the floor of the Gulf. BP CEO Tony Hayward sold 40% of his BP holdings in the weeks prior to the spill and paid off his mortgage on his estate in Kent, England, and avoided staggering losses. And true to form involving the pattern of perpetuating a false flag event with media complicity, on June 8, 2010, less than six weeks following the oil spill, BP bought Google and Yahoo Search Terms, related to the oil spill, in an obvious attempt to conceal as much of the truth as possible from the public. This is identical to the practice recently seen when Google pinned a Washington Post article at the top of all searches on Jade Helm, covering a three day period, in an article entitled Why Jade Helm 15 Is Freaking Out the Internet. The article went on to detail how anyone who is concerned with Jade Helm is a member of the lunatic fringe. Isn’t it nice that Google protects the criminality of the elite by obfuscating the truth on their search engine?

For future reference, the man who was the CEO for BP, for 13 years, just prior to the Gulf event, was a man named Peter Sutherland and this will become a very important consideration, before the end of the article.

2. Halliburton was drilling at the base of the Deepwater Horizon. Very coincidentally, only 11 days before, on April 9, 2010, Halliburton purchased Boots and Coots for a quarter of a billion dollars. Just who is Boots and Coots? Coincidentally, they are the largest oil clean up firm in the world. And when the explosion took place 11 days later, wasn’t it fortunate that Halliburton was there armed with Boots and Coots as they capitalized on their timely good fortune? Subsequently, Halliburton’s profits increased 83% in just 3 months following the Gulf Oil Crisis subsequent to the clean-up efforts. It was simply raining coincidences back in 2010!

3. Goldman Sachs and Transocean instituted a “put option” on Transocean’s stock for preferred Transocean insiders the very morning of the explosion. Transocean boldly walked away with a $270 million dollar profit immediately following the explosion because they had doubly indemnified the rig only weeks prior to the explosion through Lloyds of London. This alone should have been enough to trigger a massive investigation. The subsequent cover-up for this event began in 2007, three years before the event, as Goldman Sachs reorganized Transocean, the owner of the destroyed oil rig, into a Cayman Island corporation. In doing so, it made Transocean virtually impossible for Congress to investigate and subsequently discipline the perpetrators.

During the Gulf crisis, Peter Sutherland had moved from BP to a non-executive CEO position with Goldman Sachs. As such, and combined with his recent BP experience, Sutherland was in a position to coordinate events.

The genesis of the coverup began with President Obama. The President got his hands dirty as well. The late Bob Chapman, while appearing on the Alex Jones Show in June of 2010, revealed that Obama’s only asset holder, Vanguard I and Vanguard II, dramatically sold off BP stock only few weeks before Gulf oil explosion. Chapman also revealed that “According to this FSB report the largest seller of BP stock in the weeks before this disaster occurred was the American investment company known as Vanguard who through two of their financial arms (Vanguard Windsor II Investor and Vanguard Windsor I Investor) unloaded over 1.5 million shares of BP stock saving their investors hundreds of millions of dollars, chief among them was President Obama. The FSB further estimates in this report that through Obama’s three accounts in the Vanguard 500 Index Fund he stands to make another $100 million over the next 10 years as their largest stock holding is in the energy giant Exxon Mobil which they believe will eventually acquire BP and all of their assets for what will be essentially a “rock bottom” price and which very predictably BP has hired Goldman Sachs to advise them on.” Watch the entire interview below.

The top five dumping institutions of BP stock just prior to the spill included Goldman Sachs Asset Management, L.P. (-4,680,822), Wachovia Bank National Association (-2,667,419) and it is important to note that Wachovia is a subsidiary of Goldman Sachs, thus, making this one tight little family of co-conspirators. We also see massive dumping of Sanders Capital, LLC (-1,371,785) and PNC Bank, National Association (-1,177,413) brings noted globalist George Soros into the conspiracy as well. And we now know, with some certainty, who orchestrated the entire event.

Many have asked if there was a central figure who coordinated this conspiracy?

If I were an unencumbered investigator and not operating under the umbrella of an agenda, I would want to look closely at a globalist named Peter Sutherland as the possible mastermind. But you see, Sutherland is not just the architect of the Gulf Oil Spill, as you will soon note, he will be behind what is coming with the United Nations in order to take down the United States.

More to the point, from 1996-2009, Sutherland was the CEO of BP. In 2009, he resigned from BP and assumed a “non-executive” CEO position with Goldman Sachs, less than a year before the Gulf Event. Sutherland was in position to know how to manipulate the Gulf event and further, he would have been the one at Goldman Sachs who was in charge of the dumping of BP assets prior to the explosion and to have orchestrated the cover-ups of Transocean and Halliburton.

Where was the FBI and the SEC through all of this?

As if this is not enough to raise eyebrows, here is where Sutherland becomes my primary person of interest in this conspiracy. In 2006, Peter Sutherland was appointed as the special representative (SRSG) on the United Nations International Migration and Development. The UN’s International Migration and Development would be in charge of large scale population movements. At one time, I believed that the Gulf was going to be evacuated and that Sutherland, who helped his corporate cronies profit from the event, would be in charge of the UN mandated evacuation of the Gulf. That still might happen, especially considering that Jesse Ventura, in his show, Conspiracy Theory, discovered an Army Corps of Engineers document granting the Corps $40 billion dollars to evacuate the Gulf. However, today, there is a much more pressing issue. I was correct when I stated that Sutherland is going to be in charge of a major UN population movement inside the United States.

The entire ecosystem of the Gulf has been damaged beyond repair because of the use of the controversial dispersant, Corexit, the people in the Gulf are being exposed to poisoned air, water and food. Much has been made of the cleanup workers from the Exxon Valdez oil spill and their ultimate fate. Most died before reaching the age of 51. Researchers, Wilma Subra and Kim Anderson et al., have detailed how many people in the Gulf cannot expect to live a normal lifespan because of the high rate of cancer causing chemicals found in Gulf subjects’ bloodstreams. This makes the Gulf a depopulation event by definition.

As previously mentioned, the Army Corps of Engineers have been positioned to engage in a future and direct Gulf depopulation action. According to the Army Corps of Engineers, in 2007 the US government allocated $40 billion dollars for a project to depopulate the Gulf Coast region. The Army Corps Director of publicity, S.I. Rees, downplayed the importance of the $40 billion allocation. However, the funding is available for the express purpose of relocating Gulf residents and was admitted to by Ries on air. The original document which detailed the Corps’ Gulf depopulation project is now classified and this was done after Jesse Ventura exposed the plan on his show, Conspiracy Theory, on December 10, 2010. If you would like to actually view the cover page and the first page of the document, simply web search Jesse Ventura and the Louisiana Conspiracy video and move the time bar to about 35 minutes.

When you see when Jade Helm 15, or its successor, morph into the coming suppression of the American people, and we see the blue helmets on our streets, it will be Peter Sutherland in charge in his role as the Director of the UN Migration Council. And I am certain that he will handle the next crisis with the same demeanor and integrity as he handled the Gulf crisis.