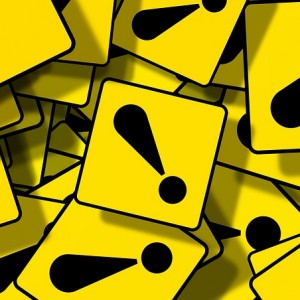 Smart meters are now being used by authorities to crack down on “water wasters” in the state of California, but this is just the tip of the iceberg as far as what they can be used for.  Ultimately, smart meters are designed to be part of an entire “smart grid” that will enable government bureaucrats “to control everything from your dishwasher to thermostat“.   And in recent years, there has been a massive push to install smart meters in as many homes in the United States and Europe as possible.  Back in December 2007, there were only 7 million smart meters installed in this country.  Today there are more than 51 million.  On the other side of the Atlantic, the European Parliament has set a goal of having smart meters in 80 percent of all homes by the year 2020.  This is being promoted as the “green” thing to do, but could it be possible that there is more to these smart meters than meets the eye?

In Long Beach, California authorities were getting complaints that a local McDonald’s restaurant was wasting water in the middle of the night.

So what did the authorities do?

They installed a smart meter which instantly started providing incriminating evidence against McDonald’s.  The following comes from CBS Los Angeles…

The Long Beach Water Department says sprinklers at a McDonald’s restaurant on Bellflower Boulevard went on for 45 minutes at a time, twice a night, for an undefined number of nights. Complaints continued to mount as water pooled and wasted. The department, however, could do little about the wasting.

That was before the smart meter.

Since its installation in February, Long Beach Water Department General Manager Kevin Wattier says he saw an immediate spike by tens of thousands of gallons, each time McDonald’s overwatered their property.

And according to NPR, other large California cities are also now looking into how they can use smart meters to enforce the new mandatory water restrictions in the state…

By next February, California cities together are supposed to cut their water use by a quarter. Sacramento, San Francisco and some Central Valley cities are also seeing whether smart meters can help.

But smart meters are capable of determining far more than whether or not we are using too much water.

Already, police all over the country are using the data provided by smart meters to identify homes that are potentially growing marijuana.  Homes that grow marijuana tend to use much more electricity than other homes, and so if your home is using a high level of energy that is a red flag for the cops.

In addition, there are a whole host of other ways that smart meters can be used as surveillance devices by law enforcement.  The following list comes from an electronics and media expert from Burbank, California named Jerry Day…

1. They individually identify electrical devices inside the home and record when they are operated causing invasion of privacy.

2. They monitor household activity and occupancy in violation of rights and domestic security.

3. They transmit wireless signals which may be intercepted by unauthorized and unknown parties. Those signals can be used to monitor behavior and occupancy and they can be used by criminals to aid criminal activity against the occupants.

4. Data about occupant’s daily habits and activities are collected, recorded and stored in permanent databases which are accessed by parties not authorized or invited to know and share that private data.

5. Those with access to the smart meter databases can review a permanent history of household activities complete with calendar and time-of-day metrics to gain a highly invasive and detailed view of the lives of the occupants.

6. Those databases may be shared with, or fall into the hands of criminals, blackmailers, law enforcement, private hackers of wireless transmissions, power company employees, and other unidentified parties who may act against the interests of the occupants under metered surveillance.

7. “Smart Meters” are, by definition, surveillance devices which violate Federal and State wiretapping laws by recording and storing databases of private and personal activities and behaviors without the consent or knowledge of those people who are monitored.

8. It is possible for example, with analysis of certain “Smart Meter” data, for unauthorized and distant parties to determine medical conditions, sexual activities, physical locations of persons within the home, vacancy patterns and personal information and habits of the occupants.

If all of that wasn’t bad enough, there are also substantial concerns about the impact that these smart meters are having on our health…

According to physician and epidemiologist Sam Milham, Smart Meters, which are linked to an array of health issues, emit as much as 100 times the amount of radiation as a cell phone.

A Washington DC power company stirred controversy in 2013 after they were caught lying to the public about how often their smart meters emitted radiation. Despite claims that the meters only emitted radiation once every 4 to 6 hours, an investigation by WUSA9 News revealed the frequency to be closer to 4 to 6 times every minute.

When there is that much radiation blasting through our homes on a continual basis, it is inevitable that there are going to be health problems.

According to Infowars, tens of thousands of people have already reported significant health issues that they believe are directly related to the installation of smart meters in their homes…

Tens of thousands of individuals are reporting officially, to governments and utilities, that they are experiencing illness or functional impairments following the installation of “smart” meters. Reported symptoms include headaches, sleep problems, ear ringing, focus difficulties, fatigue, heart palpitations, nausea and statistically abnormal recurrences of cancer.

Perhaps you are dealing with one of the health issues just mentioned.

If so, you might want to check to see if you have a smart meter in your home.

There has got to be a better way for the state of California to monitor water usage rather than smart meters.

And without a doubt, the state of California is facing a crisis of unprecedented proportions.  The snowpack in the Sierras is only 5 percent of the long-term historical average.  Snow levels are currently at the lowest levels ever measured for this time of the year, and the snow is melting five to 30 days earlier than normal.  For much more on the nightmare that the state is dealing with, please see my previous article entitled “How Many People Will Have To Migrate Out Of California When All The Water Disappears?”

Thankfully, there is a lot of waste that can be eliminated, so a lot of water can potentially be saved.  It turns out that Californians are some of the biggest water wasters on the entire planet.  The following statistic comes from the New York Times…

California’s cities consume 178 gallons per person per day, on average. That’s 40 percent more than the per capita water consumption in New York City and more than double that of parched Sydney, in Australia.

So let’s hope that Californians start banding together and begin using water more wisely, because this drought is not likely to go away any time soon.

The move by California to require mandatory cuts in water use for the first time in its history has highlighted the world’s looming water crisis and increased the focus on the links between sustainable water and sustainable energy.

“We need a new paradigm,” says Steven Solomon, author of Water: The Epic Struggle for Wealth, Power and Civilization. “The days when we could just go further into the mountains and find new sources of water are past. We need to make better use of the water we have.”

In the end, the drought in California is going to affect all of us.  A tremendous amount of our produce is grown in the state, and we will all soon be feeling the pain of the drought in our local grocery stores…

As California’s multi-year drought rages on, consumers in the rest of the United States may soon be feeling the pinch at the grocery store as farmers around California reduce water and plant fewer crops.

California, sometimes called the ‘nation’s salad bowl’, is the country’s largest producer of grapes, kiwis, olives, avocados, broccoli, tomatoes, spinach, tree nuts and dairy. Now in the fourth year of a massive drought ‒ and facing only a year’s worth of water remaining in the state ‒ food prices in the US and agricultural unemployment in California are set to climb as farmers do what they can to conserve water and protect their investments.