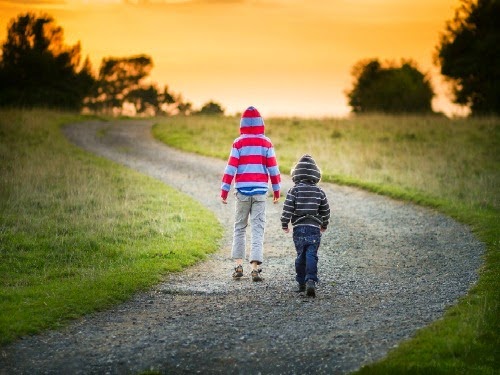 Remember the Maryland parents who were found guilty of neglect for allowing their children, 10 and 7, to walk around the neighborhood together but unaccompanied by an adult?

Those kids were just taken by CPS because they were playing at the park by themselves.

WUSA-9 reports how the children were seized:

The Maryland parents accused of child neglect for letting their children roam freely are headed to Child Protective Services after their children were removed from a park Sunday by police.

Montgomery County Police and Child Protective services are in a joint investigation of Danielle and Sasha Meitiv for possible child neglect for allowing their children to walk freely.

At approximately 4:55 p.m., Montgomery County Police received a call to check on the welfare of the Meitiv children at a Silver Spring park. Police say officers found the children unattended.&

As part of protocol, police say they called Child Protective Services and were told to bring the children to the agency.

The children, ages six and 10, were taken to Child Protective Services after being removed from the park.

So Child Protective Services is kidnapping children from their parents to protect them from potential kidnappers who may strike if the children are left unattended?

The Meitiv children are in perfectly good health. There are no signs of physical or mental abuse by the parents. In fact there seems to be nothing but love. However, the authorities and busy-body neighbors appear to have a problem with their free-range parenting style.

Have people already forgotten their own youth? Do they perceive today to be a more dangerous time? Why? Violent crime rates have been plummeting.

Clearly these parents have not neglected their children. However, kidnapping these children from a playground and breaking up this family over their free-range philosophy seems to be obvious abuse.