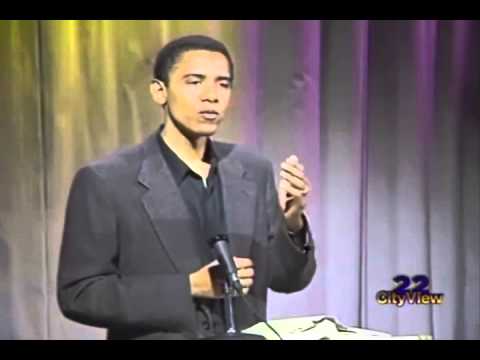 Some people think so.

Regardless of whether that theory is true, Barack Obama can no longer deny, or casually ignore, the influences of Frank Marshall Davis on his own life. The known communist, with a 600-page FBI file, was an obvious influence on a young Barack Obama and 20 years ago our sitting president admitted it. It’s funny how transparent Obama can be when his goal is to sell books.

In his 1995 book, Dreams from My Father, Barack Obama never discussed the identity of the mysterious “Frank” who had given him important advice on growing up black in what was described as a white racist world. We learned in 2008 that “Frank” was Frank Marshall Davis, a member of the Communist Party who was the subject of a 600-page FBI file. Still, the major media never asked Obama about this important relationship during his growing up years in Hawaii.

Now, in an extraordinary development, video of Obama explicitly and openly identifying “Frank” as Frank Marshall Davis has suddenly surfaced on the Internet. The footage is said to have been recorded on September 20, 1995, with the program originally airing on Channel 37 Cambridge Municipal Television as an episode of the show, “The Author Series.”

–Cliff Kincaid via Accuracy in Media

Frank Marshall Davis, just like Bill Ayers and Saul Alinsky, is a known communist mentor of the current communist who sits in our Oval Office. But you won’t often hear that narrative from the main stream media.

Below are two videos, courtesy of Birther report, in which Obama openly admits his relationship with Davis. The first is a condensed version and the second is a full version:

“And the conversation finally ends with me having a conversation with a close friend of my maternal grandfather, a close friend of gramps, a black man from Kansas named Frank. Actually at the time a fairly well known poet named Frank Marshall Davis who had moved to Hawaii and lived there. And so I have a discussion with him about the kinds of frustrations I’m having and he sort of schools me that I should get used to these frustrations.” – Barack Obama

This surely explains a lot. I don’t think I’ve seen a more racist president in my lifetime.

What will they dig up next? Maybe something crazy like Obama admitting that he was born in Kenya?