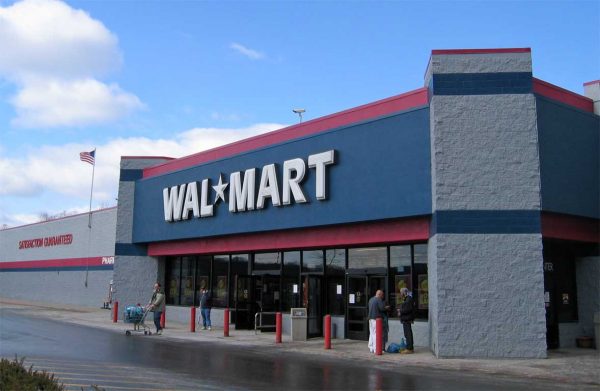 Theories are flying after Walmart stores around the country suddenly announced that they were closing down for six months to deal with “plumbing” issues.

Five different stores suddenly announced they were shutting up shop all for the same reason.

The news sparked wild conspiracy theories, with some linking the closures to Jade Helm, the upcoming military exercise which some fear is a dry run for martial law.

“A Walmart would make a perfect FEMA detention facility … see ya in the camps!” ranted one respondent.

Another wild theory is that the stores are being decontaminated after receiving radioactive food from the Fukushima region.

More rational theories involve speculation that Walmart has failed to adhere to building codes and may be using the plumbing excuse as a cover to get rid of dangerous construction materials like asbestos.

Others claim the notion that Walmart is closing the stores to avoid lawsuits doesn’t make sense since they would have liability insurance in place. The financial losses incurred by a 6 month closure would also be huge.

What’s bizarre about the closures is that they seem to have been announced with no planning whatsoever. Shelves were fully stocked and employees were given no warning before they were laid off.

At one Walmart store in Pico Rivera, California, employees protested the fact that they had been laid off with just five hours notice.

James Enriquez, the city’s public works director, said Walmart had not even notified authorities of plumbing problems, despite the fact that the company would be required to pull permits before undertaking extensive work.

“If I were a property owner I’d want to make sure my store was closed as little as possible,” Enriquez said. “I would want a permit to be in place the day I was going to close — but we haven’t received anything.”

It’s quite strange that these problems with clogs and leaks have all suddenly occurred at five different stores around the country, plus would it really take 6 months to fix some plumbing issues when entire Walmart stores can be built in less than a year?

“I’m an electrician and I used to work for a company that did repairs at Walmarts,” writes another respondent to the story. “They make the contractors jump through hoops so they do not have to shut down or cause any inconvenience.”

“If it really was a plumbing issue, they would build completely new restrooms first then repair any issue afterwards. Also, knowing Walmart’s timelines, there is no way in hell any contractors would have 6 months to complete any repair project.”

While lurid explanations about FEMA camp staging centers make little sense, it does seem very odd that Walmart announced these closures with no planning whatsoever, laying off hundreds of workers on a whim.

So why do you think Walmart stores around the country have suddenly announced these odd six month closures? Are we to believe claims of plumbing problems or is the reason something more sinister? Let us know what you think in the comments below.