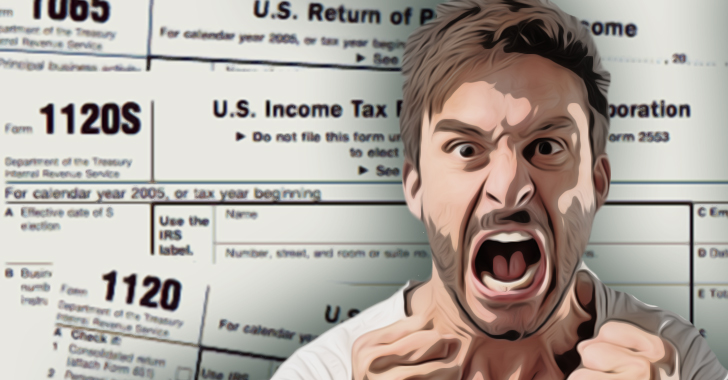 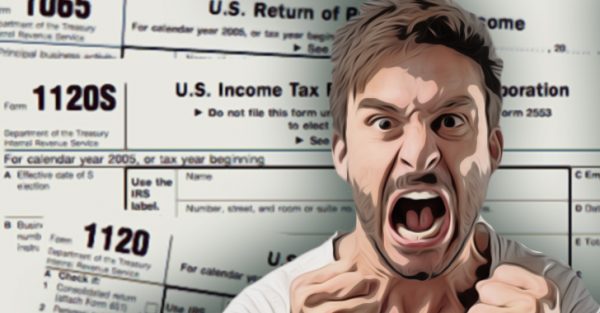 Don’t you just love paying taxes? I mean, how else do you think wars of aggression, Big Brother’s universal intrusion of privacy, and the police state get funded? These things certainly aren’t paid for with charitable donations being given by bleeding hearts and consenting parties. Nope, they’re paid for through — what is by the technical definition of the term — ‘extortion‘.

The US government will collect approximately $1.4 trillion — with a ‘T’ — from Americans this April 15th. And while it is true that 43% of US citizens don’t pay federal income taxes, 28.9% of those excluded are still subject to payroll taxes. These figures mean that just 14% of households pay neither income nor payroll tax and two-thirds of the exempt percentage are elderly. But wait, do you think it’s possible that any of the 14% of Americans not paying taxes made a purchase in the last year from a retail establishment? Well, they paid a sales tax on that transaction. But I digress, the point is that everyone in the United States is paying taxes in one way, shape or form. Our subject today is the federal income though.

It is commonly believed that the wealthy pay most of the taxes, and while they do in actual dollars, the percentages expose a far different reality.

According to Citizens for Tax Justice, 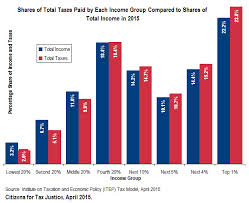 The purpose of boring you with the aforementioned statistics is to put the following piece of information into context. There are 15 Fortune 500 Companies that do not pay any federal income tax. Any, meaning zero, nothing, nada, zilch, and if that doesn’t get you heated, maybe this subsequent detail will. The majority of those corporations actually get a refund. We aren’t talking about obscure businesses either. Ever heard of CBS, General Electric, Time Warner, and so on? Yeah, those guys.

General Electric amassed a profit of over $33 billion from 2010-2014. They paid zero taxes. In fact, they received a hefty financial refund of $1.4 billion over the five-year period. The multinational corporation takes advantage of a cryptic loophole called “active financing”. This tax break allows an institution to escape paying income tax owed to any government based on their international activities.

CBS acquired a profit of almost $1.8 billion in 2014 alone. The mainstream media outlet received a refund of $235 million for the year.

Although opposing factions on both sides of the tax debate may not agree on where the tax code should end up, everyone should be able to concede that the above statistics are not only staggering but enraging. No matter if you believe that no one should pay taxes, you want a flat tax or would like to see only the wealthiest of Americans shoulder the taxation hardships, one thing is for certain. The tax code in the United States needs to be drastically amended, and it needs to be now.