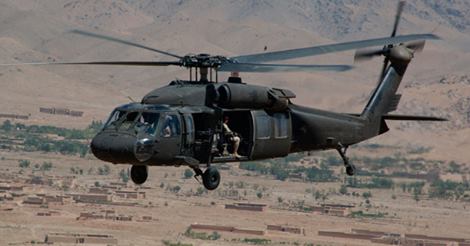 Residents of Big Spring, Texas are reporting the “scary” sight of helicopters and tanks arriving in advance of Jade Helm, a military exercise that has prompted concerns amongst some that U.S. troops are preparing for civil unrest in America.

Jade Helm, a “realistic” military training exercise involving nine states, which will involve the Green Berets, Navy Seals, and the 82nd Airborne Division and is set to take place from July 15-Sepember 15, stoked controversy after Texas and Utah were labeled “hostile” territory in documents related to the exercise.

Locals in Big Spring told NewsWest 9 that military activity had already been seen in the area.

“I saw a train carrying all sorts of military equipment heading into Big Spring,” said one resident, adding, “There were also about 14 helicopters flying over the [Big Spring McMahon-Wrinkle] Airport last night and a tank getting driven through that open field [near the airport]. It’s scary seeing that and not knowing what in the world is going on.”

Officials refused to acknowledge whether or not any troops had already arrived in the area or how many are scheduled to arrive and when residents can expect to see them.

Other similar exercises around the country have been highlighted, with some connecting the drills to Jade Helm.

Meanwhile, Jade Helm operations planner Thomas Meade revealed that participants in Jade Helm, both troops and locals, would be wearing arm bands that identify them as being part of the exercise. During the drill, soldiers will operate ”undetected amongst civilian populations,” to see if they can infiltrate without being noticed. Residents will be encouraged to report “suspicious activity” during the exercise.

Big Spring resident Jacob Martin complained that city officials had done a “poor job” of keeping locals informed about the drill, but welcomed the presence of the military, believing that it would boost the economy.

In a related story, Lt. Col. Robert Maginnis (USA-Ret.), a senior fellow for national security at the Family Research Council, denied that the exercise was anything out of the ordinary.

“They certainly don’t conduct combat operations against any element inside [the country] unless there is martial law declared,” said Maginnis.