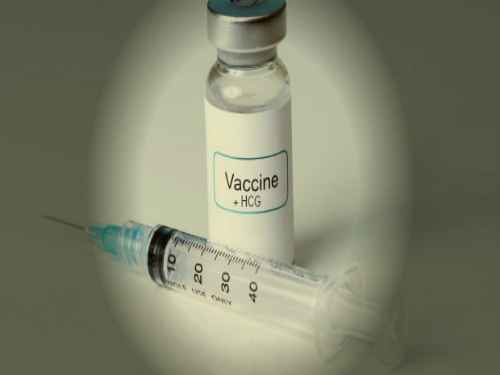 Although some might call it a conspiracy theory, the World Health Organization, UNICEF, and the United Nations have been accused for decades of trying to secretly reduce the world’s population by hiding contraceptives in vaccines that are purported to be for other purposes.

In 1992, during a meeting at the UN headquarters in Geneva, scientists and “women’s health advocates” discussed the use of “fertility regulating vaccines, particularly the anti-Human Chorionic Gonadotropin vaccine. (source)

If you had any doubt in your mind that this was true, doctors at a Catholic hospital in Kenya are out to prove that millions of girls have been tricked into receiving an injection that will render them sterile for years.

Independent laboratory testing has confirmed that a tetanus vaccine given to over 2.3 million young women in Kenya contained the HCG antigen.

HCG was developed by the WHO as a long-term contraceptive. It causes the body to attack a fetus through an antibody response, and can cause spontaneous abortions for 3 years after the woman is injected with the drug.

We sent six samples from around Kenya to laboratories in South Africa. They tested positive for the HCG antigen. They were all laced with HCG.

This proved right our worst fears; that this WHO campaign is not about eradicating neonatal tetanus but a well-coordinated forceful population control mass sterilization exercise using a proven fertility regulating vaccine. This evidence was presented to the Ministry of Health before the third round of immunization but was ignored. (source)

Perhaps unsurprisingly, the Kenyan health ministry has denied that this is the case, offering up claims that many women who received the vaccine became pregnant afterwards. But Dr. Ngare (who, incidentally, is pro-vaccine, just not pro-secret-sterilizing-additive) stands firm in his assertion and provides a convincing argument.

Either we are lying or the government is lying. But ask yourself, ‘What reason do the Catholic doctors have for lying?’ The Catholic Church has been here in Kenya providing health care and vaccinating for 100 years for longer than Kenya has existed as a country.

Usually we give a series three shots over two to three years, we give it anyone who comes into the clinic with an open wound, men, women or children. If this is intended to inoculate children in the womb, why give it to girls starting at 15 years? You cannot get married till you are 18.” The usual way to vaccinate children is to wait till they are six weeks old.

The only time tetanus vaccine has been given in five doses is when it is used as a carrier in fertility regulating vaccines laced with the pregnancy hormone, Human Chorionic Gonadotropin (HCG) developed by WHO in 1992. (source)

Hmmm…so why would this vaccine only be given to young, fertile women? Since tetanus is a type of bacterial infection that occurs after a person is wounded with a rusty or dirty object, wouldn’t it stand to reason that this vaccine, if given in the interest of protecting patients from the infection, be given to both genders, and people of a variety of ages? Are girls at the height of fertility somehow more likely to injure themselves in such a way?

The Kenyan government has a glib answer. Apparently, they wish to proactively inoculate babies in the womb against tetanus, which causes 550 deaths per year.

Catholic priests across Kenya are advising their congregants to refuse these vaccinations.