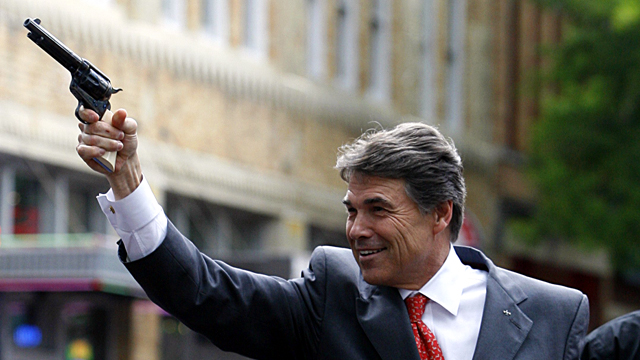 “May you live in interesting times,” says the Chinese proverb. However, it does not say, “may you live in dangerous times.” The latter is more true than the former. The more I learn about Jade Helm, the less I know. The more I learn, the more frightening the details. Never before in the “peacetime” American history, has there been a series of military “exercises” this massive and so clouded in mystery.

It is child’s play to determine that Jade Helm is about extracting dissident leadership and imposing martial law. However, Jade Helm is much more encompassing than these two functions.

There are more facts regarding Jade Helm coming to light, but even with massive amounts of new information being revealed, the entire scope of Jade Helm picture is still unclear.

The Purpose of the SAM Missiles Southeast of Lubbock, TX

Why are these missiles in the middle of nowhere in an area where cell phone reception is spotty? The answer I received is that there are multiple sites such as the one pictured here.

The Pantex plant, located 17 miles from Amarillo, TX. is the only nuclear weapons assembly plant located within the United States. The facility is tasked with maintaining the safety, security and reliability of the nation’s nuclear weapons stockpile. With regard to terrorists (i.e. ISIS), this would be a high value target. My sources are saying that one operational function of the pictured SAM missiles would be to provide an outer perimeter defense for the Pantex plant. A suicidal plane attack on this facility could have a devastating impact. I have been told that a ring of these SAM sites exist as well.

Jade Helm is scheduled to have several incursion exercises, consisting of Special Operations forces in both the area around areas between the plant and the known the SAM site as well as the ISIS camp. The implications are fairly clear. In this instance, Jade Helm is about interdicting small ground forces moving to destroy both the plant and the SAM site(s). The SAM site is critical because it could shoot down low flying planes approaching a critical facility such as the Pantex plant. The kind of low-flying planes that could be launched by an ISIS base camp located a few miles into Mexico near El Paso.

The most telling aspect of the Judicial Watch revelation is the link between Mexican drug cartels and the ISIS camp. In fact, the report even details how cartel coyotes are doing advanced scouting for targets for ISIS.

If the Pantex nuclear site were to be destroyed, the consequences would be catastrophic for the region.

Judicial Watch and ISIS Base Camp

According to Judicial Watch sources, that include BOTH a Mexican Army field grade officer and a Mexican Federal Police Inspector, an ISIS camp exists just a few miles south of the American/Mexican border. During the course of a joint operation last week, Mexican Army and federal law enforcement officials discovered documents, detailing terrorist sites, both in Arabic and Urdu, and these plans includes attacking Fort Bliss. The implications are obvious.

There is a misleading piece of disinformation being circulated which says that the Judicial Watch document, which revealed the existence of an ISIS camp 8 miles from El Paso was based upon a made-up story based upon “revenge” being circulated by a disgruntled employee of the DoD. On its face, this is one the silliest disinformation pieces I have ever seen. Because the Judicial Watch revelation is double sourced which means that a single disgruntled employee did not start this rumor. The ISIS camp is real. And yet, this is what some of the people in Texas who are investigating this even have come to believe.

It is an undeniable fact that an ISIS camp exists 8 miles from El Paso. The documents released by Judicial Watch are clear as to the terrorist intent of ISIS operating within the area.

In an earlier article, I detailed how the Mexican drug cartels are in bed with the terrorist groups Hamas and Hezbollah. This same article also established the fact that the government admited the existence of this connection in 2006 and Tucson police memo reinforced this alliance in 2010.  Hamas and Hezbollah run guns into Syria and Iran on behalf of Russia. Subsequently, it is a mere hop, skip and a jump to connect Russia to the ISIS camp.

Let me state this very clearly. The prior relationships that I established between these various groups all come back to Russia. Therefore, if there is any act of terrorism in any of the border states, especially in Texas, Russia should be held responsible.

Stop and think about the implications of these interconnections. If we ever wondered how America could be attacked by Russian proxy forces, we have stumbled across the answer to that question. The planned insertions of Special Forces in the Midland and Odessa areas speak to the anticipated asymmetric warfare being anticipated in the early part of the conflict.

Paul Martin has repeatedly told me over the past several months that Texans should be prepared to defend themselves because they are going to be overrun.

Additionally, this sets up another terrifying possibility. That possibility would be a “Red Dawn” type of assault upon the United States, in the second phase of this operation, by Russian allies in the region and this will be the topic of the next part of this series.